Why was Latin so important in the Middle Ages? Cillian O’Hogan examines the development of medieval Latin and how it survived the collapse of the Roman Empire.

The Latin language originated in Latium (a region that partially maps onto modern-day Lazio in Italy) early in the first millennium BC. As the language spoken by the inhabitants of Rome, it spread with the growth of the Roman Empire, and was written, read, and understood by millions of people in Antiquity across Europe, North Africa, and the Near East. But Latin did not die out when the Roman Empire collapsed in the West in the fifth century. Rather, it continued to be used as a learned language for the entirety of the Middle Ages: not only in the regions that had formed part of the Roman Empire, but also in places the Romans had never conquered, such as Ireland. 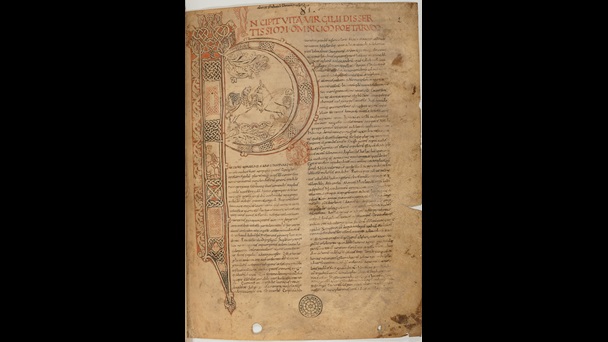 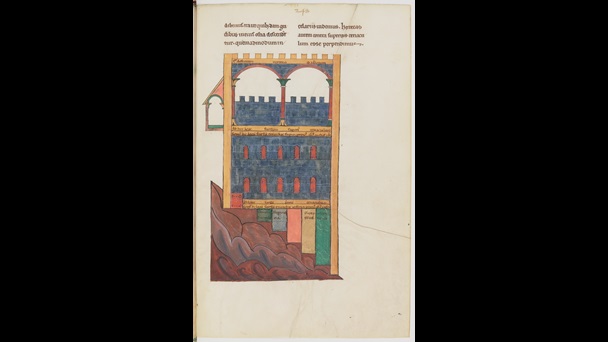 But why was Latin so important in the Middle Ages? There are many possible answers to this question, but two reasons are particularly significant.

Latin and the Church

First, Latin was the language of the Church. All services were conducted in Latin, and the Bible was known in Western Europe in the Latin Vulgate translation, produced by St Jerome (d. 420)  in the late fourth century. Consequently, Latin was considered one of the three sacred languages (along with Greek and Hebrew). Even those who could not read Latin were exposed to it in church services.

Latin was always the official language of the Church, meaning that ecclesiastical business was usually conducted in Latin, as is the case in the letters of Alcuin of York (b. c. 735, d. 804), an English scholar and deacon. His large body of correspondence (partially preserved in British Library, Harley MS 208) includes many letters to church communities in England and France. 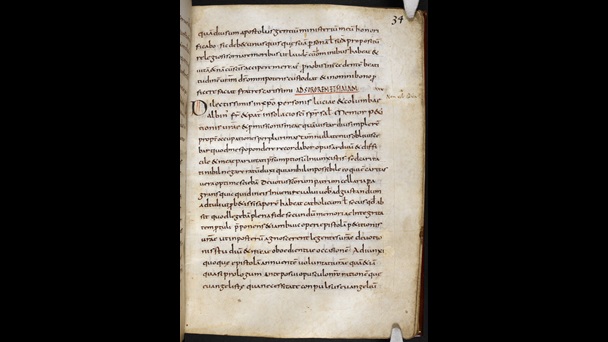 The second major reason why Latin remained so important was because of the foundational role played by the literature and educational treatises of Roman Antiquity in the medieval classroom. The standard textbooks and grammars for learning Latin were compiled in late Antiquity. These authoritative sources, written by people like Donatus and Priscian, were used throughout the Middle Ages. 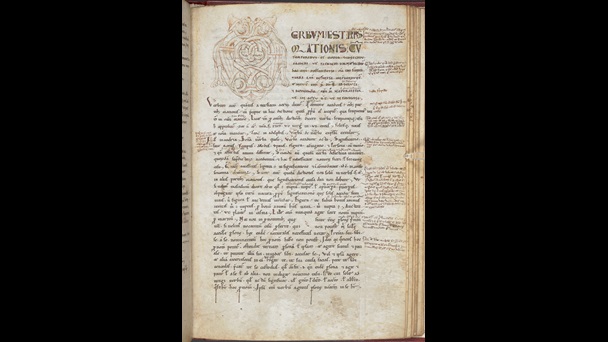 From Classical to Medieval Latin

Latin in the Middle Ages is often viewed as an artificial language: one far removed from the languages spoken in everyday life. It is true that Latin was primarily used for learned purposes such as literature and official business. But this is not so very different from the situation in Antiquity. The Classical Latin that most students today learn, as preserved in the works of Virgil (b. 70, d. 19 BC) or Cicero (b. 106, d. 44 BC) was itself not the same as the everyday Latin spoken by the average Roman citizen.

Both in Antiquity and in the Middle Ages, the learned form of Latin in which sermons, letters, and poems were written was something that followed the rules set down by the grammarians and by literary predecessors. The poetry of an author like Hrabanus Maurus (b. 780/781, d. 856), for example, with the exception of some of his vocabulary, would not have caused any major difficulties for a first-century Roman. 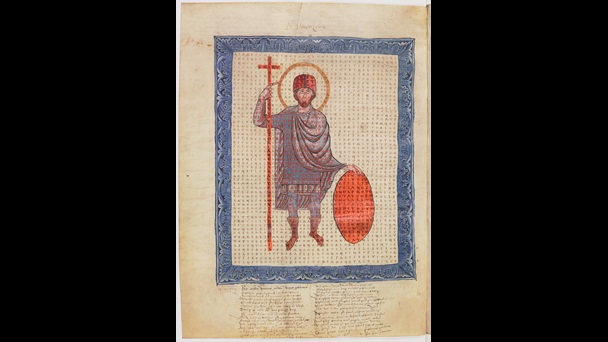 A copy of a poem by Hrabanus Maurus, written in Latin and arranged in an intricate layout that draws from an Antique tradition of arranging words and phrases within figures (BnF, Latin 11685, f. 5v)

Since writers of Latin in the Middle Ages continued to use late Antique grammatical texts as authorities, the basic elements of Latin remained the same as under the Roman Empire. The changes that occurred to the language varied widely across time and place. While the grammatical structure of word endings for verbs, adjectives and nouns (known as morphology) largely remained the same, the most dramatic changes occurred in the way in which words were written down (orthography), in the structure of sentences and nouns (syntax) and in vocabulary. Ecclesiastical terms unknown to pre-Christian Latin authors and words imported from local vernaculars were added to the Latin language. For example, in the life of Æthelwold (b. 904/9, d. 984) by Ælfric (b. c. 955, d. c. 1010), we find the word anaphus, ‘goblet’, a loan-word from the Anglo-Saxon hnœp.

What is Medieval Latin?

Latin in the Middle Ages was diverse: to speak of ‘Medieval’ Latin as opposed to ‘Classical’ Latin artificially lumps together thousands of texts and authors and defines them by what they were not.  It leads to the widespread belief that Medieval Latin was nothing more than a debased form of Latin in which certain rules didn’t apply. Nothing could be further from the truth: in fact, it was the rules as set down by the late Antique grammarians that ensured the remarkable continuity that we find in Latin throughout the Middle Ages.

The difference between Latin texts of the 8th and 13th century is far less than that between English or French texts of the same eras. Latin changed, to be sure, but far less than did vernacular languages, which did not have the benefit of written grammatical handbooks. Latin could absorb changes while staying recognizably Latin: it allowed in new vocabulary from, say, Irish, or the Romance languages, but usually subjected that vocabulary to Latin grammatical rules.  It simplified complex sentence structures, without ever giving up on them entirely.  Equally, spelling reflected a balance between changing pronunciation and the evidence of written texts.

Ancient Romans like Cicero or Virgil or Ovid could easily have read most medieval Latin literature, even if they probably would have struggled to understand it being read aloud by an 8th-century Northumbrian. Rather than seeing a huge gap between ‘Classical’ and ‘Medieval’ Latin it is far preferable to think instead simply of Latin.