Do you call yourself a feminist? For some, the answer is a straightforward ‘yes’ for others, it’s complicated. In this episode focusing on intersectionality we explore why.

The term intersectionality was first used by lawyer Kimberly Crenshaw in the late 1980s to highlight that social justice problems, such as racism and sexism, are often inextricably linked.

In this episode curator Polly Russell is joined by poet, activist and educator Suhaiymah Manzoor-Khan as they explore intersectionality: WHY IT'S ESSENTIAL, how has the term been misused and misappropriated and how looking at the world through an intersectional lens is just a starting point, not an end in itself.

They look back to the 70s and 80s with Gail Lewis, psychotherapist, writer, activist and co-founder of the Organisation for Women of Asian and African Descent, and explore why this discussion is so pertinent now with academic Azeezat Johnson.

Throughout history attempts have been made to silence and ignore women.  They’ve had to fight for a place in politics, had to use male pseudonyms to get published and often find themselves subjected to trolling and abuse when they speak out.

So in this episode, curator Polly Russell and co-host comedian and writer Sara Pascoe are hearing from some women who stand on stage and command attention. They’re having a laugh with broadcaster and writer Sandi Toksvig and stand-up comedian Shazia Mirza as they explore how the comedy scene has changed over time and what still needs to be done.

Strap yourselves in for some very funny conversations and unexpected revelations…

S2 E5 A Scar in Our Society

We’re living in what some have called an epidemic of domestic abuse in the UK. It’s sadly a large part of the ongoing struggle for women’s rights, justice and the ability to live a life free of the threat of violence. In this episode, British Library curator Polly Russell is joined by bestselling author and Women’s Aid Ambassador Holly Bourne to explore why it happens, how it can affect anyone, what is being done to improve the situation, and what still needs to change.

They’re hearing from survivors as well as Pragna Patel, a woman who’s worked to change the landscape over the last 40 years. Pragna is the Director of Southall Black Sisters, an organisation which has been highlighting and challenging all forms of gender-related violence against women since 1979.

When you see a bicycle today 'revolutionary' and 'radical' probably aren't the first thoughts which spring to mind but for women in the late 19th century hopping on a bike was transformative. They could travel where they wanted and when they wanted at speed. In this episode, curator Polly Russell is joined by cyclist, writer and blogger Jools Walker (AKA ‘Lady Velo’) as they pedal through the epic history of women on bikes and explore the politics of cycling today and why the sport is still so important for women. They get a pep talk from daredevil Olympian Victoria Pendleton, take a ride with Velociposse, an all-women’s bike club and hear from cycling sociologist Kat Jungnickel about the pioneering Victorian women who designed new forms of cyclewear.

Actor and activist Jameela Jamil has unfinished business. She joins British Library curator Polly Russell to explore the intersecting realms of mental health and body image. Polly introduces Jameela to Susie Orbach who created the very first Women’s Therapy Centre in the UK. What follows is a fascinating conversation between a frontline feminist waging war against the patriarchy since the 70s and a woman working against body shaming, oppression and injustice today. How have things changed? What’s still the same? And why is women’s mental health still an urgent conversation we should be having? 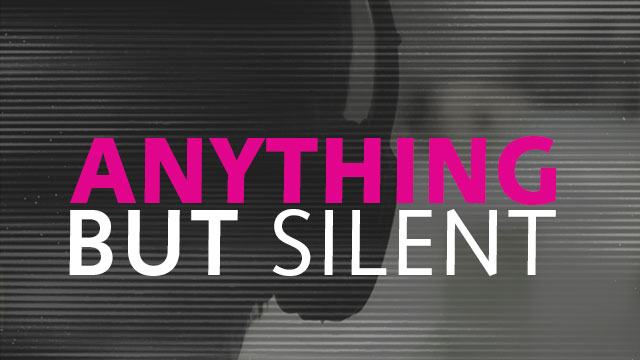