The poet Firdawsī gives the bath house attendant half his paltry reward for writing the Shāhnāmah (IO Islamic 3540, f. 10r)

Our collection of Persian Manuscripts is one of the most important in the world. Consisting of over 11,000 works, our manuscripts come from Iran, Central Asia and India and range from the 10th century to recent times.

The British Library is currently engaged in a programme to enable free worldwide digital access to the Persian collections in partnership with the Iran Heritage Foundation and other supporters. The project involves:

What we have achieved so far

We have completed descriptions for all acquisitions made after 1903.

Our completed catalogue descriptions are being uploaded to the Library's own online catalogue of archives and manuscripts. Additionally details of over 2,500 works are searchable on Fihrist, a union catalogue of the major Arabic script manuscript collections in the UK.

Eighty-eight manuscripts have been fully digitised and are available at British Library's Digitised Manuscripts. Please see our List of digitised manuscripts for details. 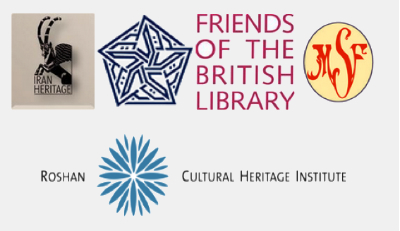 We are currently seeking further funding to extend the project to:
Please get in touch if you would like to support this project.