The diarist and novelist Frances Burney was diagnosed with breast cancer in 1810 and wrote an account of her ‘terrible operation’ for her sisters. Jenni Murray considers why this is one of the most courageous pieces of writing she has ever encountered.

As presenter of Woman’s Hour I’m no stranger to the history of women who, over the centuries, have risen above the prejudice imposed on their gender; women whose lives only began to be uncovered in the latter part of the 20th century as women’s studies became an acceptable subject for academic research. But nowhere could I find a book which gathered together a group of those who had most excited my interest and admiration.

Then came reports in November 2015 that it was proposed to cut feminism from the politics A-level syllabus. The suffragette movement was to be squeezed into a section on ‘pressure groups’ and only one female political thinker, Mary Wollstonecraft, was to be mentioned by name. My son had come home some years earlier with his text book for 20th-century British history and recognised (thank goodness) that something was missing. ‘Mum’, he said, ‘I don’t think this is right. I can’t find any women in this book except half a page on the suffragettes’. That’s my boy!

Then I came across Thomas Carlyle’s assertion that ‘The history of the world is but the biography of great men’, written in 1840, and a comment, in Steve Biddulph’s Raising Boys (1997): ‘It’s important to remember that men built the planes, fought the wars, laid the railroad tracks, invented the cars, built the hospitals, invented the medicines and sailed the ships that made it all happen’.

It became vital to bring together a group of female warriors, poets, playwrights, painters, composers, campaigners, scientists, engineers, doctors and politicians for the benefit of all those young people who need to know that the history of Britain is the biography of great men and women. 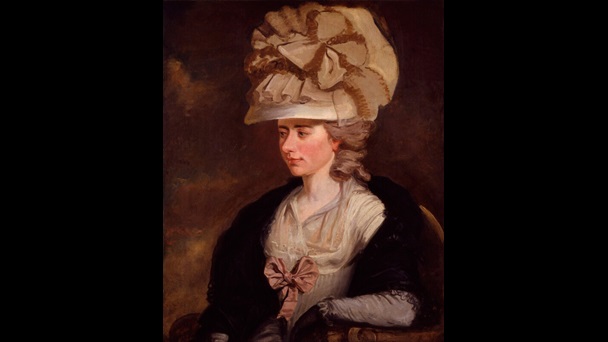 Fanny Burney is one such woman. Though certainly not the most accomplished novelist in the canon of English literature, she was successful in her day, often writing in her fiction about the difficulties faced by women in getting an education, taking control of their own lives and surviving the social whirl of the nouveau riche. Virginia Woolf called her ‘the mother of English fiction’. 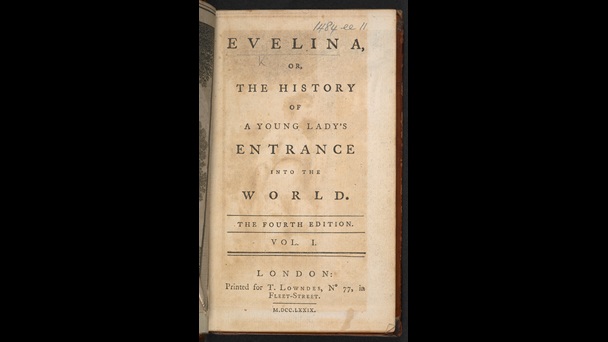 Burney’s first novel, Evelina, was hugely popular in its day. This is the first illustrated edition (1779).

Her diaries are phenomenal, giving us the most gossipy and often scandalous details of life in literary and intellectual London in the late 18th and early 19th centuries. She was at the centre of a circle that included Dr Johnson and his biographer, James Boswell. Her diaries give a far more intimate portrait of Dr Johnson than do the writing of the man she referred to rather scathingly as Bozzy.

Letters from Frances Burney to Samuel Crisp, one defending the single life and the other describing Samuel Johnson 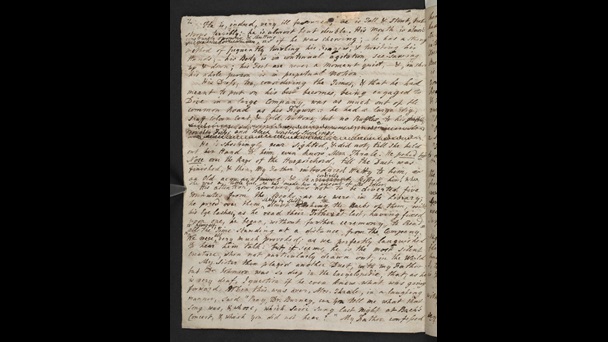 After her first encounter with the famous Dr Johnson, Frances Burney said he was ‘almost bent double’ and ‘shockingly near sighted’, with his mouth ‘almost constantly opening and shutting as if he was chewing’. This is one of several letters edited by Burney with a view to possible publication.

She also wrote one of the most courageous pieces of work I’ve ever encountered. I read it around the time that I, like so many 21st-century women, was diagnosed with breast cancer.

Burney’s is the first example I’ve come across of a woman writing about so intimate an event as a diagnosis of breast cancer and a mastectomy. Even today, when I wrote about my experience, it was regarded as a brave thing to do, though we no longer have any squeamish concerns about speaking the words ‘breast’ and ‘cancer’ out loud. It was generally deemed to be helpful, making it clear that there’s no shame attached to the diagnosis and that it can be endured and survived.

Letter from Frances Burney to her sister Esther about her mastectomy without anaesthetic, 1812 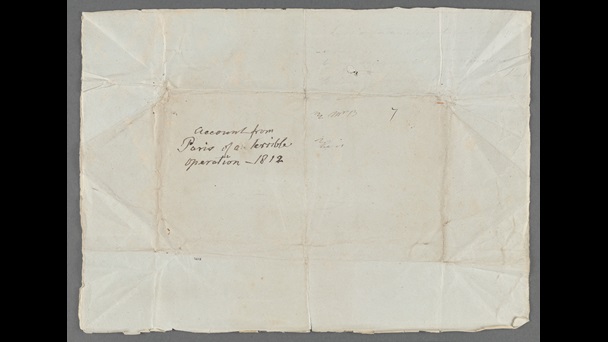 Burney was there first. She was diagnosed in Paris in 1810, at the age of 58, when surgery was in its infancy and there was no effective anaesthetic. Her story was written to her sister, Esther, and was headed ‘Account from Paris of a terrible Operation – 1812’. First, she explains that in August of 1810 she had a pain and a heaviness in her breast. She was referred to a surgeon, and, at first, dismissed the concerns of her family and friends. Her letter is a cautionary tale: ‘I relate this false confidence, now, as a warning to my dear Esther, my sisters and nieces, should any similar sensations excite similar alarm’.

She goes on to describe every horrific detail of what she endured:

Monsieur Dubois placed me on the Mattrass, and spread a cambric handkerchief upon my face. It was transparent however, and I saw through it that the Bedstead was instantly surrounded by the seven men and my nurse. I refused to be held; but when, bright through the cambric, I saw the glitter of polished steel – I closed my eyes.

For now I’ll spare you the remaining horrors and reassure you that the tale has a happy ending. Burney lived for another 29 years after her mastectomy, to the age of almost 88.

Letter from Frances Burney to her sister Esther about her mastectomy without anaesthetic, 1812 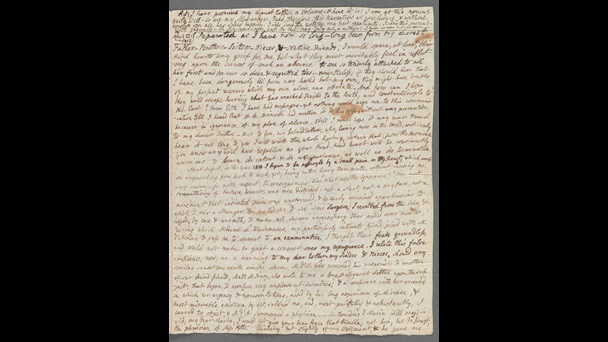 At the start of her letter, Burney adds a reassuring note saying ‘all has ended happily’. She made a ‘perfect recovery’ and lived until 1840.

I love Burney’s writing, especially her diaries. But most of all I love her for making us aware that though the diagnosis is awful and the surgery, even with a full anaesthetic, isn’t pleasant, breast cancer can be survived – and a long and productive life lived after it. For this, she deserves her place among the greatest women.

A General System of Surgery 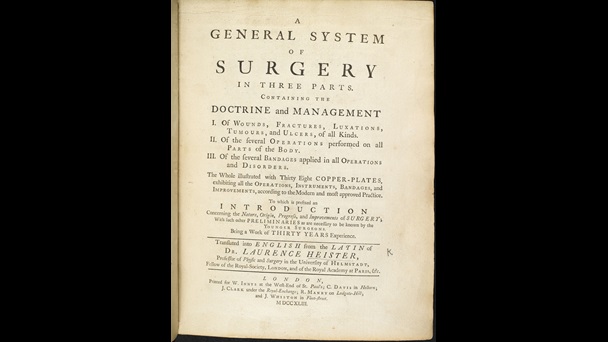 In 1743, when John Hunter wrote this ground-breaking work, anaesthetics were still unknown. James Young Simpson was a Scottish doctor who was very concerned by the pain suffered by patients during surgery and labour. In 1847, he pioneered the use of chloroform as an anaesthetic in childbirth.

‘Fanny Burney wrote one of the most courageous pieces of work I’ve ever encountered’ by Jenni Murray, first published in The Guardian, 7 October 2016 (last modified 22 February 2018).