The science of life and death in Mary Shelley’s Frankenstein

Professor Sharon Ruston surveys the scientific background to Mary Shelley's Frankenstein, considering contemporary investigations into resuscitation, galvanism and the possibility of states between life and death.

Far from the fantastic and improbable tale that Mary Shelley’s Frankenstein now seems to us, the novel was declared by one reviewer upon publication to have ‘an air of reality attached to it, by being connected with the favourite projects and passions of the times’.[1] Among these were the scientific investigations into the states of life and death. Considerable uncertainty surrounded these categories. So much so that it was not far-fetched that Frankenstein should assert: ‘Life and death appeared to me ideal bounds’ (ch. 4). He was not alone in considering that the boundary between life and death was imaginary and that it might be breached.

Galvani, The Effects of Artificial Electricity on Muscular Motion 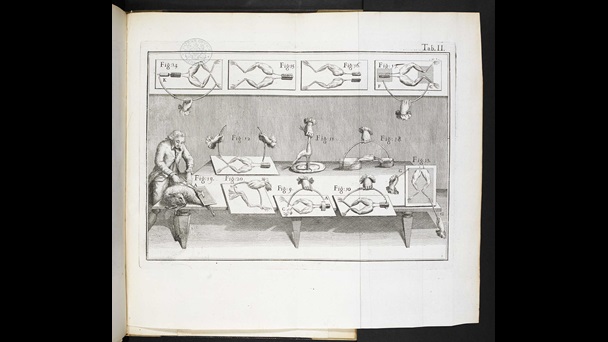 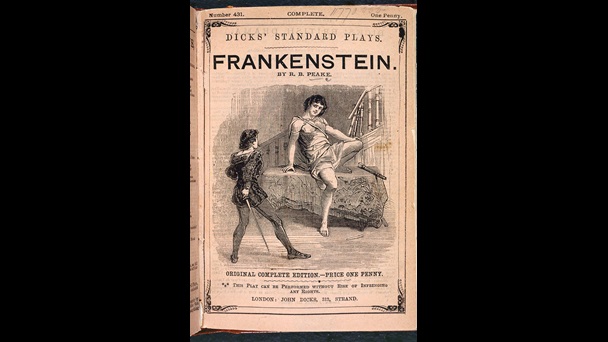 Raised from the dead

Worried by the potential inability to distinguish between the states of life and death, two doctors, William Hawes and Thomas Cogan, set up the Royal Humane Society in London in 1774. It was initially called the 'Society for the Recovery of Persons Apparently Drowned'; its aims were to publish information to help people resuscitate others, and it paid for attempts to save lives (the Society paid more money if the attempt was successful). Many people could not swim at this time despite the fact that they worked and lived along London’s rivers and canals. There was an annual procession of those ‘raised from the dead’ by the Society’s methods, which may well have included people who had intended suicide too. One such seems to have been Mary Shelley’s mother, the feminist, Mary Wollstonecraft, who after leaping from Putney Bridge into the Thames in the depth of depression complained ‘I have only to lament, that, when the bitterness of death was past, I was inhumanly brought back to life and misery’. The pun on her ‘inhumane’ treatment may well refer to the efforts of the Humane Society in rescuing her.[2] The spectacular tales of apparent resurrections from the dead by the Society fed the public’s concern that it was impossible to be sure whether a person was truly dead and, consequently, fears of being buried alive grew. 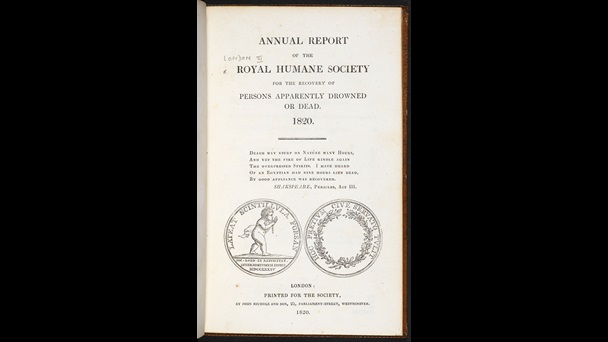 The Annual Report of the Royal Humane Society (1800) describes some of the methods by which the lives of attempted suicides were saved.

There was a scientific basis for the public’s anxieties: the French Encyclopédie distinguished between two kinds of death, ‘incomplete’ and ‘absolute’: ‘That there is no remedy for death is an axiom widely admitted; we, however, are willing to affirm that death can be cured’.[3] In London, James Curry, a physician at Guy’s hospital, and one of the Shelleys’ doctors in 1817, wrote a book that gave information on how to identify what he called ‘absolute’ from ‘apparent’ death.[4] In this book he argued that the putrefaction of the body was the only way to be completely sure that a person was dead. There was interest in states of so-called ‘suspended animation’, such as fainting, coma, and sleeping. Mary Shelley followed contemporary scientific language when she described episodes of fainting within the novel. When Victor Frankenstein creates the creature, he collapses because of a nervous illness and describes himself in this state as ‘lifeless’. In this instance it is Clerval who ‘restored’ him to ‘life’ (ch. 5). Elizabeth faints on seeing the corpse of William: ‘She fainted, and was restored with extreme difficulty. When she again lived, it was only to weep and sigh’ (ch. 7). The language here is of a life lost and restored; while Elizabeth is unconscious, she is described as being dead.

There were serious attempts, too, to reanimate the truly dead: Luigi Galvani found that frog’s legs twitched as if alive when struck by a spark of electricity. In her 1831 Preface to the novel, Mary Shelley mentions ‘galvanism’ as an influence upon her story. Galvani’s nephew, Giovanni Aldini, progressed from frogs legs to attempting the reanimation of hanged criminals, making use of the ‘Murder Act’ of 1752, which added the punishment of dissection to hanging. In 1803, Aldini was able to experiment with some success upon George Forster, who had been found guilty of murdering his wife and child. Onlookers report that Forster’s eye opened, his right hand was raised and clenched, and his legs moved.[5]

In Mary and Percy Shelleys’ tragic personal lives, there is much evidence that they believed the dead could be successfully reanimated. For example, Percy Shelley writes of their child, William Shelley’s last illness: ‘By the skill of the physician he was once reanimated after the process of death had actually commenced, and he lived four days after that time’.[6] Death, it seems, could be reversed.

A debate on the nature of life itself

In the years leading up to Mary Shelley’s publication of Frankenstein there was a very public debate in the Royal College of Surgeons between two surgeons, John Abernethy and William Lawrence, on the nature of life itself. Both of these surgeons had links with the Shelleys: Percy had read one of Abernethy’s books and quoted it in his own work and Lawrence had been the Shelleys’ doctor.[7] In this debate, questions were asked about how to define life , and how living bodies were different to dead or inorganic bodies. Abernethy argued that life did not depend upon the body’s structure, the way it was organised or arranged, but existed separately as a material substance, a kind of vital principle, ‘superadded’ to the body. His opponent, Lawrence, thought this a ridiculous idea and instead understood life as simply the working operation of all the body’s functions, the sum of its parts. Lawrence’s ideas were seen as being too radical: they seemed to suggest that the soul, which was often seen as being akin to the vital principle, did not exist either. Lawrence was forced to withdraw the book in which he had published his lectures and resign the hospital post he held, though he was reinstated after publicly denouncing the views he had put forward. The episode showed just how controversial the categories of life and dead had become and provided further inspiration for Mary Shelley’s novel.

[3] Quoted in Daniel Arasse, The Guillotine and the Terror, trans. by Christopher Miller (Harmondsworth: Penguin, 1989), p. 37.