An introduction to the Baha’i Faith

Peter Smith looks at the central features of the Baha’i Faith, including its history, and the key beliefs, organisation and world-view of the Baha’i community.

The Baha’i Faith is a dynamic world religion with several million adherents from a variety of different religious and cultural backgrounds. The central figure of the religion is Baha’u’llah, and Baha’is consider him to be the latest in a series of divine messengers. His writings, which promote peace and unity, are at the heart of the Baha’i Faith. He was born into the Iranian notability but spent the majority of his life living in exile in the Ottoman Empire due to his involvement with the Babi movement, and later his own claims to divine mission.

What was the Babi movement?

The Babi movement convulsed Iran during the 1840s and early 1850s. In 1844, a young Shirazi merchant named Sayyid ‘Ali Muhammad (1819–1850) had announced that he was the intermediary (the ‘bab’ or ‘gate’) between the Shi‘i faithful and the expected messianic figure of the Twelfth Imam. The Bab quickly attracted followers (‘Babis’) throughout Iran and the Shi‘i areas of what is now Iraq. Widely seen as a pious holy man, his claims were nevertheless implicitly revolutionary: in the presence of the appointed agent of the Twelfth Imam, no religious or secular leader had any independent authority.

The Bab later proclaimed that he was himself the Twelfth Imam, but in a manner that indicated a clear breach with orthodox Shi‘ism. He also promulgated his own book of laws (the Bayān) to replace those of Islam, and announced that he would eventually be followed by the further messianic figure of ‘He whom God would make manifest’.

Mirza Husayn ‘Ali Nuri (1817–1892), who became known as ‘Baha’u’llah’, claimed to be that further figure. After a series of religious experiences he wrote a number of major books that provided the Babis with guidance and hope. He wrote with an obvious sense of the divine presence, but at the same time many of his writings were very direct and readily accessible. These works included the moral axioms of his Hidden Words, a meditation on the spiritual path in his Seven Valleys, and in his Book of Certitude, an account of the history of divine guidance and the promise of further guidance into the future. 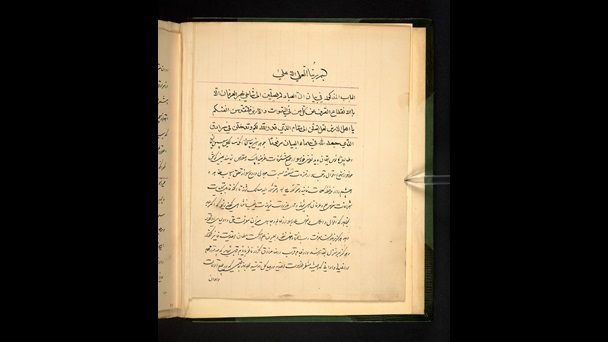 The Kitāb-i Īqān (‘Book of Certitude’) is one of Baha’u’llah’s major works. It was probably the most copied, widely circulated and influential of all Baha’i works, and was also the first Baha’i text to have been authorised for publication.

Once Baha’u’llah had announced that he was the promised one foretold by the Bab many Babis accepted him, adopting the name of ‘Baha’is’, i.e. ‘followers of Baha’u’llah’. A minority of Babis followed Baha’u’llah’s half-brother Mirza Yahya, whose Babi title was Subh-i Azal (the ‘Morn of Eternity’), and became known as Azalis.

Whilst rooted in Babism, the Baha’i movement diverged from it in various ways, notably in Baha’u’llah’s absolute prohibition on his followers taking up arms to defend themselves as the Babis had done, and his wide-ranging vision of a new world order.

Baha’u’llah died peacefully in 1892 at the age of 74. Until his death he continued to write extensively; his writings now been seen as divine revelations by his followers. He also oversaw the expansion of his following beyond its original former Babi membership to a wide cross-section of the Iranian population, including members of the Jewish and Zoroastrian minorities who saw the Baha’i teachings as a fulfillment of their own religions. Baha’is also established themselves in adjoining areas of the Russian Empire, as well as British India and Burma, Egypt and Syria. The Baha’is became an important religious minority in Iran and strong proponents of social ‘modernisation’. They were opposed by religious conservatives who were angered by Baha’u’llah’s claim to be a divine messenger after the Prophet Muhammad, and there was intermittent persecution (including the killing of some Baha’is).

The spread and development of the Baha’i Faith

After Baha’u’llah’s death, the mass of the Baha’is turned to his eldest son, ‘Abbas Effendi, known as ‘Abdu’l-Baha (1844–1921), and after him to ‘Abdu’l-Baha’s eldest grandson Shoghi Effendi Rabbani (1897–1957). Shoghi Effendi was childless so after a brief ‘inter-regnum’, a nine-man elected body, the Universal House of Justice, was formed in 1963. Referred to repeatedly in the Baha’i writings, the Universal House of Justice remains the Baha’is’ ruling body up to the present-day. It is regarded by Baha’is as divinely-guided.

Beginning in the 1890s, the Baha’i Faith began to attract a much wider following outside of the essentially Islamic ‘world’ of its origin. Baha’i teachers who settled in North America found a receptive audience for the Baha’i message and a number of active Baha’i groups were established. American Baha’is in turn spread the Baha’i teachings to Europe. These developments were greatly welcomed by ‘Abdu’l-Baha, who wrote extensively to the new Western Baha’is addressing their concerns, and himself made lengthy visits to the West in 1911–1913. In turn, Shoghi Effendi organised campaigns of expansion to the rest of the world, and since the 1950s, a massive expansion into many parts of sub-Saharan Africa and Asia has occurred. There are now Baha’i communities in almost every country in the world (North Korea is the exception), and Baha’is are drawn from all religious backgrounds and ethnicities. 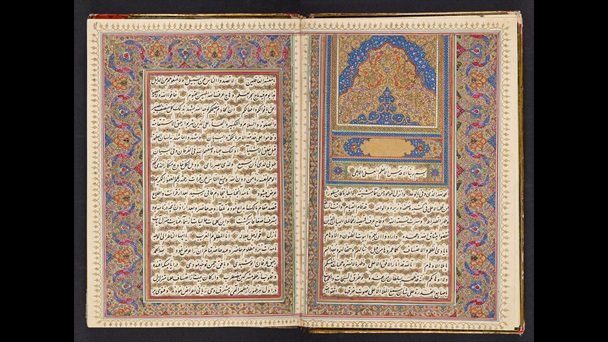 This volume of some of Baha’u’llah’s most important works was presented to the British Museum by ‘Abdu’l-Baha in April 1913, shortly after the conclusion of his visit to Britain. Every page of the volume is illuminated but this opening page is particularly fine. The calligraphy is by Mirza ‘Ali Akbar Milani Muhibb al-Sultan.

What do Baha’is believe?

Baha’is emphasise the importance of their own authoritative texts in describing Baha’i beliefs and practices. These comprise of the authenticated writings of Baha’u’llah, considered the ‘Word of God’, together with the interpretation of ‘Abdu’l-Baha and Shoghi Effendi and the legislation of the Universal House of Justice. The writings of the Bab are relatively neglected, seen as a source of inspiration, but not binding in terms of practice. A substantial ‘canon’ of authenticated material now exists.

What are the Manifestations of God?

The Baha’i Faith is strictly monotheistic. There is only one God, he is exalted above human understanding, so can only be understood and approached via his prophets and messengers (the ‘Manifestations of God’). All the major world religions originally stem from the teachings of the Manifestations of God and comprise an essential unity. The Manifestations of God include Abraham, Moses, Jesus, Muhammad, Zoroaster, Krishna and the Buddha, and in the contemporary period, the Bab and Baha’u’llah. There will be more Manifestations in the distant future.

Each Manifestation addresses both eternal spiritual truths and the particular needs of his time. These needs change over time, so divine revelation is progressive in nature.

Baha’u’llah’s key theme is world unity. The goal of developing a new world society is a paramount need at the present time. Central to the Baha’i Faith is that all human beings are equally God’s creation regardless of gender, race, nationality or creed and should be respected and treated without prejudice. It is essential to work for the equality of men and women and the emancipation of minority groups. For the world’s peoples and nations to live together in peace, international institutions need to be developed and systems of governance have to promote justice and human wellbeing for all.

Is the Baha’i Faith spiritual or rational?

Human beings have the spiritual capacity to recognise God and to follow his teachings as revealed through his messengers. Such recognition enables spiritual progress for the individual and consists of moral action and seeking to grow nearer to God through the ‘spiritual path’ spoken of by the mystics. Evil has no independent existence, such as a figurehead of Satan, but consists of rejecting God’s teachings and allowing oneself to become immersed in selfish desires.

Baha’is believe that the individual soul survives after the death of the body, but the afterlife is beyond our worldly understanding.

Baha’is believe that we have free will, to turn towards God or reject him. They also believe that true religion is compatible with reason, and the Baha’i teachings encourage people to use their intellect in understanding the world (and religion). 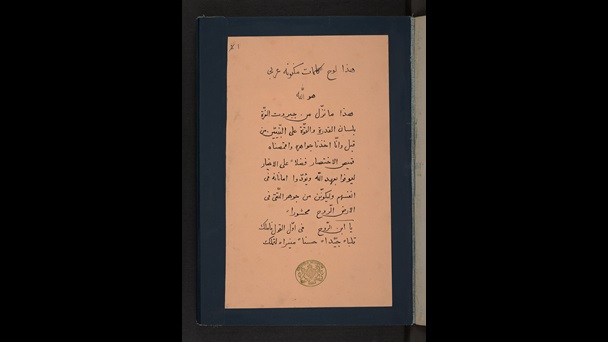 How do Baha’is worship God?

Central to living a Baha’i life is seeking to follow the ‘spiritual path’. This consists both in turning towards God in prayer and contemplation, and a constant endeavour to develop such moral qualities as freedom from worldly attachment, concern for others, kindliness, truthfulness and trustworthiness, humility, patience, chastity and self-control, avoidance of backbiting and gossip, and God-fearingness. Baha’is should avoid religious fanaticism as well as any prejudice and hostility towards those of different religions and cultures.

How is the Baha’i community organised?

Those who are formally members of the Baha’i Faith register with its community organisation at a local or national level, and are encouraged to become actively involved with its activities. They also become subject to the provisions of Baha’i law. Religious membership is regarded as a matter of individual choice and should never be compelled. Baha’i community life is structured around their own distinctive calendar. On the first day of each Baha’i month, the Baha’is in a locality meet together for prayers, consultation on community activities, and a social get-together. They also meet to observe the Baha’i holy days commemorating various significant dates in their history as well as their new year celebration at the March equinox (Spring in the northern hemisphere). Additional meetings may be arranged for study of the Baha’i teachings, prayer and community development. Baha’is have a number of holy sites, some of which they perform pilgrimages to, notably at the present time the shrines of Baha’u’llah, the Bab and ‘Abdu’l-Baha, and other places associated with their lives located in the Haifa-Akka area. The Baha’is also have a small number of temples around the world which are used for devotional services and are open to non-Baha’is.

Is there a law that governs the Baha’i Faith?

Baha’i law includes both individual obligations (including daily prayer and observing a nineteen-day sunrise-to-sunset fast prior to the Baha’i new year), and social regulations (including obtaining parental consent for marriage and not getting involved in divisive party politics). Observance of individual obligations is regarded as a matter of personal conscience, but the social laws are obligatory. The Baha’i administration comprises both locally and nationally elected councils (‘spiritual assemblies’) responsible for the day-to-day management and direction of Baha’i community affairs, and various ranks of teachers (Counsellors, Board Members), who are appointed for fixed terms to encourage and inspire the Baha’is in their efforts, particularly in promulgating their religion. The Universal House of Justice is presently elected every five years by the members of all the Baha’i national councils.

Baha’is are strongly encouraged to promulgate their own religion and seek to alert the wider world to the imperative needs for global unity. As the Baha’i community has expanded, establishing itself globally, the Baha’is have increasingly become more socially engaged, working (often with sympathetic others) to establish programmes for education, literacy training, the empowerment of women and minority groups, and health and community development. They also support the work of the United Nations, seeing its purposes and activities as broadly overlapping with their own. As such, the Baha’i message is not for the Baha’is alone.

More articles on The Baha’i Faith