Zoroastrianism from the early modern period

The death of Yazdegerd III in 651 CE and the Arab Muslim incursion into Iran marked the end of Sasanian Zoroastrian rule. Although many Zoroastrians remained in Iran under Muslim rule, with some families maintaining key bureaucratic positions for generations, by the 10th century Zoroastrians had become a religious minority. Sizeable communities survived in central Iran, however, particularly around Yazd and Kerman. In the centuries immediately after Yazdegerd’s death, some Zoroastrians chose to leave Iran and migrate to other regions. The Zoroastrian cultural and religious heritage had a lasting impact on the development of Islam in the region and beyond.

One of Yazdegerd’s sons, Peroz, made his way with some followers via Sistan to the Tang court in Chang’An (modern Xi’an), China. The Tang capital already had a sizeable Sogdian Zoroastrian mercantile community and at least one fire temple at the time of Peroz’s arrival in around 673 CE. The Tang emperor is said to have permitted the construction of a ‘Persian temple’ for Peroz. A Sogdian Zoroastrian community continued to flourish in Dunhuang (western China) into the early 10th century.

The Ashem Vohu, a Zoroastrian prayer 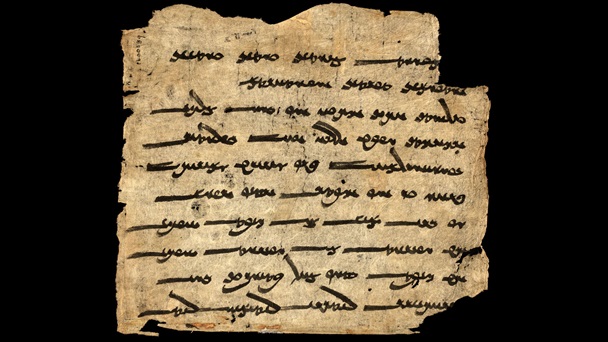 The early Zoroastrian migration to India

Other Zoroastrians made their way to the Gujarati coast of India, settling in the coastal towns of Sanjan, Navsari, Bharuch, Surat and Khambhat. Some of these places would have been familiar trading centres for Sasanian merchants. A narrative written in 1599, known as the ‘Story of Sanjan’ (Qiṣṣah-ʼi Sanjān), tells how a group of Zoroastrians left Iran ‘for the sake of the Religion,’ sailing from the Iranian port of Hormuz to Sanjan, where they persuaded the local Hindu ruler to allow them to land, and to install a fire temple which they named ‘Iran Shah’ (‘King of Iran’). After being housed in consecutive sites to keep it safe, the fire was relocated in 1742 to a purpose-built Atash Behram (‘victory fire’) in Udvada. This is the most sacred Zoroastrian fire temple in India, thought to be the oldest continuously burning fire in the world.

The migration of the Zoroastrians from Iran to India: Qiṣṣah-‘i Sanjan (Story of Sanjan) 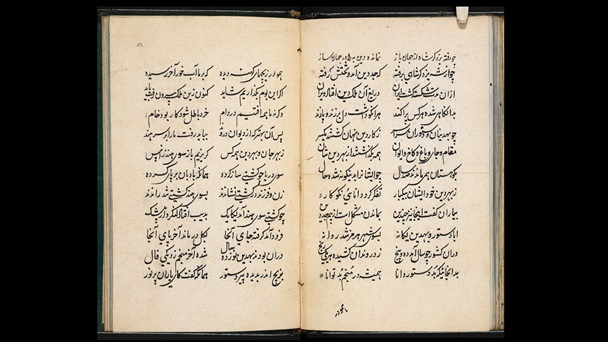 Qiṣṣah-ʼi Sanjān (‘Story of Sanjan’), the legendary account in Persian of the Zoroastrian migration to India. India, 1738 CE.

The initial Iranian Zoroastrian migrants to India were referred to as ‘Parsis’ (‘from Persia’). In Gujarat, the Parsis established themselves in the shipbuilding and carpentry activity of the ports, as agriculturalists further inland, and in the textile and spice trades.

The religious texts of the Parsis

One of the promises that the early Parsi migrants are said to have made to the Hindu raja when they came ashore at Sanjan is that they would speak the local language. Beginning in the late 14th century, some Zoroastrian texts use Gujarati, although from the 15th century until the mid-17th century, Persian was the main literary language. A series of letters between Iranian and Indian Zoroastrians, known as the Rivāyats, contain an exchange of information spanning almost three centuries from 1478, in which Iranian mobeds (priests) address the religious concerns of their co-religionists in Gujarat. 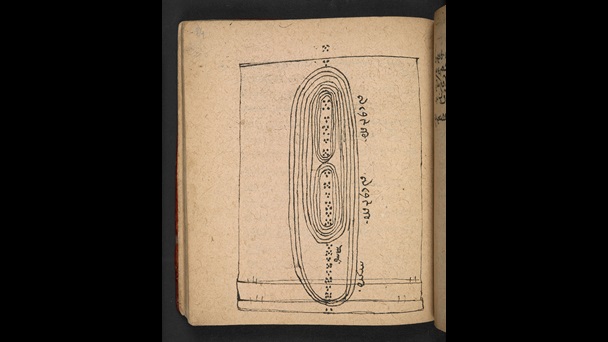 Diagram of the layout for the ritual of the nine-night purification ceremony (barashnum) from a volume containing several Rivāyats. India ca. 1651.

Parsi priests and lay scribes continued to copy sacred texts in Avestan and Middle Persian (Pahlavi), as well as New Persian prose texts, such as the Sad dar (‘100 doors’) and the Zarātusht nāmah (‘Life of Zoroaster’) into the mid 19th century. Variant forms of the Sad dar contained practical guidance relating to a hundred topics, and were used to teach the religion to the laity.

Life of Zoroaster in Persian verse 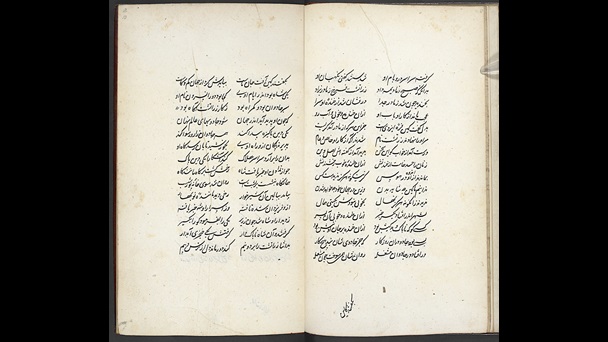 The Life of Zoroaster (Zarātusht nāmah), composed in Iran in the 13th century. Text copied in India, 17th century.

Some Pahlavi versions of Avestan texts were translated into Sanskrit by the Parsi priest Neryosangh Dhaval, who is traditionally dated to the 12th century. There are surviving Parsi Sanskrit versions of the Khordah Avesta and Yasna, and some Middle Persian books. These medieval Parsi Sanskrit texts formed the basis for later Parsi Gujarati translations of their sacred literature, and the Gujarati versions became the main source of reference. In the mid-17th century, Ervad Rustam Peshotan of Surat became the first Parsi to produce original literary works in Gujarati. Three of his four versified narratives survive – the Zartosht nāmu, the Siyāvash nāmu, and the Ardāvīrāf nāmu. These are all expanded versions of earlier New Persian texts, adapted to an Indian environment.

Parsi Gujarati used the local Gujarati of Surat and its environs, but also added Persian vocabulary and literary forms. Many Parsis still speak and write Gujarati, using a distinct dialect with expressions, idioms and ideas particular to their community. Similarly, in Iran, some Zoroastrians around Yazd and Kerman developed an Iranian ethnolect known as Dari or Behdinani, which once had a significant oral literature, and is still occasionally the language of teaching in Zoroastrian schools in Yazd.

In the 1720s, a Zoroastrian mobed from Kerman, named Jamasp, travelled to Surat. There, he encouraged Parsi Zoroastrians to adopt the same calendar as their co-religionists in Iran, since their calendars differed by a month. This adjustment through the addition of an intercalated month (kabisa) every 120 years, was accepted by some Parsis, and became known as the Qadimi (‘old’) date. Those who did not adjust the calendar were known as Shahanshahi (or Shenshai) – those who followed the ‘imperial’ date.

Later in the 18th century, a Qadimi priest, Ervad Kavasji Rustamji, and his son, Peshotan, travelled from Surat to Yazd, where they spent several years studying Avestan, Middle Persian and Persian language and manuscripts. They returned to India with a Persian manuscript that addressed seventy-eight questions, known by its Gujarati title Ithoter [seventy-eight] Rivāyat. After their time in Iran, Ervad Kavasji was known as Mulla Kaus, and Peshotan as Mulla Firuz. These and other Qadimis adopted the language of their Iranian co-religionists, as well as some liturgical variations and ritual practices. Mulla Kaus owned a manuscript, purportedly of Iranian origin, said to have been transmitted from a primordial prophet until written down during the reign of the Sasanian king, Khosrow Parviz (590–628). In 1818, Mulla Firuz published this text, the Dasātīr-i āsmānī (meaning ‘celestial rules’), together with its Persian commentary and an English translation.

The Celestial Rules of the philosopher and religious leader Azar Kayvan 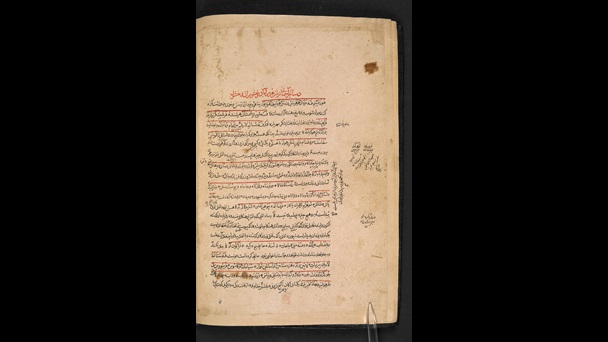 The Dasātīr, although not accepted as authoritative (or authentic) by all Indian Zoroastrians, was considered important by a neo-Zoroastrian movement in Patna, known as the Abadi sect. The beliefs and practices of this group, which combined some Zoroastrian cosmological ideas with those of Sufism and Twelver Shi‘ism, are described in the mid-17th century Dabistān-i Mazāhib (‘School of religious teachings’). 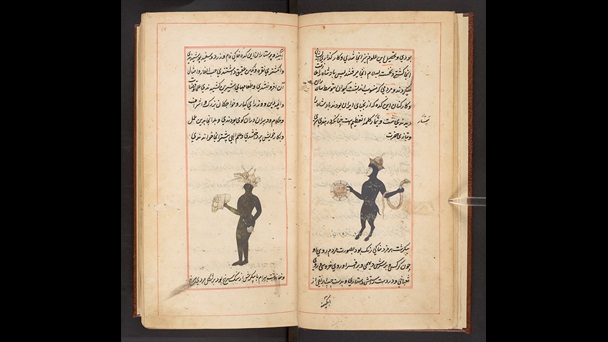 Kayvan (Saturn) and Hormazd (Jupiter), two of the seven planetary deities described in the popular religious encyclopedia the Dabistān-i Mazāhib.

The symbols, belief system and some of the practices (particularly that of exposure of the dead) of the ‘Persian religion’ - now generally known as ‘Zoroastrianism’ - have been the focus of European interest since the time of Herodotus. It remains a religion that is not widely known, however, and has been studied by comparatively few scholars through the ages.

Some of the earliest accounts of the religion in the modern period come from British chaplains attached to the English East India Company factory in Surat, which was established in 1612. Reports by two EIC chaplains, Henry Lord and John Ovington, provide details of the Parsis in Surat. From Lord we learn that Parsis had amended their diet to avoid beef and pork, so as not to offend their respective Hindu and Muslim neighbours.

Between 1640 and 1667, the French merchant Jean Tavernier encountered these descendants of the ‘ancient Persians who adored fire’ in Surat (India), and Isfahan and Kerman (Iran). His book, Six Voyages, included descriptions of Zoroastrian purity regulations, rites of passage, and eschatology, but sometimes neglected to make a distinction between the Zoroastrians of Iran and those of India.

In the later part of the 17th century, some Parsis began to leave Gujarat for the developing port city of Bombay. Gerald Aungier, the president of the Surat factory, had moved to Bombay as its second Governor in 1669, and introduced a scheme of planned migration to the city, which encouraged Parsis to relocate from Gujarat.

Thomas Hyde, the Librarian of the Bodleian Library in Oxford from 1665, developed a network of connections among EIC officials in India, including Aungier, who purchased a number of Zoroastrian manuscripts that are now in the British Library. Although Hyde owned several Avestan texts, he could not read Avestan, or Middle Persian, but did know Persian well enough to translate a copy of the Sad dar Nazm. In 1700 Hyde, by then a Professor of Arabic and Hebrew at Oxford, published his Historia religionis veterum Persarum eorumque magorum (‘History of the Religion of the Ancient Persians and their priests’), which influenced European awareness of the Zoroastrian religion for the next century. In the mid-18th century, a French visitor to Surat, named Abraham Hyacinth Anquetil Duperron, studied with local Parsi priests Dastur Darab and Mulla Kaus. Duperron acquired several Avestan, Middle Persian and Persian Zoroastrian manuscripts, which he brought back to France. In 1771, his translations of some of these texts, along with his observations on the beliefs and practices of the Parsis, were published in Paris. This represents the earliest attempt at deciphering Avestan texts into a European language.

Shortly after Duperron’s Zend-Avesta appeared, another EIC official, a surgeon named Samuel Guise, began collecting Zoroastrian texts, first in Bombay, then Surat. Part of his collection included Dastur Darab’s library, which he brought back to Britain on his retirement in 1796.

By then, merchant mariners from the newly-independent United States had begun to arrive in Bombay (Mumbai), and to work with Parsi agent-brokers there, boosting the wealth and infrastructure of both Boston and Bombay over the next half-century. In 1813, the first missionaries to arrive in Bombay were Americans from Massachusetts, but it was a minister of the Church of Scotland, Rev. John Wilson, who caused the most upset to Parsi Zoroastrians, attacking their religion in public debate and in print. This galvanized Parsis to learn more about their religion, and some travelled to Germany to study with scholars there. At the beginning of the 20th century, several Parsis studied with Professor A.V.Williams Jackson at Columbia University, New York.

From the early 20th century, several factors brought wider attention to the religion and its adherents, and a renewed focus on the pre-Islamic history and culture of Iran. Later political factors included the independence of India, and the Iranian Revolution, which stimulated Zoroastrian emigration to the UK, Europe, Australasia and North America. The end of the Soviet Union in 1991 opened up Central Asia to international archaeological teams, who discovered, or re-examined, many sites and artifacts associated with eastern Iranian Zoroastrians, particularly Sogdians. New perspectives gleaned from these, and other materials relating to Sogdian Zoroastrians found recently in central China, have led to a re-interpretation of the forms of the religion in late antiquity.

Although few in number – with somewhere around 130,000 adherents worldwide, according to recent surveys – Zoroastrians are now found across the globe, mostly in urban communities. The most numerous group is in Mumbai, India, but several Zoroastrian communities survive in Iran to the present. Zoroastrians in these two ‘homelands’ form a link between the past development and impact of the religion, and its modern expressions.