The red line was used by the British negotiating for peace with the Americans to demonstrate their interpretation of the boundary between the United States and the provinces which later formed Canada. The map was presented to George III to show him how the proposed boundaries might work.

As Britain recognized its military failure, it successfully pursued peace negotiations with France, Spain and the United States, and later came to terms with the Netherlands. Although Britain lost the United States, it maintained much of its international influence. Britain also reassessed its relationship with its army and empire.

On 5 March 1782, twelve years after the Boston Massacre, Britain entered into peace negotiations with the French and Americans. The former North American colonies were not at the centre of the major powers' strategic concerns, and the United States negotiators, John Adams, Benjamin Franklin and John Jay, took full advantage of France and Britain's fears of growing Russian influence over the Ottoman Empire and need for rapprochement in order to secure the greatest advantage to their young nation. The French and British ministers, Vergennes and Shelburne, also believed that a United States of America offered lucrative opportunities for trade and that a generous treaty would encourage economic links.

In the resulting Peace of Paris (1783) Britain recognised US independence and agreed to cease hostilities and withdraw her troops. The United States recognised the debts owed to British creditors and promised to 'earnestly recommend' the restitution of property seized from those who had remained loyal to Britain. Much of the US-Canadian border was confirmed, and Britain renounced its Mississippi claims and returned East and West Florida to Spain. The last British troops sailed from New York City on 25 November 1783.

Despite the British negotiators' belief that they had gained the benefits of North American commercial relations without the cost of defending colonies, the treaty attracted popular and political hostility. Numerous pamphlets attacking the king and his ministers can be found in the British Library's collections, as well as loyalist publications. Shelburne's personal and political papers are also held by Manuscripts Collections. Papers relating to John Jay's Treaty, which helped to normalise Anglo-US relations and liberalise trade can also be consulted.

Copies of Loyalist papers can also be consulted in the Manuscripts Collections (e.g., Haldimand Papers, Add. 21821-21829) 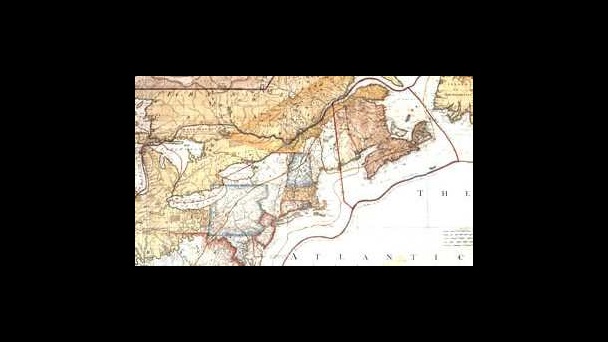