The cost of empire: the Seven Years' War and the Stamp Act crisis

The conflicts of the 1750s between Britain, France and other European powers changed the balance of power in the Americas. In 1763, Britain emerged from the Seven Years' War as the dominant power in North America

The British government thought it fair that the American colonies should contribute financially to the defence of the expanded empire. These measures and their crude and corrupt administration sparked widespread protest and opposition from the colonists.

In 1765, Parliament attempted to raise £100,000 for the American military garrison by a 'stamp tax' on colonies: a tax on paper, which had to be watermarked, or 'stamped' before use by printers or for legal documents. Those who did not comply would be tried without jury in vice-admiralty courts.

In protest at what were seen to be unfair and repressive measures, representatives from nine of the thirteen colonies met at the New York 'Stamp Act Congress' in October. The Congress issued a 'Declaration of Rights and Grievances', arguing that the Act contravened their long-standing rights as Englishmen not to be taxed without representation. Ports refused to trade with Britain and officials were barred from collecting the tax.

On 18 March 1766, Parliament recognised the Stamp Act's failure and repealed it, but at the same time asserted its right to tax the colonies. Relations between the colonies and Parliament remained irrevocably soured.

'Destruction of the Tea in Boston Harbour' in The Park and its vicinity in the City of New York, New York, 1867. 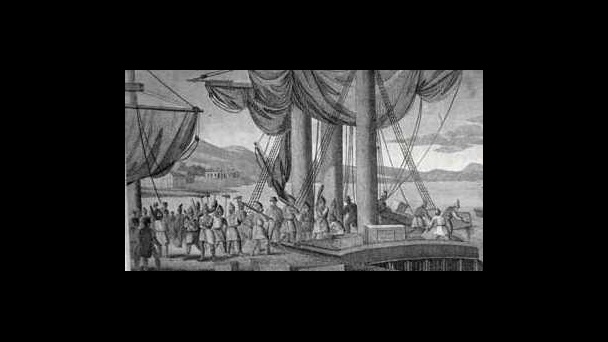 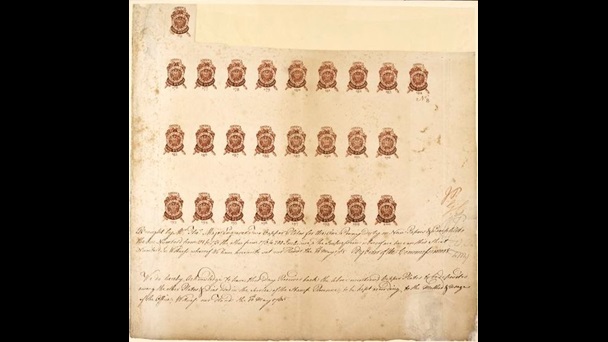 These tax stamps were issued as a result of the 1765 Stamp Act passed by the British Government to extract taxation from its American Colonies to contribute towards the cost of their defence from enemy forces during the Seven Years War.