The North American colonies and the British Empire

The European countries of Spain, France and Britain all had important interests in North America, not least because these colonies promised future wealth and were strategically important to the sugar, tobacco and coffee islands of the Caribbean

By the mid-eighteenth century, the British North American colonies were well-established settlements, closely tied into Atlantic and Caribbean trading networks. Although religious beliefs provided the motivation for many settlers, others also saw the colonies as an opportunity to own their own land, work for themselves or find their fortune. From fish and furs to tobacco and timber, it seemed that great wealth could be made from securing exclusive mercantile access to these lands, which also traded closely with the sugar isles of the Caribbean.

Competition over these resources intensified the conflict between Britain, France and Spain (the major European powers in the Americas), and the British colonies had to be defended from French and Native American attacks.

Who should meet these costs became the question of the day.

'The historie of travaile into Virginia Britannia ... as collected by William Strachey, Gent.' 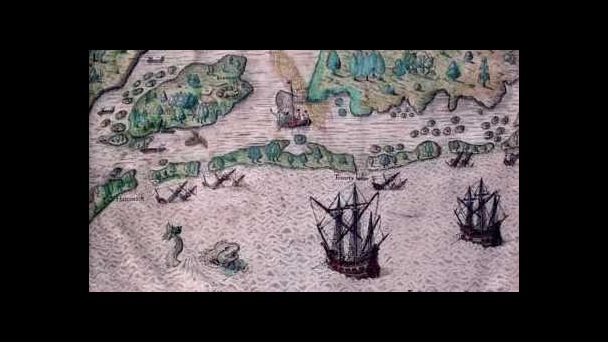 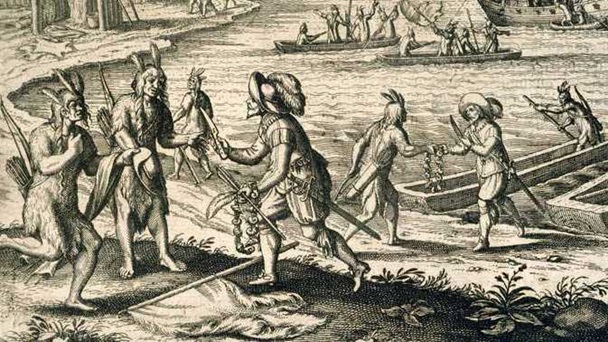 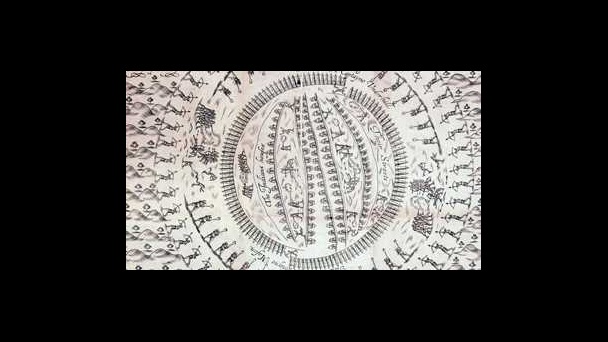