The Pamphlet War and the Boston Massacre

'Being master of my time, I spend a good deal of it in a library, which I think the most valuable part of my small estate' John Dickinson

Colonists had thought of themselves as part of the extended British nation, but by the outbreak of Revolution, many came to see themselves as Americans, with different interests to the colonial powers. The ideas behind this transformation were spread by pamphlets of all kinds.

The Stamp Act Crisis underlined the differing interests of the colonists and Parliament and helped to reinforce a growing sense of American identity. Although the government repealed the Stamp Tax, the Townshend Revenue Acts (1767), which placed duties on tea, glass, lead, paper and paint, and the Tea Act (1773) added to the colonists' grievances.

Wildly popular pamphlets such as John Dickinson, Letters from a Farmer in Pennsylvania (1767) gave voice to these complaints. Patriots founded circulating societies, helping to spread news and revolutionary comment.

In 1774 the 'Intolerable Acts', which removed Massachusetts' right to self-government, further radicalizing dissent. Men such as Sam Adams and Paul Revere called for complete independence from the British Crown. The Library holds several examples of such items (and many more in surrogate as part of the Early American Imprints series).

Such writings helped to define American Republicanism, helping to justify calls for independence and to conceptualise the new American nation state.  According to contemporary political theory, republics were preferable to monarchies, but they were also easily corrupted and prey to powerful vested interests.  To counter this danger, the new nation required a virtuous citizenry. This quality of 'virtue' was to be found in the independent and self-sufficient hearth of the craftsman or farmer, rather than in the large houses of merchants or plantation owners.

Thomas Paine's Common Sense (1776) encapsulated the American argument, vigorously arguing in an accessible style for a nation in which the people were sovereign and the aristocracy had no place. Paine believed that a democracy government could take root in the North American continent because of the virtuousness of the American people.

A Copy of Paul Revere's engraving of the Boston Massacre, The Massachusetts Calender, for...1772...By Philomathes 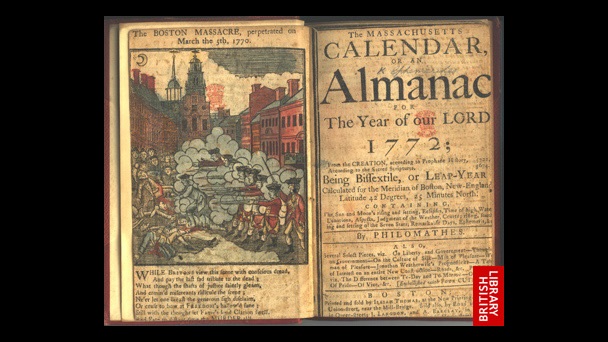 The Rights of Great Britain Asseted against the Claims of America, 2nd edition,London, 1786 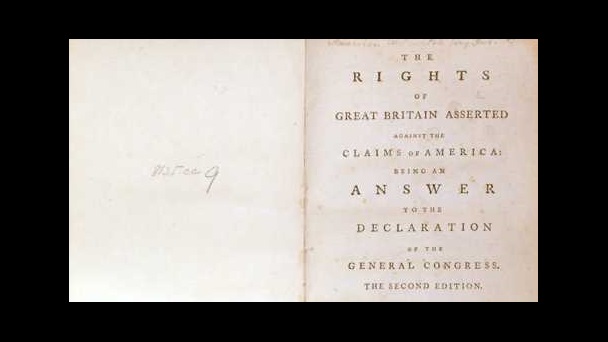 John Dickinson, Letters from farmerin Pennsylvania, to the Inhabitants of the British Colonies, Philadelphia, 1768 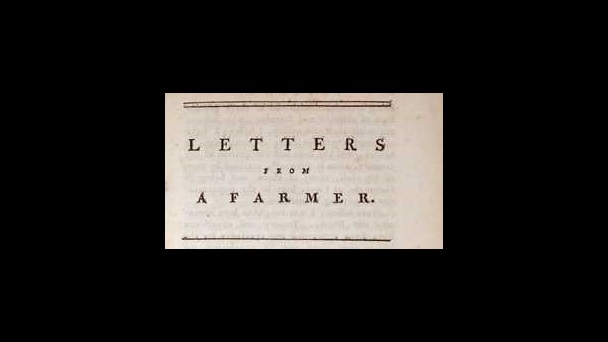