The War of Independence

In 1775, opposition became armed rebellion. Many of the participants of the Continental Congress at Philadelphia, including Benjamin Franklin, assumed that victory over the British would be accomplished with relative ease

In reality, as George Washington, who had been granted the command of the newly-raised Continental Army, saw, the campaign would be long and difficult. Ultimately, independence could not be gained without foreign aid, especially French naval and financial support.

The War of Independence (1775–1783) was fought on several fronts and in novel ways, with small-scale skirmishes involving light infantry and militia often as important as fixed battles. America formed the Continental army, while Britain relied on German mercenaries as well as British and Irish troops.

Following early American successes at Lexington Green (April 1775), Concord and the Battle of Bunker's Hill, the British evacuated Boston by sea. The revolutionaries failed to defeat the British forces in Canada, and in early 1776, the British General Howe arrived with 30,000 men, successfully retaking New York. Washington managed a morale-boasting victory at Trenton on Boxing Day 1776, but the British then took Philadelphia. Other British forces moved down from Canada towards New York in an attempt to surround New England. This march, however, met with disaster, and 5,700 British, German and Loyalist troops under the command of Major General John Burgoyne surrendered at Saratoga, New York State, in October 1777.

The remaining British forces retreated from Philadelphia to New York and, believing the slave-owning colonies more supportive of British rule, concentrated their campaign on the south, taking Charleston in 1780. More British victories followed, but in 1781, the Americans won military and financial support from the French. Crucially, the French fleet secured the Chesapeake Bay against British reinforcements and the British forces under the command of Lieutenant General Cornwallis surrendered at Yorktown (October 1781), destroying any remaining British hope of eventual victory. Parliament voted to end the war on hearing news of the defeat. 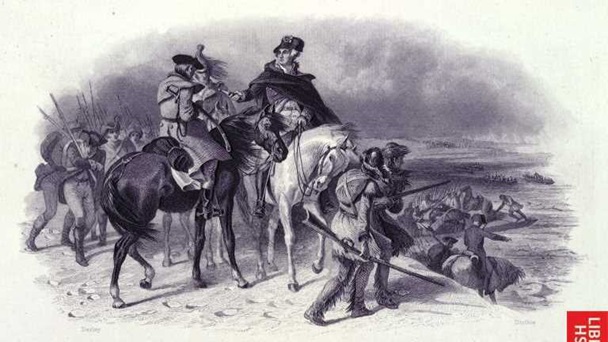 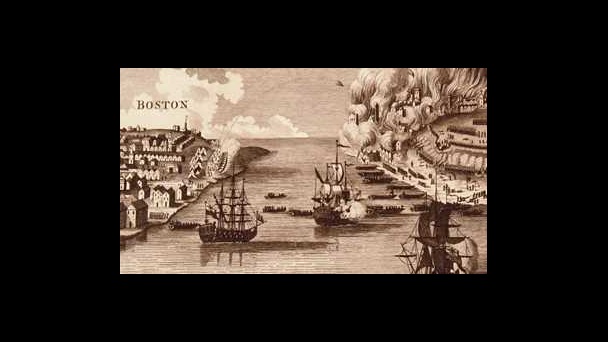