18th-century voyages for the Northwest Passage

There were many expeditions in search of a Northwest Passage during the 1700s. They include the voyages of Frances Smith, Samuel Hearne and James Cook. By the end of the century, George Vancouver had explored the northwest coast in detail.

In 1670 the Hudson's Bay Company (HBC) was founded as a commercial enterprise to obtain furs with trading rights over the vast region named Rupert's Land. But in its early years the Company was unwilling to undertake costly and dangerous discovery ventures. It was Company veteran and former governor, James Knight, who in his seventies in 1719 made the next attempt to find a passage to the East. Knight's expedition in the Albany and Discovery sailed from Gravesend accompanied by two HBC supply ships. After the supply ships left for their Company posts in Hudson Bay, Knight's two ships vanished into oblivion.

But the idea that there was a passage did not vanish and throughout the 18th century there were a number of voyages in search of one. Among these were the voyages of Christopher Middleton and of William Moor and Frances Smith. The instigator of both of these expeditions was the indefatigable Irish MP Arthur Dobbs who was one of the main publicists for the Northwest Passage. Dobbs fell out with Middleton after the latter failed to find a passage and a pamphlet war between the two ensued. Moor and Smith fell out with each other and were questioned by a Parliamentary Committee on their return home. Despite these setbacks Dobbs continued to believe in the existence of a passage until his death. 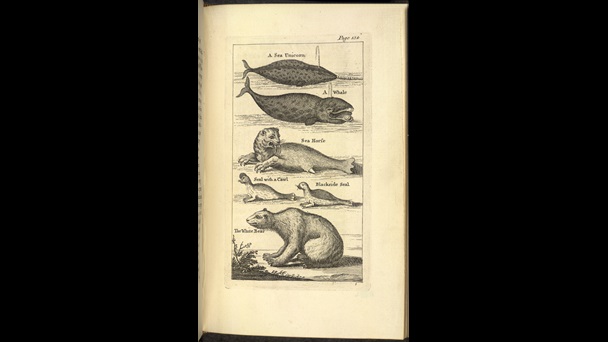 A 'Sea Unicorn' and other animals, from an account of the Moor/Smith expedition. 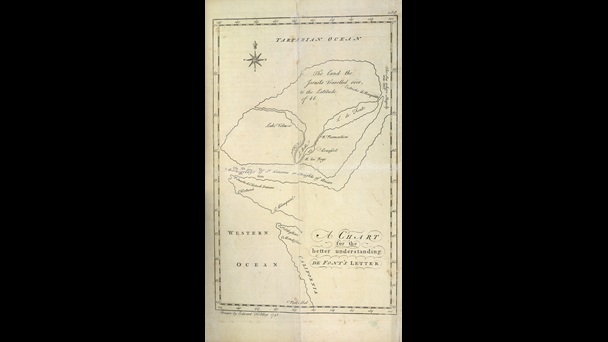 A chart for the better understanding of De Font's letter.

Other expeditions seemed to prove that there was no such passage through the continent despite the publicists and speculative geographers. Samuel Hearne was chosen by the HBC to search for a western passage across the barren lands of northern Canada. He travelled in the 1770s along the Coppermine River to the Arctic Ocean. His glimpse from the Coppermine of a possible ice-free sea would revive hopes for a passage, and four years after his return a new attempt would be made by way of the Pacific.

A journey from Prince of Wales's Fort in Hudsons Bay 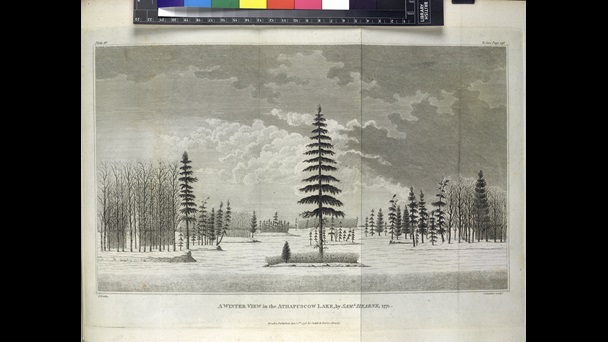 Illustration is of Athapuscow (now Athabasca) Lake, which Hearne discovered in 1771.

In July 1776, James Cook began his third circumnavigation with the intention of searching for the Northwest Passage. He reached the Pacific coast in 1778 and sailed north to Alaska and then through Bering Strait only to find his way blocked by a great mass of ice. Cook turned back to meet his tragic death in Hawaii on 14 February 1779 although his ships under the command of Charles Clerke resumed the fruitless Arctic search until Clerke in turn died of consumption. 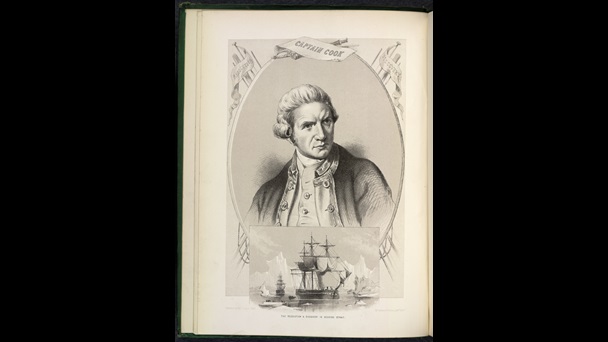 Cook had discovered a river (Cook Inlet) that fur trader Peter Pond believed was the mouth of a large river flowing westward from the Great Slave Lake. In 1789 Alexander Mackenzie set out from Fort Chipewyan on Lake Athabasca to test Pond's theory. But he found that the river (the Mackenzie) led to the Arctic not the Pacific. George Vancouver, who was on Cook's second and third expeditions, completed Cook's work on the northwest coast, exploring it in detail over three summers in the 1790s. In his journal, which he published in 1798, he claimed he had removed “every doubt” about the existence of a passage “between the North Pacific, and the interior of the American continent, within the limit of our researches”.