Dr Shayne T. Williams, Ph.D, looks at how James Cook’s landing in New South Wales, Australia might have been experienced and interpreted by the Gweagal people.

I grew up on the Aboriginal reserve at La Perouse on the northern arm of Botany Bay. My connection with Botany Bay is historical; but it is not merely historical, it is more importantly cultural. It is cultural because both my grandmothers were proud Dharawal women.

Dharawal Country runs from Botany Bay, through the Illawarra, to the northern side of the Shoalhaven on the South Coast of New South Wales. This means that I have had the privilege to live most of my life within the Country of my ancestors. My attachment to Botany Bay is therefore deeply spiritual. 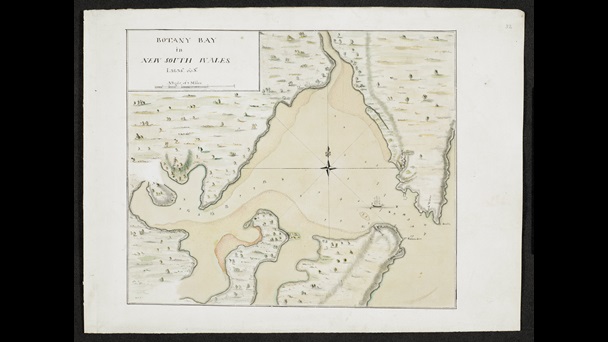 Dated 1770, this map of Botany Bay provides a meaningful first impression of lands of the salt water peoples of Kamay (Botany Bay). Far from being ‘terra nullius’, that is devoid of human occupation, this territory was the spiritual homeland (Country) of several Indigenous Australian cultures. The southern side of Kamay was Gweagal Country. It was on Gweagal Country that Lieutenant Cook, and his landing party, first encountered the Gweagal warriors that were portrayed by Sydney Parkinson. In looking at this map I am reminded of the magnificence of this country as a plentiful and spiritually diverse place for our peoples.

The perspective I offer here comes from a place of profound spiritual respect for the Gweagal clan of Botany Bay, who first encountered Lieutenant (later Captain) James Cook in 1770, during his voyage on the Endeavour.

What I need to stress however, is that Cook’s landing remains equally symbolic for us. It is symbolic because it portended the end of our cultural dominion over our lands. Not surprisingly, discussion of Cook’s landing sparks a sadness among my peoples – a sadness that laments Cook’s voyage, precipitating some 18 years later, the landing of the First Fleet (1788). With the First Fleet came the legal fiction terra nullius, a fiction that was applied to justify colonial subjugation of us.

So, what happened when Cook landed at Kurnell? What did Cook and his fellow travellers think of us? We gain some insight into this through Cook’s journal, where he recalls that his landing party encountered two men and that a rock that was thrown by one of the men. He then goes on to describe the firing of a warning shot, followed by two other shots, noting that one man was wounded. He described the men discharging spears in his party’s direction, hence the need to fire. He also described wandering towards a dwelling area and collecting spears from that area. From this account, Australia’s history shows that Cook was attacked by ‘natives’. 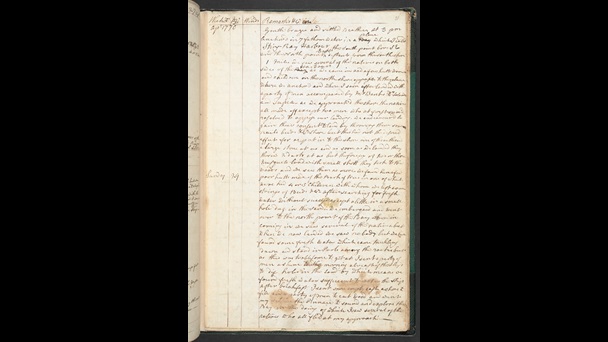 If, however, you look at this same encounter from our perspective you would understand that two Gweagal men were assiduously carrying out their spiritual duty to Country by protecting Country from the presence of persons not authorised to be there. In our cultures it is not permissible to enter another culture’s Country without due consent. Consent was always negotiated. Negotiation was not necessarily a matter of immediate dialogue, it often involved spiritual communication through ceremony.

Two of the Natives of New Holland, Advancing to Combat 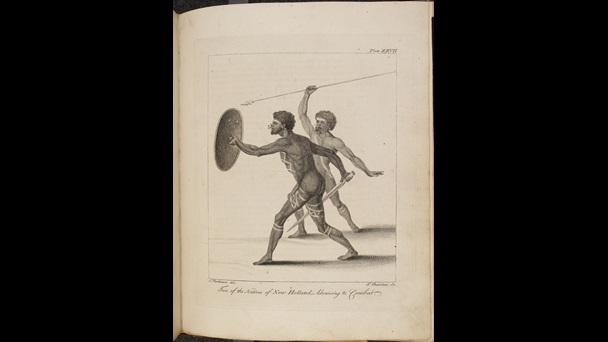 Parkinson's image shows two Gweagal men carrying out their spiritual duty by protecting Country from the presence of persons not authorised to be there. Both men have body piercings and markings that are consistent with the type of visible recording our ancestors used to make known the status of an individual in respect to their spiritual education.

Of course, Cook would have had no knowledge of this. Certainly, our Gweagal peoples would not have seen a phenomenon such as Cook and his party before. It is not possible to know with any degree of accuracy exactly what our Gweagal people thought of Cook. But it is possible to conclude that they would have sought spiritual understanding of it, undoubtedly through ceremony with other clans in the area.

The use of the word ‘native’ suggests inferior being, whilst the phrase ‘advancing to combat’ suggests aggression. Of course, it can be argued that the word ‘native’ simply means aboriginal or indigenous, but it is a term that remains laden with a meaning that emphasises the dichotomy between superiority and inferiority.

I doubt that anyone on Cook’s Endeavour looked upon our peoples and thought ‘these people are my equal’. Being cast as ‘natives’, without any understanding of the complex workings of our spiritual knowledge systems, enabled the British, who were desperate to resolve a growing prisoner population crisis, to conclude that our lands were fundamentally under-used, under-populated and therefore free for the taking.

As much as Parkinson’s sketch is emotive because of our history, it is meaningful because it is culturally educational. This sketch affirms the knowledge status of the Gweagal men Cook and his party encountered. Both men are shown to have body piercings and markings that are consistent with the type of visible recording our ancestors used to make known the status of an individual in respect to a designated level of spiritual education. This picture therefore sheds light on our foundational cultural mores and motifs. 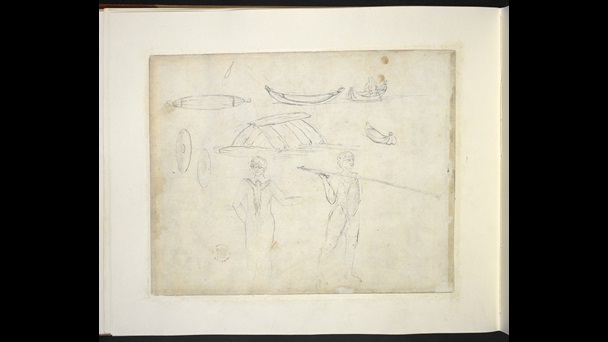 This picture corroborates cultural knowledge. The markings on the man on the left are often described as a crucifix, but as this is a rough sketch, it only gives a vague impression of what was probably a far more intricate body marking. The image of the man on the right gives us an impression of the scale of the shield he had, and the tool he used for discharging this spear. 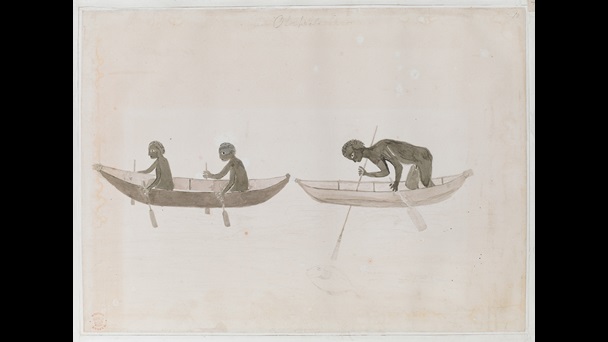 The fishing image in particular is meaningful to me at a personal level because it shows clearly the use of a garrara spear. The style of this garrara spear is exactly consistent with the way my brother-in-law taught my nephew and myself to make garrara spears. It confirms for us our cultural continuity.

Of course, there is no escaping the negative association our peoples have with Cook, but it can also be argued that had it not been for the information Cook recorded and the images Parkinson and others made, we may now have little knowledge of the first peoples of Botany Bay.

It must be remembered that it was the peoples of Botany Bay and Port Jackson that were the first to experience mass fatalities due to introduced disease and rampant displacement as Country was overtaken by Europeans.

In closing I wish to express my personal gratitude to the British Library for continuing the exemplary work of the National Museum of Australia and British Museum in protecting our vital cultural heritage. All three organisations have diligently sought to provide audiences with far more than merely the perspective of the voyager. Our Indigenous Australian perspective has been actively sought and promoted. By being open to and acknowledging our perspective, more meaningful ways of understanding us and our cultures are being opened up. We are no longer seen as the ‘remnant’ of a bygone ‘native’ race, we are now being valued and celebrated for our unique knowledge of the ecological and spiritual foundations of our world.