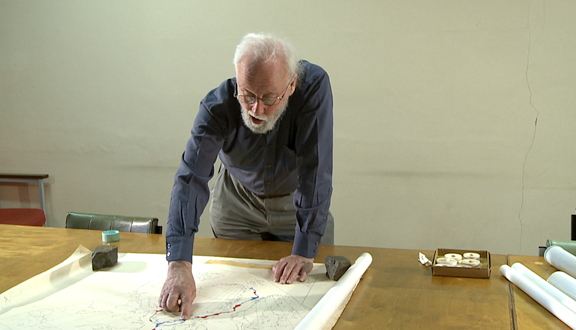 Alan Smith describes relations with his daughter as a child and young woman.

What memories do you have of things done with her in the same way that we looked at the things that your parents did with you when you were a child, what sorts of things can you remember particularly doing with Jessica?

Well I … riding to school and back, well not riding to school, was quite a little adventure for her, especially at times. I didn’t – I don’t remember I did anything independently of my wife except sometimes on – sometimes on a weekend, or Saturday in particular, I would take Jessica into town and look after her possibly – well in the Department of Geology actually, so she would be doing some drawing in my room and in the Department I’d be doing a bit of work perhaps or some teaching even. And whenever we went on holiday we did all sorts of things, you know, walking and making sandcastles and all that sort of thing. I think Jess’ bringing up in terms of being read to or listening to music was something my wife did mostly, so I can’t claim to have – remember doing a lot of things with Jessica actually. Except later on when she was in her thirties and – twenties and thirties and so on, I did go away with her occasionally because my poor wife was an invalid at the time and couldn’t travel really. But as a child I can’t remember much, or when she was a child I can’t remember doing – we did things together on the whole. So probably … if we were doing the same things now, I would be doing a lot more with her and my wife would probably be doing more of her own things actually ‘cause I think she felt devoted to – she felt she had to give, you know, as women did in those days, felt they were expected to bring up the children, whereas I think today it’s more – much more of a joint effort. And I’m sure that would have been the case in my case actually.

What do you remember of Jessica’s interest in or involvement in what you were doing professionally as she grew older and aware and –?

Not very much [laughs]. I did try to explain to her one of these things that when we went away for a week I went – I had to – I think I had a PhD exam in Scotland or something like that, in Edinburgh, and she met me – she was in her work at the time but she – she took the train up and we had a few days in Scotland. And I did go up to a place called – well nearly – I went to Islay and then we looked across to Jura and I was trying to explain to her about some rocks that were in the harbour, I can’t remember – might have been Port Askaig I think in Jura – in Islay. Erm, rather unusual rocks in the British context: they’re very old glacial rocks, about 600 million years old and I was trying to explain to her why – you know, what these were and she said, ‘Oh yes, thanks Dad,’ [both laugh], not quite but, you know, she clearly did not – she does not have an interest in geology, or science in general. Well she does have an interest in science but more biological sciences than physical sciences, no she’s – she’s not – not that way inclined [laughs].