Anthony Laughton: on the glamour boy of oceanography, Jacques Cousteau 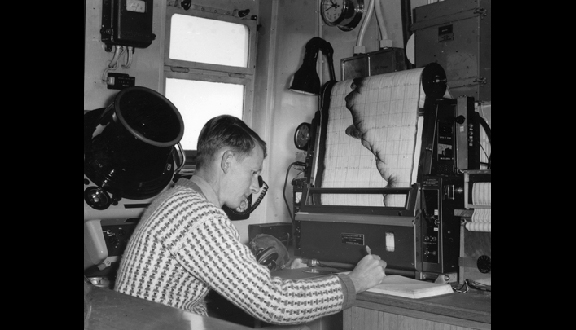 Anthony Laughton considers the figure of Jacques Cousteau in relation to scientific oceanography of the 1950s.

Show full transcript
Could you say something of the view of oceanographers and more generally of Jacques Cousteau at this time?

Yes, I think I did. He may have influenced what people thought about oceanography, because they would have seen his films on television, elsewhere. What I – my reaction to such a suggestion was that, yes, fascinating, but those techniques are not available for looking at the deep ocean. You cannot dive into the deep ocean. The deep ocean – anything below 200 metres, and it goes down to 5,000 metres, is the unknown world that has to be addressed in a different way. The Cousteau approach doesn’t work there. And so what the NIO was doing was really looking at that huge amount of the ocean which is not available to those techniques.