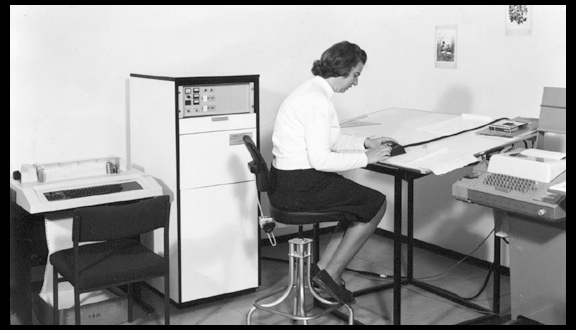 Scientific assistant Barbara Bowen remembers stories told in the coffee room of the British Antarctic Survey, Cambridge in the 1970s.

Show full transcript
The Base Commanders as they were called, these were chaps who for several years were head of a base down in the Antarctic and they would come back and anecdotally, you know, you’d hear quite a lot of this and that, and about how Blogs didn’t get on so he was … but their selection process was very good for the FIDS who went down.  They were called FIDS, the young men, who just went for six months or eighteen months and then came back again, doing the, you know, the dogsbody work, and then writing it up and then possibly leaving or possibly staying on.  They were called FIDS, for short.  And they would sort of tell you tales, you know, sort of about raucous parties and they’d have strange names for undergarments and things like this.  There was a sort of South Atlantic jargon [laughs] sort of Antarctic jargon for underpants and things like this, you know.  This was, erm, [laughs] some people had never washed [laughs].  Er, 'shreddies' was their underpants, after [laughs] after N months of being down there, and one wondered whether they ever changed them at all [laughs] if you know what I mean.  They were just – they were, you know, rotten I suppose, being there because of the climate and usage [laughs].  It was mostly just sort of lavatorial type jokes really, nothing – nothing more than that.  But, erm … not that I can remember, no.

'Shreddies' is one term.  Do you remember other slang?

No, I can’t remember any other words now, I don’t know why that one stands out, but [laughs] it just seems typically boyish lavatorial jokes, you know.  [Laughs] Stupid, really.  [Laughs]

Barbara Bowen: changes to the 'little family' of BAS in the 1970s