Bob Graham: being part of the drawing office team 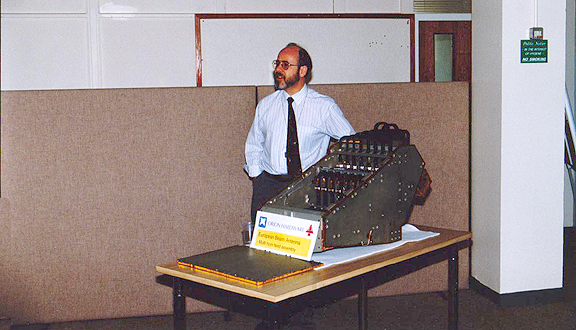 Bob Graham looks back on working in the Hawker-Siddeley drawing office during his apprenticeship.

Like most jobs, there’s a problem.  You’ve got an opportunity to solve it.  It’s got to be done by such and such a time, you’ve got access to these resources, you can do this, you can ask questions, you can get feedback.  You know, quite a dynamic situation, but goal orientated, goal focused, and then delivering something.  And I think that’s a theme which, to me, goes through engineering, with any branch of engineering, this creativity, this delivery, this element that says a bit of my DNA is in that, you know.  Well, not necessarily literally, but I have an element of me that’s manifested in that building, that aircraft, that missile, that space craft, that whatever.  And working in that team environment, that your success is also driven by the success of others around you, it’s not – yes, there’s an individual feeling of success, but you succeeded because you did your part, everybody else did your part and you worked together as a team.  Not sure that was coming out at the time, as such, but there was if you like that feeling that this was a good place to work, that the people that were working there were good guys and they were willing to help you.  All of that helped.  It sounds a bit strange to say, I’m not sure I’m saying it quite clearly, but it is difficult with – to actually say was that what I thought at the time, was that what I think now looking back on it.  And I think more of it is about looking back.  The all encompassing thing was, I’m having a great time doing this, somebody’s giving me recognition, I’m getting a bit of money out of this, this is good.  And I think for anybody, in any job, that’s all they ever want.  So that was it, that was the DO, a great place to work, yeah.

Bob Graham: the differences between engineers and scientists