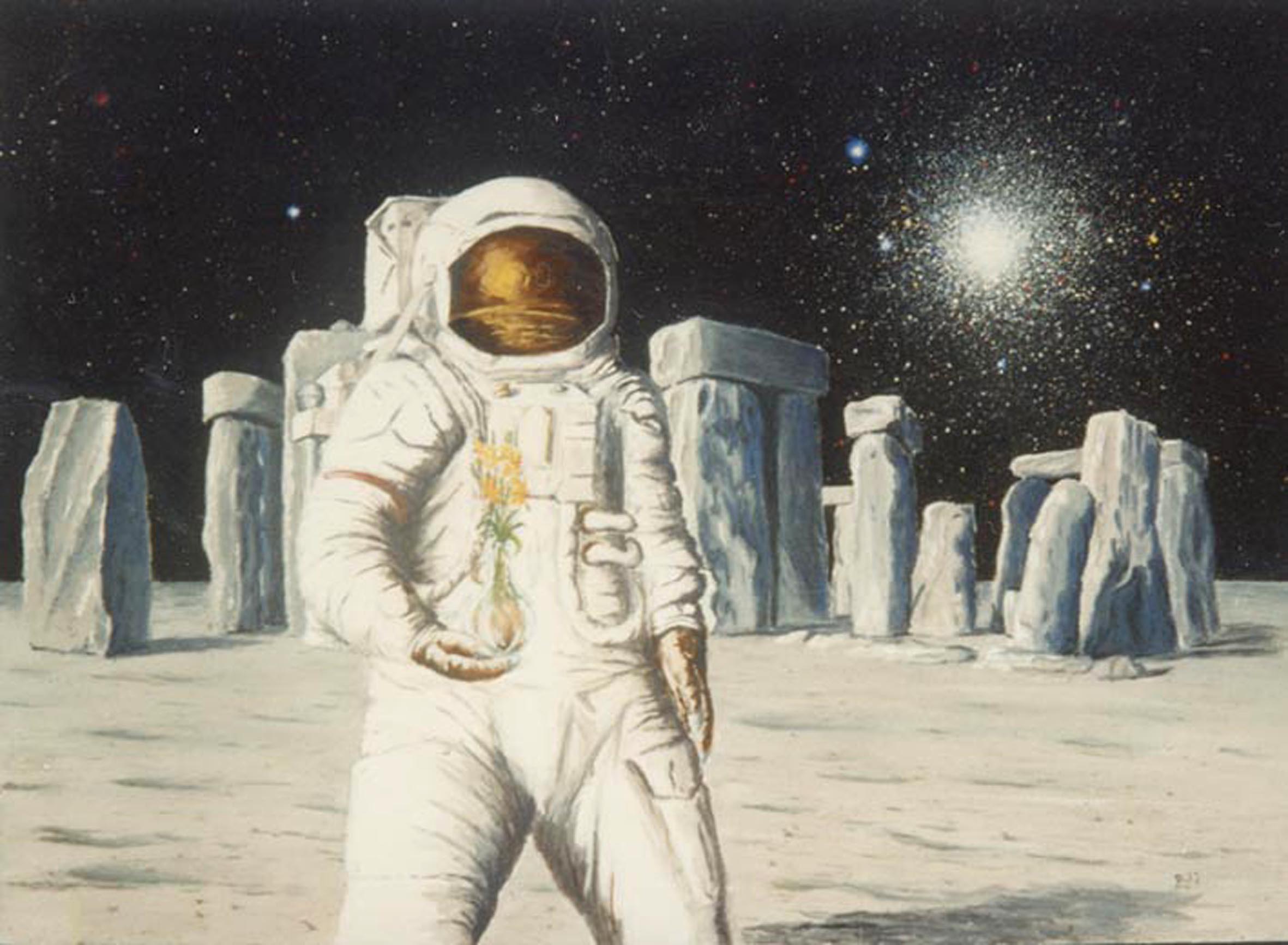 Rocket scientist Bob Parkinson talks about the reasons for exploring space and the possibility of post-humans exploring Mars.

If you asked a question like, ‘What do you think the true value of space flight is?’ you’ll get a wide range of opinions coming back. In the early days it was, it was a Good Thing. I did a paper for ESA [European Space Agency], late 1990s probably, and one of the questions that I kind of asked was, ‘What flows down from space and what could flow down from space?’ You get very obvious things, like everybody’s satellite dish [laughs], you get information, you could get physical things, people talk about mining asteroids and so forth. One of the things that – that comes back is much less tangible but is kind of – is I guess knowledge in its widest sense, which is moving outwards, moving, expanding our consciousness of the universe, our knowledge of the universe, and whatever. It’s much more difficult that to quantify in cost terms, and I spent a lot of my career trying to persuade people that it was cost effective to invest in space. So it’s not as obvious a thing, I can’t do a cost benefit analysis of that. But deep down there, that’s ultimately what I see, that, if you like, it represents an evolutionary aspect of the human race. It’s we can’t live on this planet forever. Though in the old days I would have said that was colonies on Mars and whatever, nowadays I would say just who’s colonising Mars? One of the controversial things that I like to stir people up with, is a statement, ‘I don’t believe human beings will ever walk on Mars.’ The point is that even making reasonable assumptions that people are keen on putting human beings on Mars, that’s not going to happen before about 2030. And in the meantime, the machine’s getting better. And the machine, I don’t mean the machines on Mars are getting better, I mean the machine around you. Already a lot of my memory’s in the PC [laughs]. I can do all sorts of things nowadays, but I can’t do them, I can do them with the PC. It’s important that there’s a lot of capability that are me, that are directly me, which are embedded in machinery and so forth. And that’s going to continue. So by the year 2030 are we still going to be human beings in the sense that we recognised human beings in the 1950s? The world is changing at an ever accelerating rate. And so while one of my biological descendants may walk on Mars, I’m not quite sure whether they’re human or post-human. That’s the science fiction bit.