The origins of life on Earth 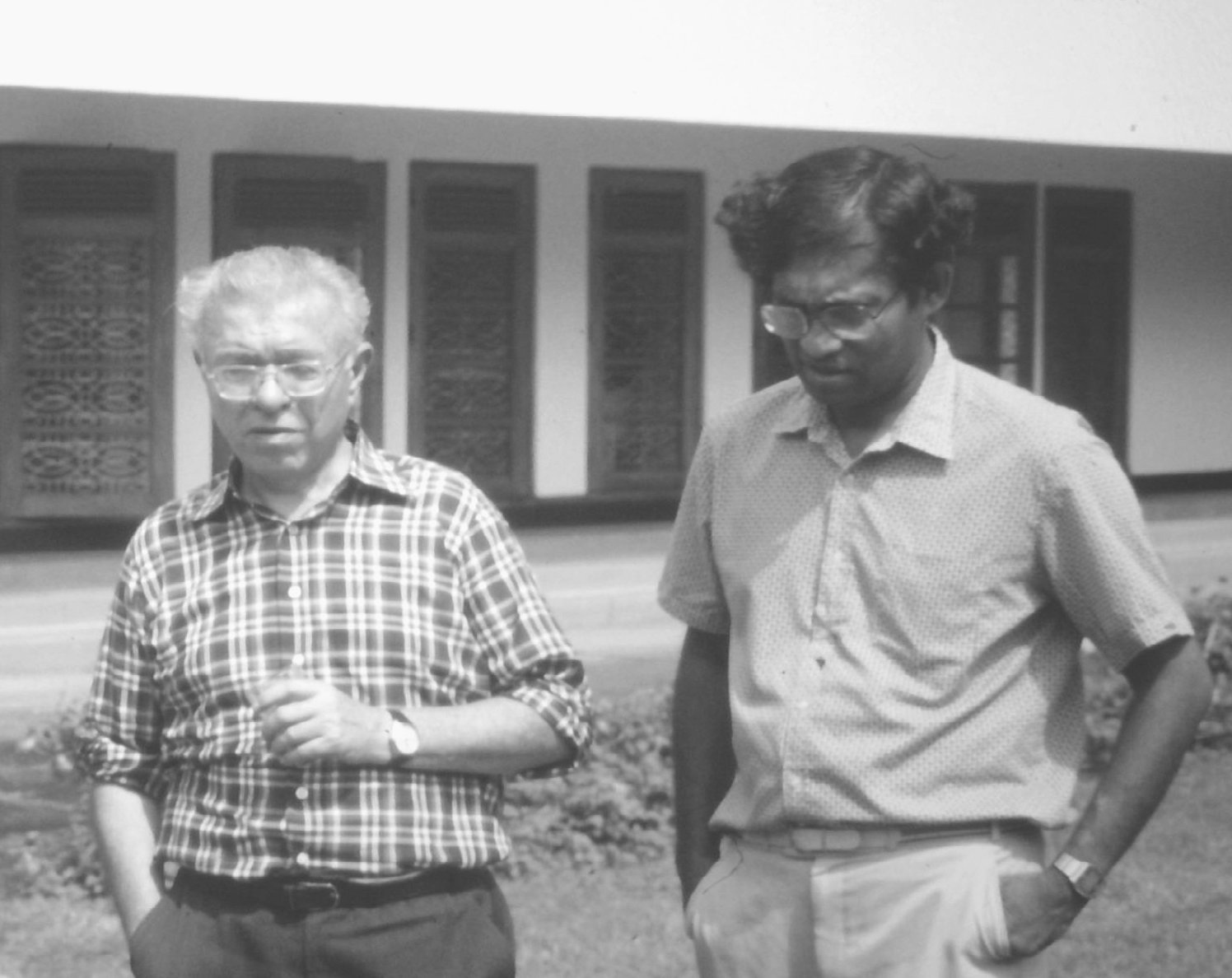 Chandra Wickramasinghe recounts the development of his arguments - with Fred Hoyle - that organic life may have originated in space.

Show full transcript
We became absolutely convinced, in the mid 1970s, that there was complex organic molecules everywhere in the universe: everywhere in the galaxy and beyond.  And I - my first publication on this was in Nature in 1974 ‘Formaldehyde polymers in interstellar space’ and that was the starting point for the whole subsequent development of organic, complex, biological-type dust grains in space.  Shortly after that - after 1974 - together with Fred Hoyle I published again a paper in Nature saying that there was evidence for ring molecules of the kind that you have in DNA chains in space and I produced astronomical, sort of empirical astronomical evidence to support that.  So from that time on the arguments got stronger by the day almost, then eventually, ultimately we arrived at the theory that the organic molecules in space are not simply the result of chemistry; to get exactly the properties of the molecules that you have in space you need life itself: microbiology itself.  And why not? is then the question that you have to ask yourself.  And the only 'not' - reason for saying 'not' - is that this is an outrageous heresy - it is heretical to think that life exists outside the Earth because what's dominated scientific thinking for about half a century at least is the so-called 'primordial soup' theory, namely that there was a mix of organic material that formed in situ here on the Earth from inorganic material - inorganic gases and water, methane, ammonia, in the atmosphere, struck by lightning - electrical discharges - and so on, producing organic molecules that rained down  into the oceans, filled the lakes of the Earth and then some chemistry develops between those organic molecules and then life emerges from it.  It was so overwhelmingly supported by everybody that this was thought to be the answer to the question of life's beginnings that it because written into every textbook of biology that life started in a primordial soup on the Earth.  So to try to challenge that - which we were beginning to do in the 1970s - was a really big struggle in terms of - it was an uphill struggle to get people even to listen to the possibility that there was another explanations: Copernicus, Galileo and so on had struggled to remove the Earth from being at the centre of the physical world and this happened but even after that the Earth has remained to be the biological centre - the centre for life in the universe and that's, that's the reason that there was such intense opposition to our publications in - first in Nature, then in books, and in a series, long series of journal articles arguing for the case that life is truly a cosmic phenomenon and that the beginnings of life on Earth was simply arrival at the Earth of life that had already been formed, arranged, organised -sort of - billions of years ago - trillions of years ago.