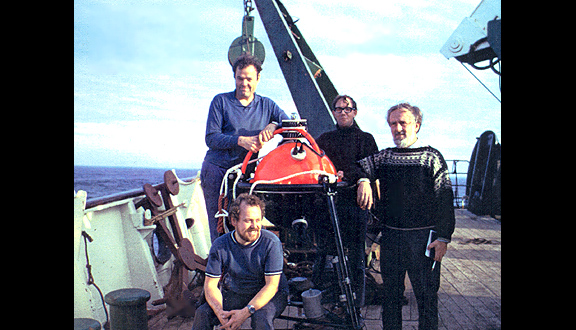 Cartwright remembers taking his family to stone circles in the pursuit of his interest in archaeoastronomy.

I used to have a scientific interest in the – what was called archaeoastronomy, which was the interpretation – to do with the interpretation of the positions of stone circles and other megaliths in terms of astronomy. I mean, in terms of the rising and setting of stars and the sun and the moon. But there are – there are – a lot of these sites have been – have been measured very carefully and some of them – a lot of them are published, so one knows where to – where to look. And it’s just interesting to speculate whether one can deduce that anyone was – that the megaliths were built deliberately in order to determine the season of the year or study the motion of the moon, which has other fluctuations in it.

Did you share this interest with anyone that you know, with a friend or with a member of the family?

Not a member of the family, no, but – in fact we were all – when my wife used to drive a car, we often – I can hear the children saying, ‘Where are we going? Not another stone circle?’ [Laughs] But it was and they tended to make a big joke of it.