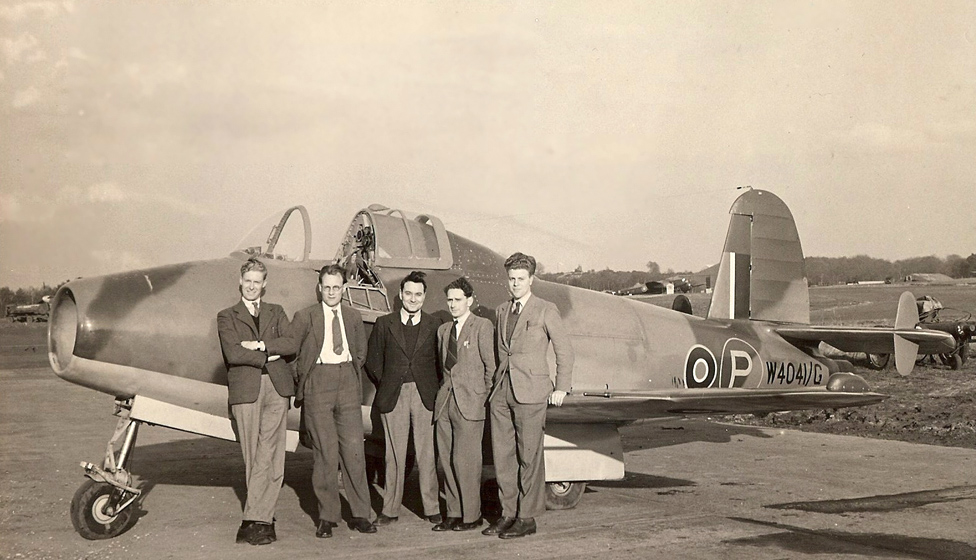 Smelt said, ‘You’ll never believe it. We’ve got what they call a jet propelled aeroplane and we, Higgy, have got to make some measurements. It’s one of the secret things that we haven’t talked about, but the Germans have got aeroplanes flying without propellers and we’ve got one and we’ve made it in England.’ So I thought, oh, the man’s gone mad. It was called the E28-39. It was in a hanger all by itself, badly lit, terrible weather, late December. He says, ‘Higgy, I want you to measure the following quantities, like jet pipe temperature and compressor delivery pressure and so on. But you’ll have to have instrumentation.’ I said, ‘Well, there’s nowhere to put any anywhere, you see.’ He said, ‘I’m sure you’ll find somewhere.’ I did everything I could, ingenuity gone mad, but I eventually found a way of getting two thirty-five millimetres cameras in there. At that time, because of the lack of instrumentation, a lot of the instrumentation we had consisted of ordinary cockpit altimeters, cockpit speed indicators and any other thing that could be incorporated in what we called an automatic observer. And that was framed so that it could be photographed. Normally, you see, we had a reasonable amount of space, but on this aeroplane, because there was no room for anything, because the engine filled the aeroplane.