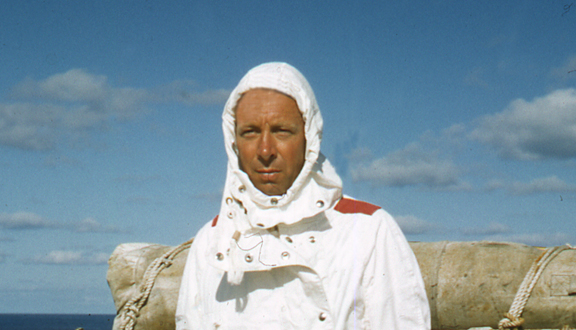 Frank Raynor discusses interaction between scientists and technicians in building a laser.

It’s David Ashby’s idea of using an interferometer for measuring plasma density. I don’t know anything about the physics side of it but behind this David apparently had some contact with Harry Boot at the Services Research Lab, I think it was at that time. The outcome was David came along with this glass tube which he explained to me was a laser, he then had to explain the principles of a laser to me [laughs]. And said, ‘Well I’ve borrowed this, I’ve got an idea of what I want to do with it,’ he said, ‘but I need something to make it work,’ and, ‘Yeah, but what?’ and he said, ‘Well we’ll have a word.’ So he came off the phone and he said, ‘Well apparently we’ve got to put a coil around it to what they call pump it, put electromagnetic energy into it,’ so I said, ‘Yes, so how much and what frequency?’ and he said, ‘Well they think around about thirty odd megahertz,’ and he said, ‘it’ll want a few tens of watts, so can you do anything?’ So I went away and sat down and sketched myself out a little transmitter that would work at thirty megs, put the appropriate power up, went out and built it on my bench and came out with David and said, ‘Well let’s try this.’ So we set the equipment up and David did some adjustments on the optics and low and behold we had a laser that worked. So that was that and he said, ‘Ah well now,’ he said, ‘well we want to detect the red and the infrared, can you do something?’ ‘Hmm, yeah,’ [laughs]. So I went away and thought about this so I got hold of what I knew would be an infrared detector, a lead sulphide cell and built a little amplifier to go on that [laughs]. And then I said, ‘Well how much light have we got?’ well it turns out that they’d got too much light for a photomultiplier but not enough light for a photocell. And of course there’s a vast difference in these ranges, so I thought well what I really want is a sort of a half photo multiplier. So I phoned EMI ‘cause I knew one of the engineers that had done some development work in the photo multiplier department and said, well I didn’t want a standard ten stage one, which was a Venetian blind multiplier, ‘But can you do anything with say just a few stages?’ ‘Oh we can do that for you,’ and he said, ‘what cathode response do you want?’ and I said, ‘Well I could do with it in the red end of the spectrum,’ ‘Well that’s alright,’ he said, ‘we’ll make you one with a red sensitive cathode.’ And a few days later I had a call and said, ‘Right, got this tube for you,’ so I took this back into Harwell and set it up and we were able to measure the light and the infrared using the – the detector we’d made for that, so David was then able to go ahead with his experiments and that paper is the result [laughs]. Cooperation at practical level between the – the odd bod electronic engineer and the professional scientist you see [laughs].