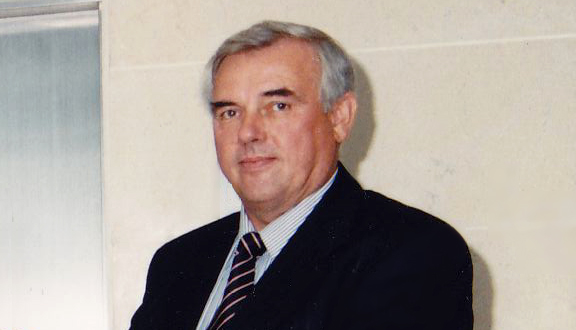 George Hockham recalls the search for a light waveguide, which led to optic fibres.

Show full transcript
The lab I was in was really concerned with trunk communications, at that time it was microwave, the higher the frequency you go to, the wider the bandwidth you get. But about that time, I think about 1960, the laser was invented, and now we had access to a coherent source at a much higher frequency. I mean light waves and microwaves are the same essentially, it’s just that the frequency is a lot higher. The emphasis at the time changed from instead of trunk communications using waveguides, and microwave waveguides it changed to looking for means of guiding energy using light. As a department looked at a number of methods so in fact it was guided, fibre optics wasn’t something that came out of the blue, we were looking for a mechanism for to guide the optical waves. A member of the department looked at what he called the hollow pipes, so one inch diameter tubes that were silver coated on the inside and made in approximately six foot length and they were joined together. Of course that had problems that all in all that didn’t look very attractive, STL at that time then another colleague was looking at a confocal lens system, it’s a series of lenses periodically along – aligned in free space along a line, and the idea was that the energy was refocused every time at the lens. The trouble is it had to be in a controlled environment, with the variations in the atmosphere for example, if the temperature came out and the sun was shining on one part of the structure and not the other, the beam would suddenly shoot off to one side and you lost everything. That proved to be very difficult to do. I then started looking at waveguides, surface wave structures, I looked at the thin film guide which was proposed by Dr Karbowiak which was a thin film layered over a trough and the idea was that most of the energy – as it’s a surface wave most of the energy, if it was thin enough would be guided – would flow in the air, if you like, though it was guided by the dielectric layer. The trouble is there was no means to laterally control it and so you – you had loss in the other direction so it wasn’t that brilliant. Anyway a while after that we went – I went to – and started looking at the – the fibre.