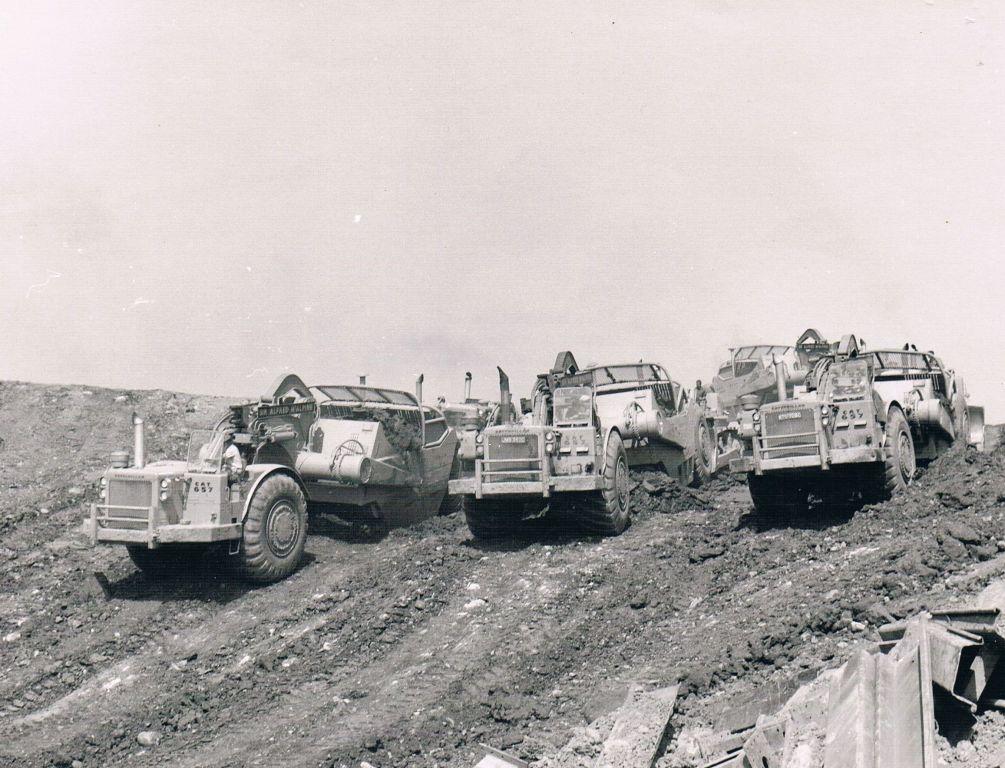 Howard Stevens reflects on the differences that the motorways have made.

Talked quite a lot about building motorways today, twenty-five mile long building sites. Do you ever think about, you know, the implications of – wider social impact of what you’re building?

I think – I think I probably did, and I have, and I still do actually. But it’s very difficult, when you’re actually young doing it, to think of any implications actually, to be honest with you. But there’s undoubtedly at the time it was – it was a big adventure in some ways. It was – it was – you weren’t exactly a kid working in a sandpit with a set of Dinky toys, but it almost got to that way, that what you were seeing was just mind blowingly interesting. Insofar as it was just – there just machines just carving their way through countryside, willy nilly, and yet, at the end of it all, you could see this thing taking shape in bits, stone going down, erm, things being dug out, pipes going in, and then gradually all joining up. And suddenly, someone’s cutting a tape, and there were hundreds of people and their motor cars, driving along my bloody motorway. That was actually quite a strange feeling that was, for the first – it only happened the first time. After the first time, you realised no, that’s what you’re doing. And – but it was interesting actually. And the implication was that, my goodness me, isn’t that a great thing I’ve just done? And I’ve filled in holes in the ground, there’s more farming to be done, I’ve filled in this nasty old thing, and I’ve dug that little bit out, and that’s now an amenity. I had no thought about possibly there was going to be a lot more cars on the road as a result of it. I didn’t think about the planning applications of, and the planning implications of - building up against it at all. I saw the land improvement that has occurred, even as a young man, and I saw the effect it had on the city – on the town of Penrith for example, when the Penrith bypass was done. That was quite astonishing, absolutely mind bogglingly astonishing, that was. That before it was built you could not actually get into Penrith except by going on a detour of eight miles, because the roads were jammed, totally, completely jammed. It was just stagnant traffic. And yet, when we went up there, we were greeted by the Mayor of Penrith, invited to the Mayor’s parlour, to say, ‘These were the people who are going to save our little town of Penrith.’ And when it was done, when it was opened, hark, there’s no sound of traffic outside the window of this hotel that we were having the opening ceremony at. And there wasn’t, it was absolutely stone quiet. Quiet as a grave. There was no hustle and bustle and fumes or anything. The town was as if it had been deserted, because suddenly every piece of traffic going to Scotland or going across to West Cumberland, bypassed the town. But that made you feel quite good, actually. It’s only when things got later, when this was the worst thing that’s ever happened to Great Britain, that we’re putting motorways in. That we were vandals, we were ruining the countryside, we were killing everything, we were doing everything. We were causing – we were causing cars to be built, which of course is rubbish. We certainly were not. So, that was it.