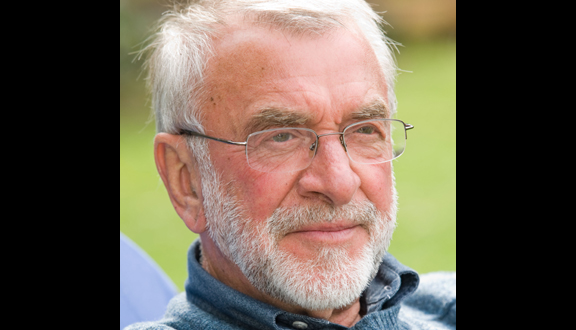 Howard Stevens describes the attractions of learning about maths in his youth.

Why did maths appeal?

In what sense? I hated maths at school, I’ll tell you now [laughs] so it’s something I always have problems understanding why people enjoyed the subject.

Because it follows such precise rules, I like about it. I mean there’s nothing airy fairy about it at all. In other words, sin over cos equals tan, and therefore you can therefore, instead of taking tan, you could take sin over cos and suddenly you find you’ve got sin squared over cos. And then that means that’s something else you’ve arranged. There’s a sort of nice logicality. I mean just take one thing for example. Algebra. When I started algebra at school, as usual I wasn’t listening and I didn’t pay much attention because it was just one of these things that passed over me, and while they were writing on the board I was probably talking or something, or doing something. Well why does anybody want to know X is anyway? I mean there’s a sort of child like response to it. First algebra exam, nought, a very, heavy nought, I couldn’t understand what equations were about. And when I went home, the lady next door to us was a Mrs Rand who was a teacher at one of the other schools in Chester. And my mother, over the garden fence, probably would have said, ‘Oh our Howard’s having trouble with algebra.’ ‘Oh send him in here,’ she said. Okay, so Howard goes next door for algebra, and Mrs Rand says, ‘You can’t do algebra?’ I said, ‘I don’t understand equations.’ So she explained the very simple idea of equations to me, and all this moving stuff around suddenly fell into place with such a logicality that was stupid. She said, ‘It’s like a seesaw. If you sit on one end of the seesaw, the other end will fly up, so you have to put the same weight on the other end of the seesaw to keep it balanced. If you move things around, you’ve got to do the same thing to both sides, very, very simply.’ And it really, there’s nothing to it after that, is there? So if you do these logical moves, then you come on to things like differential calculus, and then integration, which is the opposite of differential calculus, and you’ve suddenly got a system of actually cutting down and building up. And, of course, once you’ve mastered integral calculus and you come on to differential equations, which is a later thing anyway, it all sort of falls into place, lovely. And I just enjoyed doing it. Now take applied mathematics. I was okay with applied maths on statics, and I always have been, but much less happy with dynamics. I think something moving is actually – causes me a problem because I’m a civil engineer, and I think I was by temperament a civil engineer, I like to see something in a position there where I can recognise it as not going to do anything. And I can then take that recorder there, and draw a free diagram of that, and actually find out what the weight, etc, is going to be. That’s nice and simple. Does that help at all, you with your mathematics? Not really. But there is a logic to it, isn’t there?