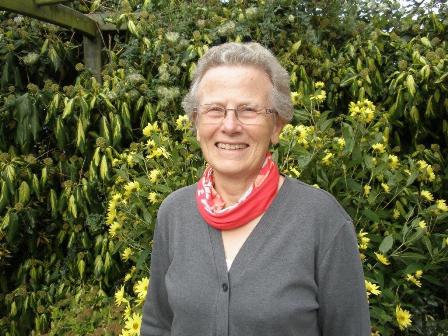 Jenny Constant recalls her early work at Malvern as an Experimental Assistant, assisting scientists with their research.

Some spectrometers were commercial offerings, which – typical thing, light source sample detector.  Quite often we had to modify where the sample went to get in what we were trying to look at.  But I couldn’t ever claim to have set up a spectrometer, but many of the setups that we used would have been built by people like Johnny and they were capricious beasts.  You could always get something out of them.  But there was an awful lot of twiddling of lenses and slits and moving sources and detectors about to – to get the best that you could do.  So I do remember spending an awful lot of time in a darkened room, in an enclosure, sort of on hands and knees, moving components about to get the best out of it.  So we typically set up on an optical bench, on a lab bench, and very often there’d be a – obviously a cover out of the top, made of metal framing, which we called Dexion then, so you got a dab hand at making that.  And then this had blackout curtain all draped round it and you had to sort of crawl up into this so that you were inside it, and twiddle with the lenses.  And Johnny would say, ‘Up a bit, down a bit, you know, left a bit, right a bit.’  But I couldn’t claim to have ever built one from scratch, although people did.

Who’s actually doing the experiments themselves?

Making the – the measurements, say? Me.  And Johnny would come along, typically if I’d got a result that looked strange or I was stuck or, you know, something fell off and I didn’t know where it went.  I and people like me would be doing the experiments and writing it all up by hand, as it was then, in our notebooks.

What does the display on a spectrometer actually look like?  What are you reading off?

I guess I’m wondering what the physical display is, if you like.

Oh I see.  Oh no, in those days it came churning out on a chart recorder [makes chugging noise].  And of course it fell to the likes of me to keep these chart recorders fed with paper.  I mean, they were pesky things.  They had ordinary little reservoirs of ink and those were always getting blocked up.  And you’d perhaps go for lunch, leaving something running through, and when you got back the pen had run out.  And – oh yes, we used to boil the reservoirs up in hot water to thin the ink down.  So I suppose we generally serviced the higher things of life, really, kept things going.  If there were things to be got from stores – ‘cause each building had a local stores that kept the things you most commonly wanted, like fuses and, oh, filter papers and – it was only if you wanted something more exotic, it had to be got from somewhere else.  So it would generally fall to me to sort of – ‘Oh, can you pop up to stores and get me a …’ I don’t know, 500ml beaker or something like that.  All part of learning.

Jenny Constant: 'it is well understood by those who are skilled in the art'