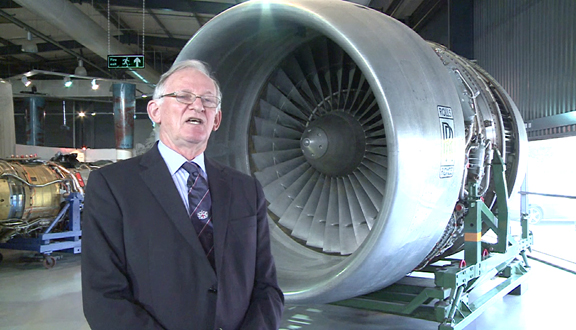 John Coplin on school trips to factories around Coventry.

Show full transcript
The other wonderful thing about the school was that it had a junior scientific society, which took you from ten years of age until you were fourteen. And then there was a senior scientific society. And the school worked a six day week. So full day Monday, half day Tuesday, Tuesday afternoons off for sport or alternatively you could join the scientific society, or some other societies, but I joined the scientific society, and every Tuesday and every Thursday afternoon a trip would be organised and you had to sign up for it. And so a known number would be escorted by one of the science masters. By the time I was fourteen I knew every single factory in the Coventry and Birmingham area, Austin, Morris, Morris Engines, Brett’s Stamping, Armstrong Siddeley, Armstrong Whitworth, Alfred Herberts, Sterling Metals, the gasworks, power works, the sewage works, the water works, er – gosh, I’ve left out so many. If you went on every trip you would have seen just about all of these companies two or three times and that’s a lot of factories. And amongst the general essence was, hey – nobody told you this, you can see what people are doing without an education. They’re doing this all day [demonstrates], pulling the lever and working a foot pedal, making a stamping, punching out things, you know, washers or nuts and bolts or whatever. So it was a tremendous incentive to do your homework, to study, to be attentive in lessons, ‘cause if you didn’t get it right and you didn’t go on for a proper education then you could be doomed to a life of boredom. And you already knew, from the fact that you’ve got a place at the school, you were not equipped to have a life of boredom. It would drive you insane.