John Glen: ice as a part of God's Creation 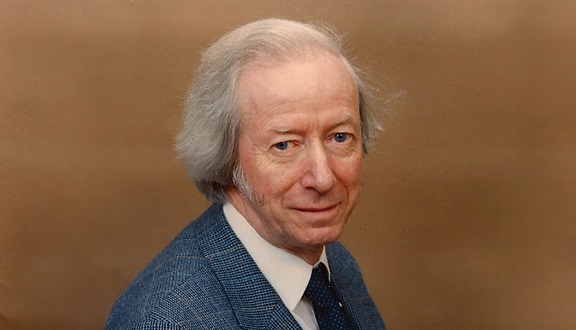 John Glen describes his own view of ice as part of God's Creation.

When you see sort of the arrangement of crystals in ice, or the behaviour of molecules within, is there any effect of believing in [God]?

I think it underpins my thoughts about it. But I don’t think, I mean [sighs] I did have a folder round my thesis as I was writing it, with a couple of verses from Scripture on it, ‘He sendeth forth His ice: like morsels who can abide His frost’. But I just put that there to, you know, indicate that ice and frost does occur in the Bible.

You had a folder around?

Well it was just a – yes, a sort of bit of card I think, or something like that.

Oh, actually in the submitted thesis?

No, no, no. This was round it before I’d finished it, while I was writing it. The folder it was in. But I mean I did do that, but I don’t know that that consciously shows that I thought about it particularly differently. Wouldn’t have said it did.

Hmm. How consciously is doing science then, erm, an act of exploring God’s ordered universe? In other words trying to –

Oh, that’s what – that’s what I believe it is, and I think in that sense it is a sort of divine calling. God has made us intelligent, we’re meant to use our intelligence to understand His universe and discover how beautiful and wonderfully ordered it is.