John Houghton: blamed for the 1987 storm 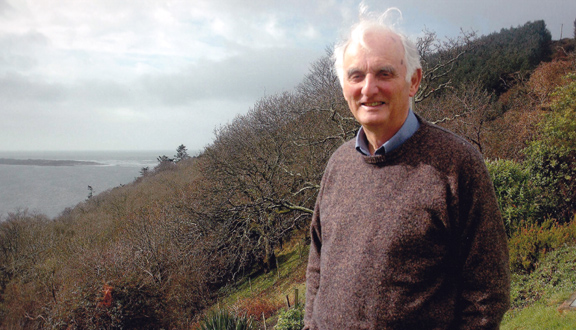 John Houghton remembers being the Director General of the Met Office at the time of the 1987 storm over southern England.

Show full transcript
The biggest event during my time was in – on the 16th October 1987, that you may remember.

I had a day off school.

[Laughs] When we had that big storm, which hit - which hit London at four o’clock on the Friday morning that week. And we had given a very good forecast of it on the previous Sunday actually. Bill Giles had appeared on the telly and said, ‘Over, England you’re going to – watch out for next Thursday because there’s a big storm on the way.’ And Monday, the same was being said. Tuesday, the same was being said. Wednesday, the – the forecast was looking much more difficult and it looked as if – it looked as if the storm would go further south probably. And by Thursday evening it – the forecast that came out was emphasising the – the rain rather than the wind. People – then people, of course, got up the following morning and over 15 million trees were down over southern England. And of course by Saturday the – the newspapers were making a big fuss: 'why weren’t we warned?'. Massive headlines in the Daily Mail, for instance, and other newspapers were hitting out at the Met Office. And the forecast was not a – not a good forecast, as it happened, but then nobody else did it – no other met agency did it well either. But I was being blamed for it, very seriously they were trying to blame me for it. And over the weekend there was some environment minister, Department of Environment minister, who was asked if I should be sacked and he thought I probably should, so … [Laughs]. So by – and then by Sunday, of course, they were still camping – almost camping round the house, looking – trying to get photographs and things, and we were drawing the curtains and disappearing upstairs [laughs]. Monday morning was – The Sun had a blistering account of the – the Director of the Met Office is at home, with – entertaining his friends in his luxurious home on the outskirts of Oxford, ignorant of course of how the whole country was suffering and etc, etc. And – and how his – how his resignation was being called for. And – and so here’s a number you should phone if he should keep his job and here’s a number you should phone if he – if he should be sacked. And then it turned out to be Black Monday and so the press had lost interest by the afternoon. It had all gone away. The stock market crashed, took all that thing away from me, for which I was very grateful, ‘cause they’re nasty, they really are nasty when it comes onto this sort of thing. Was this another occasion when you – when you felt that you might have received some help? Well, I mean, the answer to that is, yes, of course. But I’m – whether I didn’t – I didn’t felt I deserved receiving special help but nevertheless it – I was helped. Yes, of course I was helped.

John Houghton: help from God in life and science