Joseph Rotblat: the moral dilemmas of working on the atom bomb 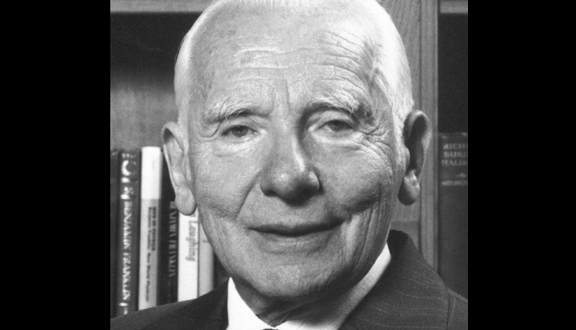 Joseph Rotblat recalls his moral dilemma over working on the atom bomb in the Second World War.

Show full transcript
Something much more awesome occurred to me. And that was that if all this energy, this huge amount of energy, is released in a very short time, and by short time I mean less than a microsecond, less than a millionth of a second, then of course if you get a large release of energy in a short time you get a mighty explosion. The idea of the atom bomb then occurred to me at that time. Thinking backwards I think maybe that the reason why I did not want to publish this paper after this debacle was because I was afraid. Having been brought up by [inaud] scientists it didn’t occur to me that I will do anything about it, I’m a scientist and not an atom bomb maker, particularly a bomb of this magnitude, therefore felt I’m not going to do it. But, I was at the same time afraid that other scientists may not have the same scruples, the same moral scruples as I had. And the thing about other scientists I had in fact specifically in mind German scientists, because I was afraid that if the bomb can be made and if Hitler would get the bomb, then he will use it to rule the world. I knew that there was going to be a war, in Poland all of us knew that Hitler’s going to invade. It’s not a question whether it will be but only when, and we just had to live with knowing it’s going to happen. And therefore I was afraid that if the bomb can be made and Hitler will have the bomb, then he will win this war.