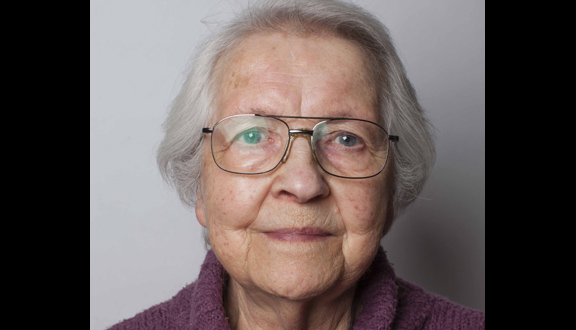 Mary Coombs recalls working as a LEO computer programmer in the 1950s and 1960s.

We moved to part of the Whiteleys building in Queensway, which we named Hartree House after Professor Hartree. And we had some modernised offices there, and I think LEO 2/5 was installed there. It was quite interesting, working there. By then we had quite a large programming department with about five separate sections of programmers, all in one long room. We had a visit from the Duke of Edinburgh while we were working there. And while I was there, I became leader of a group that was working with British Oxygen programmers. This must have about 1960, 61? Lovely fine summer I remember, when we were in Hartree House. We would go down to Whiteleys and buy our sandwiches, mostly Torpedo rolls or half Torpedo rolls, and milk and fresh fruit, and then we would go and picnic in Kensington Gardens or Hyde Park, whichever was opposite the end of Queensway. Or we would go to one of the many restaurants that were in Queensway or Westbourne Grove. I can remember a Chinese one, and Italian one where there were cockroaches on the walls but the food was good [laughs]. Indian, and we had a good choice and we especially went out to these if we were working late in the evening. So we had quite a big social life. We were working jolly long hours, but we had an enjoyable social life that was built into it, really, because of having to go out to eat. Whereas when we’ve been at Cadby Hall or Elms House, then we’d eat in or other of the canteens, depending on our status. British Oxygen time was not really as enjoyable as the time I spent working on the Army and Air Force officers’ payroll for Glyn Mills. Erm, that was particularly enjoyable because as a payroll it was quite different from anything we’d done before, because so much of officers’ pay consists of different kinds of allowances. Working on the British Oxygen jobs, there were about fifteen of us programmers. It always seemed to me to be a bit of a futile operation because so much of what we were programming for, ours was mostly statistical, most of it seemed futile, producing far too much paper that it always seemed to me that nobody would ever have time to really look. I think this was always the trouble with computers in the early days. People thought oh, well, then I can get this kind of statistic, or that kind of statistic, or the other kind of a statistic, and I don’t think they realised the vast amount of paper that was going to be involved. Because of course you didn’t view it all on screen, like you might do these days.