Nigel Bell: the differences between Oxbridge and the University of Manchester 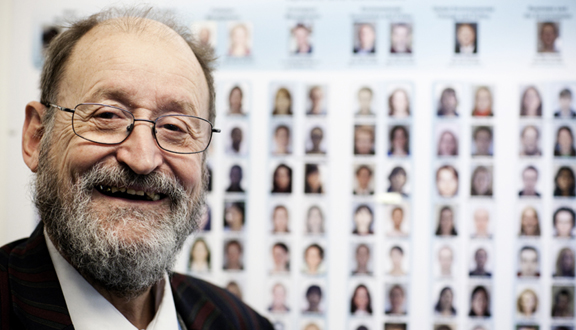 Nigel Bell reflects on differences between Oxbridge and the University of Manchester.

Show full transcript
Towards the very beginning of the interview, you were talking about, it might even have been the first session, you said that, you thought that Oxford and Cambridge did a lot of harm to people from your background.

Can you expand on what you meant by that?

Yes, I can, exactly what I mean, yes. [laughs] In fact, thinking about it, it’s, a schoolfriend of mine who did go to Oxford and, I think it was him who once said to me, you know, somebody goes to Oxbridge, if they go, they go as a sort of mild socialist, they come out a communist, and, if they go as a sort of, slightly Tory, they come out as a fascist almost. [laughs] It’s a, a rarefied atmosphere I think. I mean they’re beautiful places, I love Oxford and Cambridge, I know them both well, Oxford, I mean Cambridge particularly I’ve got close, very close friends, senior academics there. But it’s, it’s a world which is, in some ways very cut off, you know, it’s the world which I’m afraid a lot of columnists in newspapers, because they’ve been to the places, think of it as their, you know, that’s how they judge people, taking sherry in the, on the lawn outside the master’s lodge, and... You know, all these things, they are very largely composed of people out of the public schools, even now, I mean, it’s probably even worse, it may be worse than ever. I mean my, you know, my, my wife’s father went to Cambridge on a, because he was a bright lad. He got a scholarship to Manchester Grammar, and from Manchester Grammar to Emmanuel College Cambridge. I mean, people could, even in the 1920s, and did. A very different sort of atmosphere I think, I mean, and, Oxford and Cambridge have lived in such a traditional world until, well, well into the twentieth century really. But I think the real problem is that, often people from backgrounds where there is no academic history, I didn’t, I mean my parents I think both left school at sixteen, I mean, it’s, it’s a shock to them. They’re going into a very different world. Universities are a shock to people anyway. I think we, we all found that to some extent. And... But, going to Oxford and Cambridge is so much removed from the normal sort of pattern of life. Whereas, for me, Manchester was great, because I, if you lived in Manchester, you probably lived in fairly grotty surroundings [laughs], and, and you struggled in in the rush hour on the bus with everybody else, and you went to a pub which was probably full of Mancunians boozing in the evening. And you went to pick up local girls in the dance on a Saturday night. It was... Whereas there weren’t many girls at Oxford or Cambridge in those days. So, you were in a... I, I grew up, as far as I’m concerned, coming from Melton Mowbray to Manchester, I grew up, I turned from a boy into a man. And you can guess all sort of ways, and you’d be quite correct. Whereas Oxford and Cambridge, you know, you’re in this cloistered sort of atmosphere of a, of a college. Well very nice, beautiful places, but then there are all sorts of restrictions on them. You weren’t allowed to own a car, you know, in the past, up there. And the proctors used to prowl, still do I think, looking for students causing trouble. There were restrictions on the hours you were out and that sort of thing. I mean all this has relaxed very much since, but, it was... And you’d have been, it was a rarefied world, let’s put it like that. Whereas I think what I needed was to, grow up, see what the big city life was like.