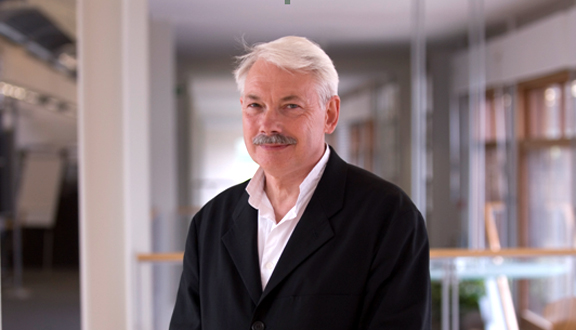 Peter Head reflects on the responsibility of being placed in the public eye.

I was a principle voice on CNN talking about Dongtan and Tianjin and these projects in China and that was a sort of – in a way a very high point but of course subsequently when these projects weren’t delivered, you know, people question the whole situation when you’re a principle voice saying this is the future. And the Time magazine said I was one of thirty, whatever they said, global eco heroes or something alongside Arnie Schwarzenegger, and The Guardian said I was one of fifty people that could save the planet, all this sort of stuff. As far as I was concerned this was not saying anything other than the fact that I had a big responsibility, I’d been recognised as somebody who knew enough to – which I guess is partly why I thought I should do something. But secondly I realised that actually you’re not going to change the world through publicity, you’re going to change the world by action on the ground so I’m now basically focused on that. I don’t know, I mean I suppose there’s always part of you that says, ‘Wow, you know, this is absolutely amazing, isn’t this exciting,’ but then there’s another big part of you that says, you know, this is – this is really awful because this is a massive responsibility, you know, these people are saying there is a need for these people and they’ve got to do something. And when I looked around at the other people and I looked at the influence they could have compared with the influence that potentially I could have their influence was – in practical terms was relatively limited, so I did feel a sense of responsibility rather than anything else, I don’t think it blew my ego up very much, it probably did a little bit but not too much [laughs]. Because I know so much and I constantly check and analyse the science behind what’s happening on the planet, you know, it’s like staring into the abyss every day for me. I’m – I am looking into some very, very dark corners of the future of human civilisation and I don’t like doing that but I feel it’s necessary to do that to have any sense of where we should go. And therefore there is a huge responsibility when you’re seeing that to actually try and provide some leadership in a better direction. So that’s sort of how it feels, it’s – it’s both scary and challenging and exciting and terrifying all at once.