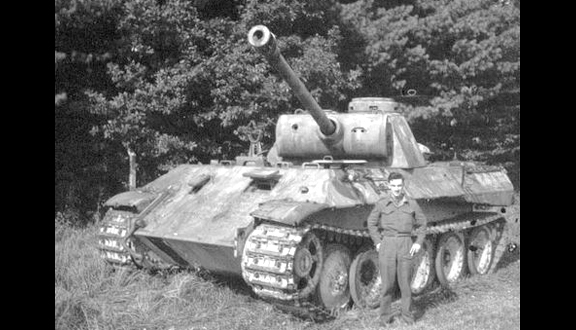 Operation Surgeon, cutting out the interesting bits of technology and sending them back to UK, to Farnborough, to the newly established Bedford, I jumped at it. You know, when you’re young anything interesting like that is – ‘cause it was a pretty wild place at the time, there were displaced persons wandering around all over the place, they didn’t know whether there was going to be a German underground, and the Russians were menacingly near on the – they were within twenty-five miles of Völkenrode.

What was your personal impression of the German facility?

Well it’s difficult to answer that question. I hadn’t seen very much. I’d been working in London, and that’s about all I’d done. I had been to Farnborough a few times, and I had seen one or two of the wind tunnels, but I think I realised then that this was something an order different in the standard of the tunnels and the speed of the tunnels and the size of the tunnels. And we were hopelessly behind and of course we hadn’t realised that you could fly beyond the speed of sound, by looking at the first Whittle jet, the first Meteor and the first Whittle prototype demonstrator, you realised that it was designed by sub-sonic aerodynamicists. And in the meanwhile the Germans had been working on swept wings and delta wings, which we hadn’t even dreamt of until we saw what was going on there. And we quickly absorbed it, and the Americans were even faster at absorbing these things. And it was quite obvious that the Germans were miles ahead of us.