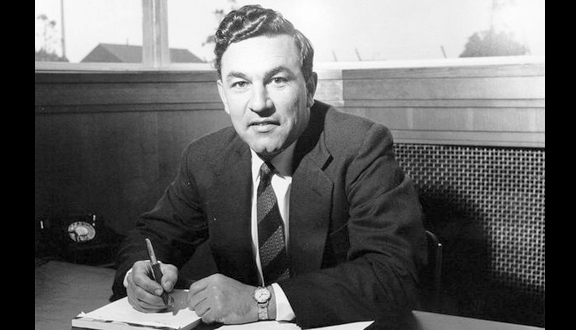 Ralph Denning comments on the use of computers to design jet engines at Rolls-Royce in Bristol.

When I arrived on the scene, computing was a tool rather like a big slide rule and they used it for calculating engine performance. Well we decided among ourselves that we were going to do it differently. That we were going to design engines, do the initial project design and the – the variation in design to find out where the optimum lay, we were going to do that on the computer because you cannot – you haven’t got the number of people – enough people to go and design a hundred engines ‘cause they take a hell of a time to design one engine let alone ten or hundred. So we wanted a system which would give us the scantlings, that is the outline of the engines, the blades, pressure ratios and so on, and using the information we already had accumulated from all the designs we’d done in the company we were able to produce a system, what I call a bottom up design. In other words you start from technical specification of what you want to do and then you decide from the bottom up, how you – how many blades you have in the compressor, how many stages you have in the compressor, what pressure ratios you’re going to use, what efficiencies you’re going to get and so on. And you can in fact – using what we call regression analysis you can take all the information you collected from all the engines, and we had done quite a lot of engines, we were able to do this regression analysis which told us the right way to do it, and we put that all onto the computer. We put the costing of engines onto the computer and the development programmes of engines onto the computer and so we – we arrived at a point where we could – we could overnight design an engine and design a series of engines, do a para – do what we call a parametric study. And we were the first people I think in – to do it with a bottom up system.

How did all your assorted experts, who you are sort of feeding into this computer system, see this process?

A mixed reaction, some thought they were having their jobs taken away from them, others thought, oh here’s a good way of doing that – doing our job. For instance we worked out costs of blades and of different shapes and aspect ratios and thickness cords and speeds and we could cost a engine, programme, overnight. Now these chaps did it all by hand just like the designers who stood in front of the drawing board with their pencils poised, and yet they didn’t need to do that, they could choose from among a dozen different engines if they wanted to and say, ‘Look, this one’s the cheapest.’ But if you haven’t got engines designed to a common system you won’t get that answer and if you had ten teams of engineers sitting – standing in front of drawing boards drawing engines at the same time they would all be drawn to different rules, or the different feelings of the engineers as to what was right and what was wrong. They would be stuck for support from the stress men and the weights engineers and that sort of thing. That you couldn’t – we could do overnight what would take years to be done by hand.