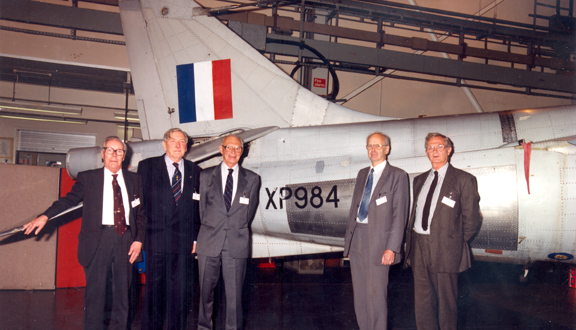 Any fool could do it. Well, the aerodynamicist would like to have an enormous wing and no fuselage at all. Now there was at one time a series of cartoons of what an aeroplane would look like if it was designed by the aerodynamicist, what it would look like if it was designed by the structures people, which if I remember was just two planks of wood with a very large nail through between them [laughs], and what it would look it if was designed by the systems engineers, and so on and so on. You can produce quite a list. Now it if was designed by the test pilots, well it would just be one magnificent cockpit with a coffee machine in one side, you know, and a cigar lighter on the other, and that sort of thing. But they all have to interact and they all have to compromise their desires to suit all the others. So, perfectly simple, as I said.