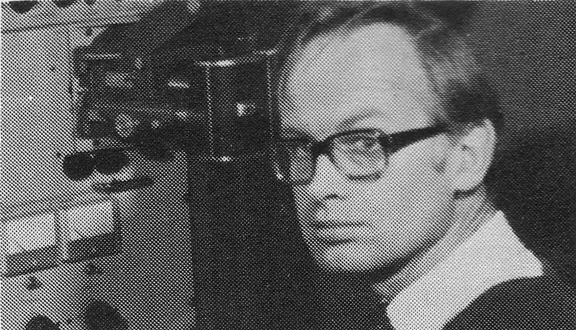 Roger Moreton describes how Bill Watt, Bill Johnson and himself made some of the earliest carbon fibres at the RAE in the 1960s with aid of some Meccano.

So at that point Watt and Johnson started taking various fibres, including acrylonitrile, and tried to make carbon out of them.

How do you actually make carbon out of a fibre?

Well, what Hoots had done was just heated at a temperature of about 200, I think it was, in air and it went brown. But if you heat it at a higher temperature it goes black. And the properties are a little bit better than the competition previously in existence but not particularly good. One of the problems was that when you heated them, the fibres shrank. So Watt and Johnson said, well, we’ll stop this by winding them on to a former. So they wound them on – I don’t know what the first ones were. They were either glass or Meccano. It wasn’t long before it was Meccano. We were sent down to the local toyshop with instructions to buy something like 400 strips of Meccano [laughs], which astonished the man in the shop.

Did he have them all?

No, he had to send away for them. But anyway, it turned out to be a crucial step. If you put them on a former, hold them at constant length, heat them in air, they don’t break and they stay straight, whereas if they shrink they become all frizzled up like Afro hair. So they stayed straight, so they were easier to assess mechanically. You can then carbonise them and as you heat to higher and higher temperatures you can measure the properties. And the properties turned out to be very good indeed, at least a threefold increase in stiffness in relation to the competition, perhaps more, after carbonising to 1,000 and then further increases in stiffness if you heated to – we eventually settled on 2,500 for the final heat treatment temperature. And if you did that you had a fibre that was twice the stiffness of steel, about a quarter of the density and strong as well in relation to, say, glass fibre.