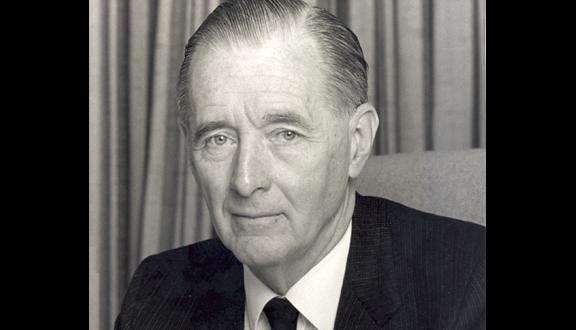 Roy Gibson discusses how his career has so far included a dozen retirements.

I think the high point will be when I retire. There’s a joke in the Space community of Gibson’s retirement, I’m said to have retired twelve times and each time we’ve had big dinners and celebrations. But I think probably during this year I finally will be retiring, and that will certainly be the high point. I’m looking forward to it. At the last time we did it, we did it in Clarence House, and I announced I was going to withdraw from this forest project and hang up my solar paddles and things and … and they all roared with laughter and said, ‘Well you can’t have that because we’ve just started to sell tickets for your next retirement dinner.’ And [laughs] no, seriously I don’t really have any high point. I’ve done things I’m happy that I’ve done. I’ve done some things I’m not happy that I’ve done. I like to think the balance is positive, but not entirely so. And … my father always used to say that life was like a public lavatory, you should always leave it cleaner than when you came into it. And I think there’s a bit of that about it in me. I like to look at areas where, say well, ‘That's now working, it used not to work,’ that gives me a good feeling. But only because I’ve worked with so many people, I mean I don’t want to give the impression alone I did it and … Batman was never my model. You know, I have quite a lot of down time and I’ve got lots of, erm, lots of interests. And I want to get back to Ancient Greek and I want to improve my Arabic writing, things like this, which are things you can’t dabble with. You either, you know, or I can’t anyway, and go bald-headed into it or not. So I’m not looking for complete inactivity.