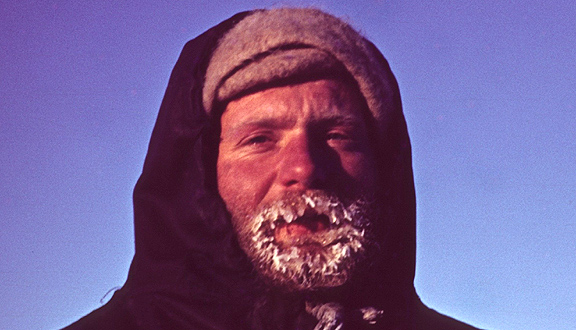 Show full transcript
We flew down the Gilman Glacier. I had a steady echo down the centre of the glacier towards the snout, had a steady echo, and I saw the depth decreasing, just exactly as you would expect, as we flew down the glacier to the snout and I saw it peter out on the snout and then we just got the rocky ground below. And I think I can honestly say, that was the first time I really believed in my heart that what we were recording was the depth of the ice, wasn’t some complicated fault of the apparatus [laughs] producing this sort of result. And so I developed the films. I was very thrilled with the results, you know. We got echoes everywhere. You could see everything clearly. And this was the first ever from the air. It was really very – so I started to write there and then at Alert Weather Station. And I actually – I made the prints necessary for a publication in their darkroom there. And I wrote the whole of the paper I proposed on - you know, Glacier Depth Sounding from the Air, was the title. And I remember that it was no more than – it was less than two weeks between the time I dropped this paper addressed to Nature, the editor of Nature, into a letterbox in Cambridge, I well remember [laughs], dropping it into the letterbox, and it appeared in Nature with a notice on the front cover, within two weeks of that. So that’s probably the most exciting publication I can lay claim to, you know, that this was a real announcement. Plenty of other more distinguished people have had [laughs] many such moments, but I think that was my moment.

Stanley Evans: playing with radio equipment as adult and child