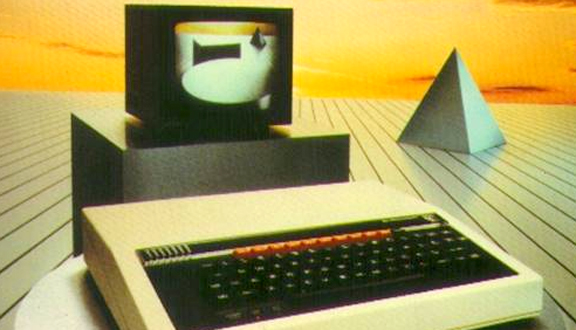 And of course there’s the famous story, as repeated in Micro Men, of the week – I think it was Easter ’81, when the BBC announced they wished to visit Acorn to see what we were offering. I mean we had the Atom, the Atom had been out some time so the company now had some credibility as a manufacturer of the sort of box they wanted, but they wanted something significantly more advanced than the Atom. And so there was the – the weekend where Hermann rang Sophie and said, ‘The BBC are coming on Friday, can we show them a prototype?’ We hadn’t started building anything at this point, and Sophie said, ‘Don’t be silly,’ and so Hermann rang me and said, ‘BBC are coming on Friday, Sophie thinks we should show them a prototype, what do you think?’ and I said, ‘Well that seems a bit unlikely but if Sophie’s willing to have a go I will,’ and then he rang Sophie back and told her that Steve thinks we can do it so [laughs], you know. This is – and so on the Monday, you know, I tidied up the circuit diagrams that we’d been sketching for the Proton into something that was just about what we could build and we got Radomnich Banarjee from the computer lab to come and wire up the prototype. That took until about Wednesday I think and then from Wednesday to Friday we were trying to get it to work. Again, you know, I’m still officially at the university but that week was rather busy. We spent, you know, all Wednesday night, Thursday night trying to get this thing to work and then on the Friday morning there’s the well documented final suggestion from Hermann about disconnecting this, I think – it must have been a ground wire connecting an Acorn system rack which we were using as the development host and then a cable across to the prototype, Proton board. And there was a big earth cable to try and keep the noise down and Hermann said, ‘Why don’t you just disconnect that?’ and the machine annoyingly sprang into life. Well [laughs] annoyingly in one sense ‘cause Hermann had no idea what he was talking about. But we were all – you know, we were very tired and very much out of ideas and this one just happened to work. Now in Micro Men this is portrayed as happening about three minutes after the BBC arrive and the real story it was about three hours before they arrived, about 7:00am on the Friday and so by the time they arrived the machine was running reliably and it took until the afternoon for Sophie to get the graphics running. But you know, we had a working prototype and in parallel Hermann had got Allen Boothroyd to build a case model, so when the BBC arrived on the Friday then, you know, they were shown, this is what it’ll look like, here’s the box and they were shown and this is what it’ll work like. Right, the prototype of course wouldn’t fit in the box but that was a detail that we had a bit of time to sort out. That and other factors I probably don’t know about persuaded the BBC to go with Acorn for the BBC Micro.