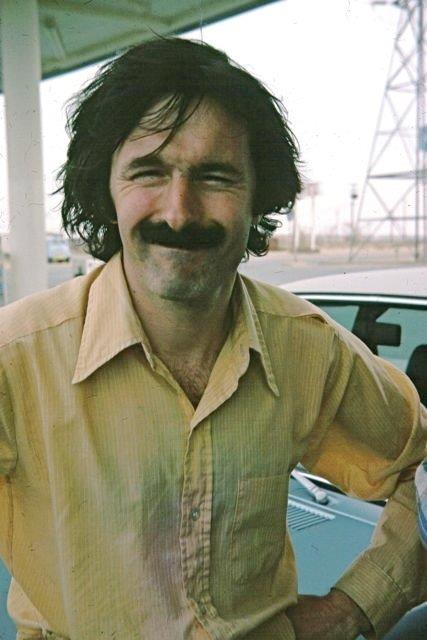 Steve Jones tells the story of the origins and development of his career as a broadcaster and writer, from the 1980s.

Out of the blue came a message from the BBC to UCL: was there anybody who could come down and talk about snails on Woman’s Hour?  So they picked on me and I went down and there was this fairly grand woman who said, “Oh, oh, Dr Jones, I gather you know about snails," she said,  “I have a question - a scientific question I want to ask you."  I said, “Yes?"  She said, “These animals are absolutely noshing my hostas, what should I do?"  And I thought, what?  And this was live, you know.  [laughs]  I um-ed and aw-ed and I said, “Well, I don’t know about that stuff.  This is gardening, not my game." And I thought, well they’ll never ask me back again.  But they asked me back again and again and I did have hundreds and hundreds of little pieces for them.  And I - through the good auspices of Deborah Cohen, who then became Head of Radio Science, who’s an extremely capable broadcaster, still there - we set up a thing called 'Blue Skies' which I thought would last for six programmes.  It lasted for forty or fifty, and it was on Radio 3 and it was an arts/science type thing and was utterly obscure.  Usually went out on a Saturday night on Radio 3 during the concert interval in the evening; as far as I was aware, there was nobody listening to it.  But it was really good fun to do, because every one was a mix of a scientific theme and an artistic theme and I really enjoyed doing it.  For example, we did one particularly good one early on - it was about time and it was about time in the novel, time in music, time expansion and dilation in physics, measuring time.  And it just all fitted together.  That particular one introduced me to AS Byatt who I then became really quite friendly with.  And a lot of her books had quite a lot of scientists in them as characters, and she has a book with a lot of snail genetics in it which came from my discussions with her.  And I think the BBC in its own odd way rather liked it, and out of the blue, in about 1990 - completely out of the blue - I was invited to give the Reith Lectures.  And I gave them on a topic called 'The Language of the Genes'.  And they were a triumph, not because they were particularly good lectures, although I put a lot of effort into them, but because 1991 was the year when the public was just becoming aware what was happening in genetics.  And the BBC had lots and lots and lots of queries about them from the word go.  And they then produced a Roneo’d version of the scripts - and they literally were Roneo’d, showing the period when this was done - which they sold at some large sum, twelve pounds or so for each, probably forty or fifty pages of script.  And they sold 15,000 of them to people out there who really wanted to learn this, to hear about this stuff.  So they made 180,000 quid having paid me 10,000 quid.  [laughs] But they did pay me a bit more.  But then I thought, bloody hell, and then I was immediately approached by publishers who said do you want to make a book out of this?  And I said yeah, and that was The Language of the Genes, which really sold like hot cakes.

Steve Jones tells the story of inspiration to use the dye in jeans to study relations between genetics and environment in the case of snails.