Before 1795, enslaved men were used as armed reinforcement only in times of emergency. Tim Lockley explores how the threat of invasion and yellow fever forced colonial powers to re-evaluate and witnessed the beginnings of the West India Regiments.

Before the formation of the first West India Regiment in 1795 there had been some black soldiers within colonial armies. The French and Spanish had both used slaves in their armies in the West Indies, and even the British had armed slaves during the American Revolution and offered them freedom in return for their service. But slaves were only armed temporarily in emergency situations, and after such periods of conflict were over the slaves were sent back to the plantations. It was more common for slaves to be used by the British Army as drummers and musicians, or as unarmed ‘pioneers’ who did all of the hardest and dirtiest jobs such as building forts, transporting supplies or digging trenches.

A massive slave revolt in the French colony of St Domingue (now called Haiti) in 1791 changed everything. Tens of thousands of French slaves armed themselves and fought successfully against their French colonial masters. When the British and Spanish invaded St Domingue in 1793, hoping to capture the colony for themselves, the French only had one option – get the slaves to fight on their side against the invaders. The only way of doing this was to abolish slavery, which happened in 1794. Black generals such as Toussaint L’Ouverture then successfully fought against the invaders and proved the military effectiveness of large numbers of black troops. 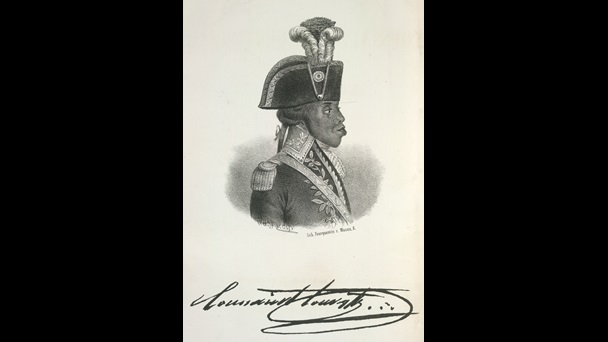 Toussaint L'Ouverture (1746–1803) was a Haitian revolutionary leader. Born enslaved, he became a general in the French army.

The British invasion of St Domingue coincided with the appearance of a new and deadly strain of yellow fever that killed many troops. Most slaves were from West Africa and were immune to yellow fever, having had a mild form of the disease as children. The new outbreak did not affect them very much. Europeans were not immune and died in huge numbers. More than half the 20,000 British soldiers sent to St Domingue died of the disease. Most of the rest spent weeks in hospital and were clearly unable to fight. Nobody knew that the disease was spread by mosquito bites and so they could not understand how to stop it. The terrible experiences of the British troops in St Domingue forced a rethink about recruiting black troops to replace European soldiers in the West Indies. 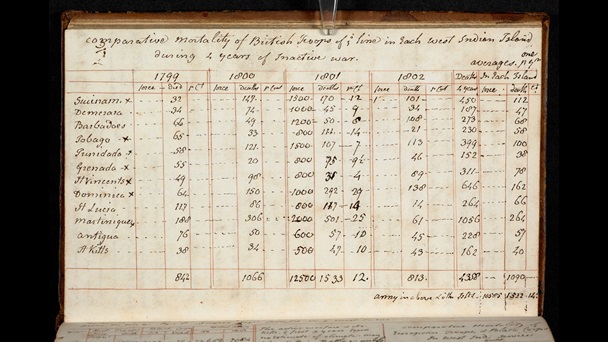 The data from reports between 1796 and 1802 was put into a series of tables by Sir William Young MP and shows just how terrible the mortality had been.

British military commanders in the Caribbean told officials in London that black soldiers were absolutely necessary for the security of the British islands. Experiences in St Domingue had taught them how effective black soldiers could be, and how well suited they were to the tropical climate. They complained that they had so few healthy white troops by 1795 that they could not have prevented the French from capturing British colonies. Officials in London agreed that black troops were necessary and authorised military commanders to raise several regiments from the local slave population. The colonial legislatures on each island were told to provide slaves for the regiments but most refused. Some former slaves were recruited from captured French islands such as Martinique, Guadeloupe and even St Domingue itself, but eventually the Army had to purchase slaves for the regiments.

Letter arguing for the recruitment of black soldiers to serve in British Army in the Caribbean, 25 December 1794 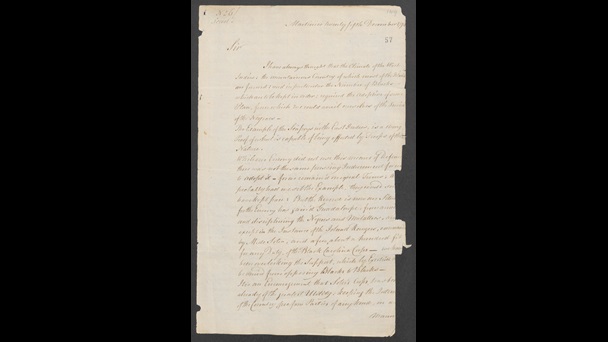 'Sir, I have always thought that the climate of the West Indies; ... and in particular the number of Blacks which are to be kept in order; required the adoption of some plan, from which we could avail ourselves of the service of the Negroes.'

The Army purchases slaves for the regiments

Until 1807, when Parliament banned the transatlantic slave trade, slave ships arriving from Africa were the main source of recruits for the West India Regiments. Recruiters were given contracts to purchase slaves direct from the ships, looking for the healthiest and strongest young men to draft into the regiments. These men were not given any choice in joining a regiment, but it might well have seemed a better life than working on a sugar plantation. They would receive housing and food, a smart uniform, a rifle and wages. Unlike a European, they did not enlist for a set period; rather, they were to serve ‘for life’, though in reality the Army retired men once they became too old to be effective soldiers.

Instructions for the equal treatment of black and white soldiers in the British Army, 1797 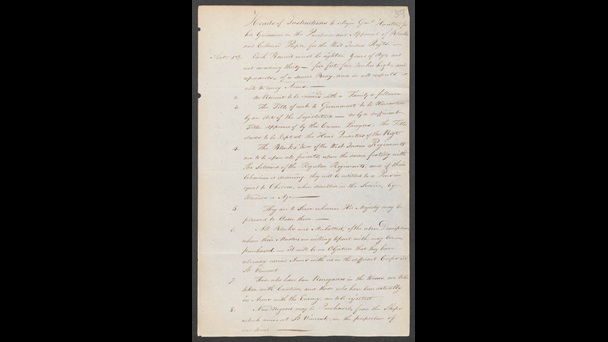 This document contains a detailed set of instructions from early 1797, probably written by the Commander in Chief, for Major General Hunter setting out how he should select men for the Regiments.

The Army bought more than 13,000 men from slave ships for the 12 West India Regiments between 1795 and 1808. They spent nearly a million pounds on buying these men (about £70 million in today’s money).

Once British involvement in the slave trade was banned in 1807, slaves could no longer be bought for the regiments. Instead, men who were liberated from slave ships by the Royal Navy were given the option of enlisting in the Army, and this became the main source of new recruits. Gradually, recruitment shifted to Sierra Leone, a British colony in Africa.

Orders in Council concerning the abolition slavery in the British Empire, 28 March 1810 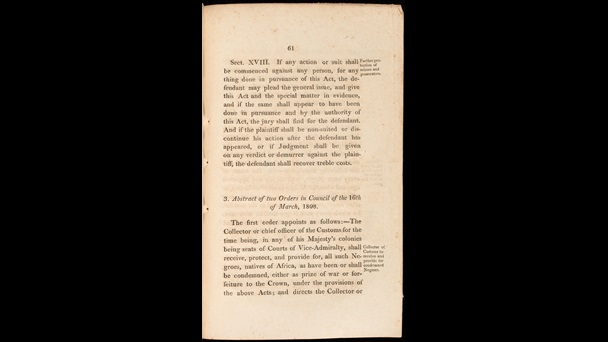 The order in council states that before the liberated Africans are transported to Sierra Leone, local military commanders had the option of enlisting men ‘fit for military service’.

The West India Regiments were created to defend the British West India islands during the Napoleonic Wars with France. At one time there had been 12 regiments, but this was reduced to eight in 1802. When the war ended in 1815 the Army began to reduce its total number of soldiers, including the number of West India Regiments. Between 1815 and 1820 five West India Regiments were disbanded, with the best soldiers drafted into the remaining regiments and the rest resettled either in Sierra Leone, Trinidad or Honduras. After 1825 only two regiments remained, based in Barbados and Jamaica, but the Army never returned to the situation that had existed before 1795. Black soldiers would be a continuous presence in the West Indies from now on. 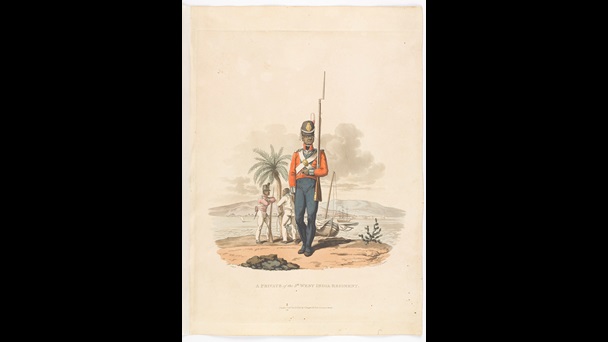 The private of the 5th West India Regiment would have been clearly recognised as a British solider by his uniform.