The soldiers of the West India Regiments helped to protect all aspects of British Rule. David Lambert describes how they fought to end regional unrest as well as defending colonial interest.

The men of the West India Regiments were soldiers, but they did more than fight in wars. They also helped to maintain British rule in its Caribbean colonies. This meant that they did not just fight Britain’s foreign enemies, such as French soldiers during the Napoleonic Wars (1803–15). They were also used against others who seemed to threaten British rule, such as rebel slaves and civilian protestors.

We can see this on the island of Barbados in 1816, when there was a rebellion involving large numbers of enslaved people. This event is commonly known as Bussa’s Rebellion after the leader, an African man brought to Barbados as a slave. The rebellion broke out on 14 April, which was Easter Sunday. The colonial government quickly mobilised its military forces in response, including soldiers from the 1st West India Regiment. Two hundred of these men fought against the rebels in the east of the island. At first the rebels cheered when they saw the black soldiers, perhaps hoping that they would help them. They were wrong. When the soldiers opened fire they killed many people. The rebellion was quickly crushed.

After slavery was abolished across the British Caribbean, the West India Regiments continued to help maintain order. The ending of slavery in 1834 was known as ‘emancipation’, which means freedom. But the ex-slaveholders still possessed much of the land, wealth and power, which meant that the freedom of ex-slaves was severely limited. Indeed, until 1838, most had to keep working for their former owners as ‘apprentices’. The system of apprenticeship was little different from slavery. Even after 1838 the ex-slaves continued to face discrimination and harsh treatment. Many were badly paid, faced high taxes and lived in poverty. Most ex-slaves were not allowed to vote and suffered legal discrimination in the courts, so they could do little to change things.

Just as people had risen up against slavery in Barbados and elsewhere before 1834, so they protested against the difficulties they faced when slavery was ended. And, again, soldiers from the West India Regiments were deployed to prevent or end unrest in Britain’s Caribbean colonies. For example, West India Regiment soldiers were deployed following riots in 1859 in Jamaica. These occurred in the west of the island in the parish of Westmoreland and near the town of Falmouth. The high taxes that ex-slaves had to pay were a major cause of this unrest. 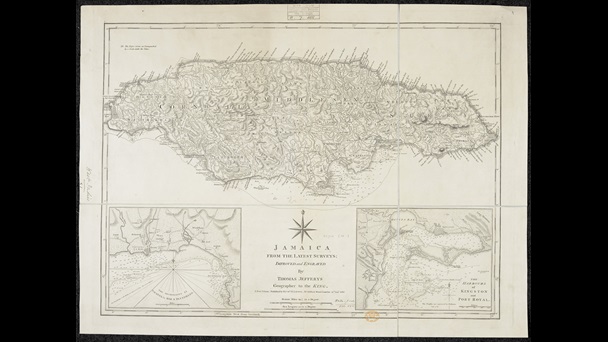 This map of Jamaica was published just over twenty years after the ending of slavery and almost ten years before the Morant Bay Rebellion. Such maps were useful for government officials, colonial administrators, military commanders and landowners. They also acted as a visual reminder that the British were in charge in Jamaica and elsewhere across the empire.

Whether fighting rebel slaves before emancipation or putting down unrest after emancipation, soldiers from the West India Regiments came up against people of African descent – that is black people just like themselves. For this reason, there were fears that they would change sides and join with the rebels and protestors. Such worries were strongest among the white people who lived in Britain's Caribbean colonies, but were also held by some government officials back in Britain itself. Would black soldiers follow orders and fight to protect British rule – or might they join with the rebels and turn on their white officers? 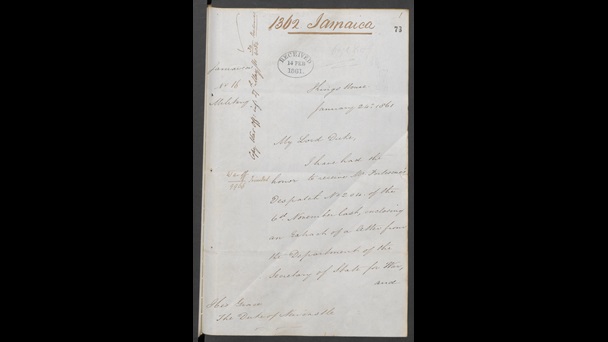 The Secretary of State for the Colonies, Henry Pelham-Clinton, wrote to the governor of Jamaica, Charles Henry Darling, in January 1861 to enquire about the loyalty of the West India Regiments.

The Morant Bay Rebellion: The ultimate test of loyalty

The ultimate test of the West India Regiments’ loyalty took place in Jamaica in 1865. Slavery had been abolished for more than 30 years by this time, but Jamaica remained a racially divided and deeply unequal society, with most black Jamaicans living in poverty. The Morant Bay Rebellion, as it has come to be known, began as a protest against such conditions. On 11 October 1865, hundreds of Jamaican peasants marched on a courthouse in Morant Bay, a coastal town in south-eastern Jamaica. They were led by Paul Bogle, a black preacher. The local militia, which was a voluntary military force, fired at the protestors and killed seven of them. The protestors then attacked the courthouse, burning it and other buildings, and 25 people were killed. Peasants rose up across the area in the days that followed. 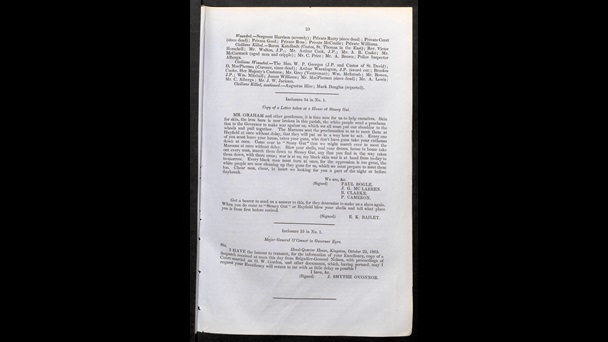 '... it is time now for us to help ourselves. Skin for skin, the iron bars is now broken in this parish, the white people send a proclamation to the Governor to make war against us ... The Maroons sent the proclamation to us to meet them at Hayfield at once without delay, that they will put us in a way how to act.'

The most powerful person in Jamaica at the time was an Englishman, Edward John Eyre. He was the governor of the colony, which meant that he represented the interests of Britain on the island. Fearing that the Morant Bay Rebellion was the start of an uprising across the whole island, Eyre declared martial law on 13 October. The local military forces, under the overall command of Major General Luke Smythe O’Connor of the 1st West India Regiment, acted swiftly to end the rebellion. By the end, more than 400 Jamaican men and women had been killed by soldiers. Over 350 more were arrested and then executed by soldiers, including Paul Bogle himself. There is no doubt that some of these men and women were innocent of any crime.

The local military forces that suppressed the Morant Bay Rebellion included black soldiers from the 1st West India Regiment. Many of the troops were themselves black Jamaicans, a notable change from the early years of the West India Regiments, when most had been Africans. However, just as in Barbados in 1816 and despite the fears of some white people, the black soldiers showed no sympathy for the rebels. In fact they were commended by Major General O'Connor and thanked by the white Jamaicans for their actions.

Ellis's The History of the First West India Regiment, 1885 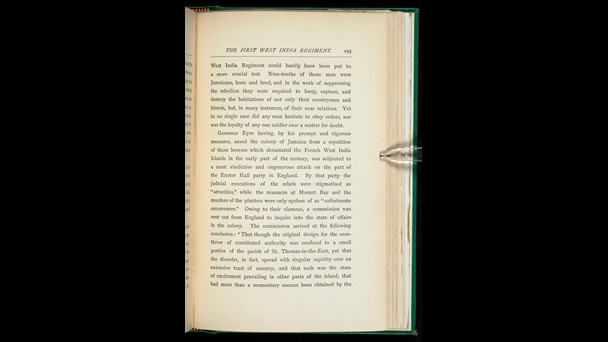 The soldiers of the West India Regiments served the British Empire not only in war, but also by helping to end peacetime rebellions and unrest. Despite persistent fears about their loyalty, they never once switched sides and always did their duty in defending the Empire. 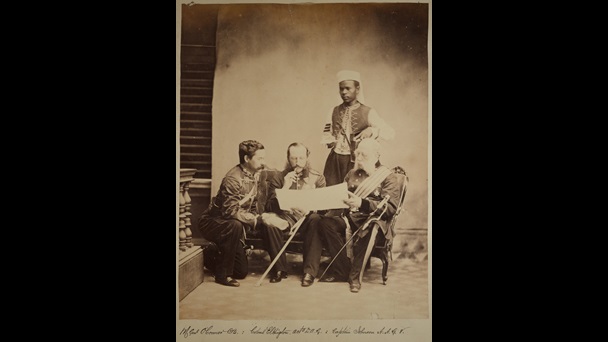 This photograph shows three officers, Colonel Elkington, Captain Johnson, Major-General O'Connor, and a (unidentified) black sergeant from the 1st West India Regiment. It was taken after the Morant Bay rebellion had been ended.