Close readings of John Agard's ‘Checking Out Me History’, ‘Flag’ and ‘Half Caste’

John Agard's poetry has political complexities. Daljit Nagra delivers close readings of three of Agard's poems, analysing how each engages with questions of identity, nationhood and the brutal legacies of empire and enslavement.

When I think of John Agard’s poetry I think of the political complexities of his work. The kind of Political poetry I enjoy in Agard’s verse is the complex poetics that speak back to the source of power. This type of poetry addresses an institution or a powerful individual who has set in motion a culture that creates problems for individuals. The voice of such a poem, if high art is being created, will not simply wag a finger but will use a range of tones to explore why power was enforced in such a way and what effect it has had on the speaker, or its effect on the mass of people the speaker is representing.

Born in 1949 in what was then British Guiana, Agard moved to Britain in the late 1970s. It’s hard to see his poetry as separate from his background. He is a poet who has experienced the effects of empire both in Guyana where he spent his first two decades, and in the source of imperial power in the motherland, Britain, where he has lived for the past four decades. He has a strong Caribbean accent and he reads his work with brio, with gusto and with an energetic delivery. He stresses certain words, often holding on to a syllable for a few seconds or speeding up and glossing over words for the sake of the rhythm. This creates the impression, for me anyway, that he’s attacking the English language by refreshing the sounds of words, by placing these words in unconventional verse forms, often from the Caribbean and by using phonetics and slang that takes us away from standard English and from the Oxford English Dictionary. In addition, his syntax is often his own and represents his own natural spoken voice. When reading an Agard poem, we are constantly aware that we are not hearing a typical English poet from an elite background, but instead we are inhabiting the vowels of a minority ethnic. This deliberate refusal to mimic the voice of the national poetics is itself a Political act; it is the assertion of the Caribbean voice placed on a par with the standard voice of British poets. Agard’s poetry is published in Britain by the esteemed publisher, Bloodaxe, and this ensures that his poetry is read and heard alongside the white British poets who are his peers.

Now to the three poems, ‘Checking Out Me History’, ‘Flag’ and ‘Half Caste’. What immediately strikes me about Agard’s titles is their political intentions, which are laid bare from the outset. We first enter each of these poems knowing that there will be an engagement with a complex strife. We know about the slave trade, and we know Agard is of mixed heritage that includes Spanish and African. So the title ‘Checking Out Me History’, suggests a quest that seems full of multicultural wonder mixed with empire and its brutal legacy. 'Flag' is a title that announces its own symbolic properties of nationhood, of patriotism which is revered and reviled, perhaps in equal measure. Finally, the title ‘Half Caste’ is a bold assertion of a familiar term that became politicised and was seen as pejorative; we are keen to learn Agard’s precise attitude to this term, especially when applied to himself. 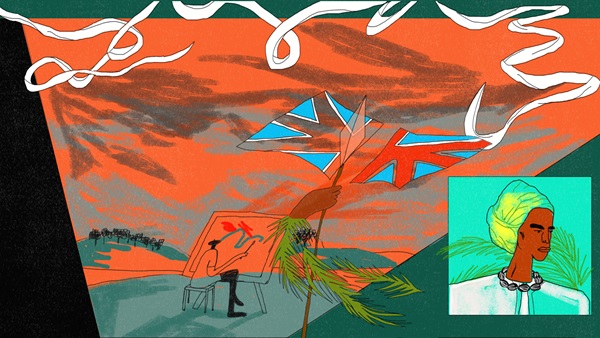 ‘Checking Out Me History’

Let’s look further into ‘Checking Out Me History’. The poem opens with an emphatic address, ‘Dem tell me’, which is repeated in the second line. From the outset, we are in the world of accusation, of a central powerbase inculcating minority ethnics. ‘Dem’ and ‘me’, with the upper case opening for each line, seems to give greater authority or menace to this collective pronoun ‘Dem’. The opening word ‘Dem’, and the smaller closing word ‘me’, of each line offers a divide, a sharp contrast which is played out in the poem. The poet feels blinded from his own identity; the white-owned historical narrative has ‘Bandage up me eye with me won history/ Bind me to me own identity’. This is a shocking idea, that someone should feel blinded, deliberately denied knowledge of his own ancestors and role models. The poem could continue a list approach by telling us what the poet has been taught – Lord Nelson, Christopher Columbus, Florence Nightingale, Robin Hood and so on. Instead, Agard uses the poem as an opportunity to educate his readership cheekily. This is the politics of subversion because Agard recommends an alternative history, such as ‘Shaka de great Zulu’ or incidents such as the one between ‘de Caribs and de Arawaks’. The poem interlaces outrage with a celebration of great world heroes. The strong and unusual rhymes and rhythms are closer to the Caribbean voice than the standard English voice, and help to emphasise the speaker’s need to honour heroic figures similar to himself. 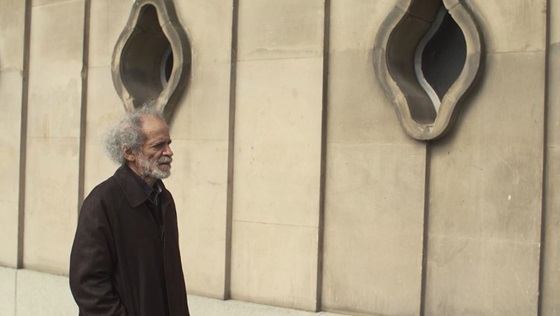 Alongside ‘Checking Out Me History’ you could read ‘The Ascent of John Edmonstone’, Agard’s poem about a man who was a ‘freed black slave who taught Darwin taxidermy at Edinburgh’ in 1826.

‘Flag’ is a gently reflective song whose cadences revolve around a series of rhetorical questions. The opening tercet, the unit of three lines, is ironic and gently mocking for the way it considers a flag as a ‘piece of cloth’, and for the way this cloth brings ‘a nation to its knees’. The simple language here, which relies on clichés, is all the more shocking in its rueful tone, and makes us wonder, how a piece of cloth could reduce a mass of people to a single identity. The simple style almost seems to reflect how easy it is for leaders of nations to win people over to their own cause, which often ends in humiliating people who subscribe to a different ‘piece of cloth’. The dismay of the speaker about the charm, the magical properties of the flag leads to the refrain, ‘It’s just a piece of cloth’. The poet is incredulous at the cloth’s power. The poem shows how easily we are led by symbols; how emotive certain aspects of national identity are at making us work together for a cause.

List poems such as ‘Flag’, in which the reader is held on the spot with a single fascination, rely on strong conclusions. As readers, we want to be rewarded for our patience. ‘Flag’ doesn’t disappoint: it supplies a knowing ending that’s suffused with rage as it offers its damning instruction, ‘Then bind your conscience to the end’. The verb, ‘bind’ is loaded with the idea of the self being wound up in the flag – restrained and imprisoned by it. It also suggests the idea of being bound, as in being dutiful to the cause of the flag. There’s also a passing hint of ‘blind’, that our conscience is not only devoted to a greater cause, but that it’s not our own anymore, because we are ‘blind’, because we have handed our conscience over to the demands of the flag. As a victim of slavery and empire, Agard knows something of the worst excesses of this act of subscribing to a flag.

The final poem I want to consider in relation to its politics is ‘Half-Caste’, which is very much a public performance piece of biting sarcasm. Poets often use satire as a political weapon of attack, and this poem attacks a compound-word for its poisoning impact on identity. The cause of low self-esteem, or diminished dignity, is clearly there in a commonly used description of individuals who have more than one obvious heritage. Of course, we nowadays know, through DNA testing, that our genetic mix is complex. However, I would suggest that the term half-caste, even though now seen as politically incorrect, is still in general use. This term is still used partly because there has been no useful alternative that doesn’t imply some people are pure whereas others are merely ‘half-’. Agard’s humour is at its best in parading a list of cultural details and testing their impurity, their 'half-ness'. The wit is enjoyable when Agard questions whether Picasso’s mixing of colours makes his paintings ‘a half-caste canvas?’ A life-time of being denigrated as half-caste has led Agard to mount up a list of questions which accrue sarcastic power, and imply the hurt that the poet feels. He is fed up with being called half-caste and his riposte is an onslaught aimed at making the point stick, and encouraging all of us to stop using this offensive term. This poem is Agard as the moralist, who wishes to clean up our use of language which is racially biased.

So many of Agard’s poems hit the mark at exploring how generations of West Indians were invited to Britain to help rebuild the nation, yet they were denied the pride of their own identity. They were expected to lose their own identity and accept the identity politics of a narrow Britishness. Poets such as Agard help to challenge orthodoxy with their brave and daringly provocative poems. The poems on the page are one thing, but to see Agard when reciting his poems is to experience another level of politics, of a man proud of his own heterogeneous identity, and proud to share that identity with us so that we are inspired to embrace diversity and celebrate it.

I would like to conclude by considering what it means to be political in poetry. I think of political poetry as divided into two broad categories: politics where the word begins with a lower case ‘p’, and politics where the word begins with an upper case ‘P’: politics and Politics. The lower case version includes poetry that focuses on the effects rather than the causes of events; it often presents individuals in a dramatic context, and from this we gauge the political forces that have worked against them and led them into their current predicament. The speaker is not addressing the source of power but is caught up in a particular context. In terms of  upper case Political poetry, there is a clearer and more detached focus on the roots of the problem. I don’t mean Political poetry, as in agitprop or verse designed to speak for only one point of view; it’s hard to think of this kind of poetry as high art, because it is immediate, one-dimensional and aimed to provoke an active response such as street protest; it does not require rereading so that the reader can work out all the shades of meaning. I think of Agard’s poetry as sitting somewhere between the two stools of political and Political. His poetry is sophisticated and written for the page so it is literary, and it seeks to find the complexities in issues; yet it is also deliberately immediate and easy to understand on first hearing, it springs from the oral tradition and confidently addresses the source of power but without developing an overly complex argument. Agard’s poetry is exciting for the way it exists for both the page and performance.