A poem in Spenserian stanzas by Lord Byron (1788-1824), Cantos I and II appeared in 1812, Canto III in 1816 and Canto IV in 1818. When the first two cantos were first published they sold out swiftly. Byron declared: ‘I awoke one morning and found myself famous.’ Childe Harold was originally to be called ‘Childe Burun’, an archaic form of the Byron family name. The poem tells of a disillusioned young man, a melancholy, solitary, cynical ‘Byronic hero’, who tires of his sinful, pleasure-seeking lifestyle and decides to travel. The poet drew on his own experiences of the Grand Tour. 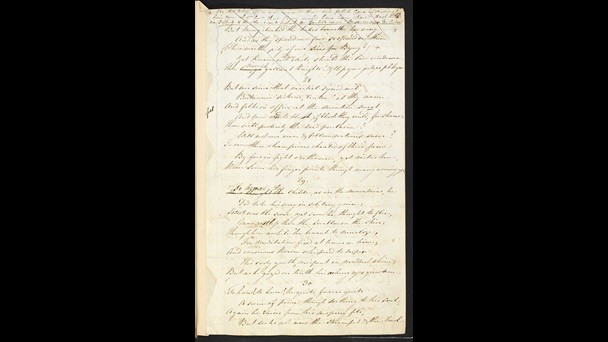 Landscape and the Sublime

Professor Philip Shaw considers how Romantic writers thought about the grandest and most terrifying aspects of nature, and the ways in which their writing responded to and influenced theories of the sublime.

Illustration of the Villa Diodati

Extract from The Corsair by Byron

Illustrated edition of The Vampyre