Vienna: Modernity in the making

An extraordinary number of ideas that shaped the 20th century can be traced back to Viennese culture between the end of the 19th century and the beginning of the First World War. Andrea Gibbons explores the Austrian capital as a home to psychoanalysis, Zionism and Nazi ideology, among other political and artistic movements.

A remarkable moment occurred in Vienna around the year 1900. As the Habsburg Empire and its values began to fragment and new demands for rights emerged, a cluster of artists, architects, musicians, social scientists and politicians would all experiment in ways that would transform their individual fields. Looking back at the art of Gustav Klimt, the architecture of Adolf Loos, the psychology of Sigmund Freud, the rising waves of socialism, feminism and the studies of Else Jerusalem, and the early political experiences of Adolf Hitler and Theodor Herzl, it is clear that this was a centre of creation for modernity as we know it.

Vienna’s monumental Ringstrasse curls around the inner city. Built in the mid-19th century, it is a band of wide avenues, aristocratic facades for shops and residences, a parliament building and grand public museums in the stone forms of ancient Greece and Renaissance Italy. It replaced the medieval defences to encircle the old city of narrow streets and awkward angles along which you find the cathedral, medieval palaces and churches. The Ringstrasse represented the triumph of a new reality over a fading monarchy – liberalism’s rise along with that of merchants and the middle classes.

Hitler stood here in the depths of poverty, and wrote that he could not take his eyes from these massive buildings.

Writer Stefan Zweig describes the age embodied by these same buildings as the ‘golden age of security’. Everyone believed with utmost certainty in the slow and steady march of progress day by day. Yet this certainty had already begun to fragment along with the Habsburg Empire itself, even as the Ringstrasse was being completed. Czechs, Moravians and Bohemians were demanding self-rule and the right to their own languages, and Austria-Hungary played no role in the European scramble for African colonies. Doubt in the old certainties worked to melt down old ideals of morality and refashion the meaning of high culture.

The Vienna of this moment has almost become frozen in time for us now, as so many writers have studied and analysed it to try to understand why it became such a centre of innovation. In Carl Schorske’s monumental work on fin-de-siècle Vienna, he argues that the decline of liberalism drove the bourgeoisie to experiment. Their inability to create political change caused them to focus their efforts on challenging aesthetics and values in the arts and social sciences above all else. For Steven Beller it was the clash within so many of the principal cultural figures of their Jewish background and the complexities of Vienna’s anti-Semitism. These multiple retellings tend to circle around the same familiar names and events, a narrative often obscuring the breadth of the rebellion in the social and political sphere as well as that channelled away from it into art, aesthetics and the life of the mind.

Women were part of this upheaval, demanding their political, economic and intellectual rights, sparking debates over the nature of gender and its appropriate roles as they forged their way into the arts, culture and music. Auguste Fickert, Rosa Mayreder and Marie Lang wrote and campaigned tirelessly. Else Jerusalem broke gender barriers in the social sciences to explore Vienna’s underworld of poverty and prostitution. Their movement sometimes overlapped with that of the poor and the working classes who saw socialism as an answer to their poverty, poor housing, lack of power and opportunity and voice – Red Vienna would become famous as an attempt to create a socialist utopia amidst the inflation of the interwar years.

The formation of Nazi ideology

There also emerged another kind of politics in ‘a sharper key’ – populist, rabble-rousing, aggressive and threatening. Georg Ritter von Schönerer shouted and raged for German nationalism and anti-Semitism, Karl Lueger used the same impassioned style to ally anti-Semitism with a conservative Catholicism. Schorske argues that when Lueger formally took his place as Vienna’s mayor in 1897, it signalled the end of classic liberalism. Adolf Hitler, living in poverty and frustrated as an artist, would adapt both their style and much of their content to the formation of Nazi ideology. Unsurprising then, that in this place and time Theodor Herzl would come slowly to his belief that Jews could only be safe in a homeland of their own, ushering Zionism into the world as a modern force.

Rebellion in the arts

This period of widespread social and moral crisis is the context for the rebellious movement within the arts and sciences that would help usher in modernity. Die Jungen, the youth, sought their own truth amidst the disintegration of the progress their parents had never questioned. Gustav Klimt led a group of artists to abandon the established art union. Known as the 'Secession', their motto was: ‘To the Age its Art, to Art its Freedom’. For the first issue of the group’s magazine Ver Sacrum (Sacred Spring), Klimt drew Nuda veritas or Naked Truth. A nude woman holds up a mirror and forces her observers to look themselves in the face and confront what they see there. Elena Luksch-Makowsky and Teresa Ries, Oskar Kokoschka and Egon Shiele would all challenge ideals of beauty and the proper subjects for representation in their work, changing how people looked at art and artist, and how artists looked at themselves. 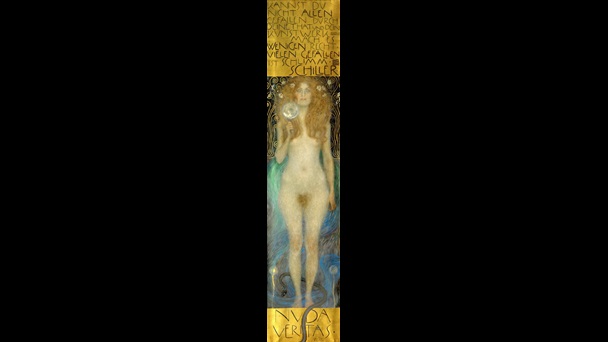 Sigmund Freud published On the Interpretation of Dreams in 1899. This keystone of psychoanalysis was built upon the analysis of his own dreams and the personal crises surrounding the death of his father, as well as the anti-Semitism underlying his professional stagnation and his political anxieties. Freud located the solution to these crises not in resolving an ugly political reality, but in working through incidents in his infancy, his youth and his sexuality, all made tangible through dreams. His focus on interiority and the power of the unconscious echoes on through the arts, and through everyday understandings of our own lives, where concepts like the Oedipal complex have become common currency. His ideas have played a central part in the way we view the self in the modern world, and the way in which we perceive and interpret the interplay between past and present. As Esther Leslie has written, ‘[Like Karl Marx], Freud set in motion an understanding of the ways in which the past works on the present and the present works on the past – for example, Freud’s notion of Nachträglichkeit, deferred action, in which the past influences the present, and also perhaps the Freudian idea that memory’s fragmented format highlights the role of forgetting and creative reconstruction of pasts in the present, as part of a shaping of a dynamic notion of the self’.

Austrian psychoanalyst Sigmund Freud in his office in Vienna, c. 1937 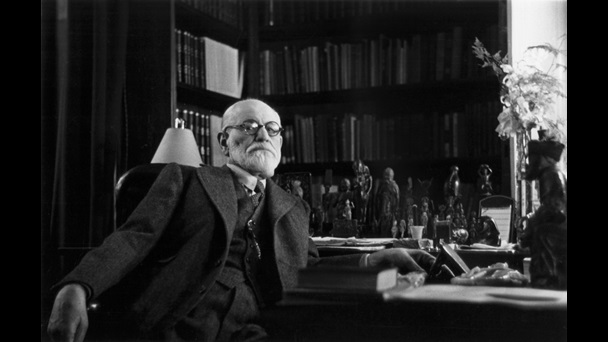 Sigmund Freud was the founder of psychoanalysis and his work permanently changed our understanding of the human unconscious.

Adolf Loos pioneered modern building, pushing forward the idea of an architecture stripped of ornament. Loos achieved this through his writing, some of it published in Ver Sacrum, and above all in the form of his buildings. He rejected facades and decoration to focus instead on the truths of a building’s purpose, its interior spaces and the integrity of the materials used. The stark modern structures we take for granted were revolutionary then, their plainness standing in total opposition to the ornate Ringstrasse embodying the previous age. Loos designed the Café Museum, which would become a key gathering place for modernist artists and writers. (It is at least in part the sociability of Vienna’s café culture that nurtured modernism, and created and sustained this rejection of the old to embrace change.) 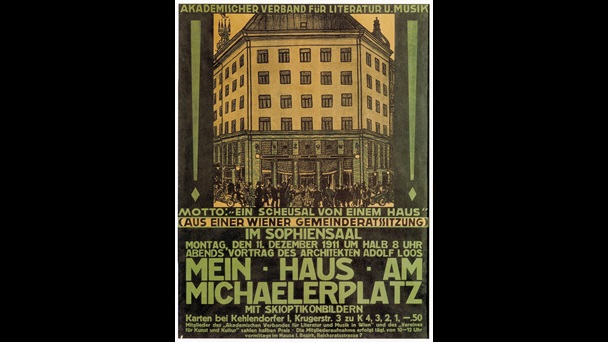 Adolf Loos was a pioneer of modern architecture who shunned ornamental features in favour of smooth clean lines; his was a modern aesthetic which redefined building design for the 20th century.

Mozart, Haydn, Beethoven and Brahms all lived and composed in Vienna, and Strauss’s waltz captured the essence of the gilded world of liberalism just as the Ringstrasse did. Gustav Mahler would help send the musical world crumbling before new forms, converting from Judaism to Catholicism in order to take up a post as conductor of the Vienna Court Opera between 1897 and 1907. Arnold Schoenberg would push even further into modernity, challenging classic perfections of consonance and harmony in his painting, but above all in his music. He sought beauty in entirely new forms and dissonances, opening up an entirely new range of possibility for composition. His invention of the 12-tone technique made complacency in art’s consumption impossible, just as the Secession and Freud did for art and dreaming.

Old certainties gone, the whole city and the vast lengths of the Habsburg Empire stirred into fervour and turmoil through a process of disintegration that would lead up to the First World War. But before 1914 brought it crashing to a halt, Vienna enjoyed a rare moment of innovative aesthetic brilliance that continues to shape how we view the world today.