Transgender identities in the past

Steven Dryden invites transgender activists to consider two newspaper articles from our collections and asks if we can find trans and gender non-conforming identities in the past.

Looking at the past through a contemporary lens can reveal evidence of lives very different from those we might expect to find. Minorities – smaller groups who sit outside the predominant majority within society – have often sought to find themselves in the past. In some instances these histories can be quite visible and relatively well documented in official records, although they usually relate to persecution, internment and oppression.

The exploration of the past for a minority history can be painstaking in terms of time, labour and emotional investment. However, these histories let us revisit a past that we think we know, ask new questions and consider things differently. This can have profound implications for the majority and the subscribed historical norms.

In January 2018 the British Library hosted a conversation between E-J Scott, curator of the Museum of Transology; Dr Jay Stewart, the chief executive of Gendered Intelligence (GI), and Annie Brown activist, artist and GI youth worker.

Using two articles found in the newspaper archives at the British Library, the conversation touched on the challenges of finding trans lives and experiences in archives, the idea of a ‘trans-past’ and the challenges faced by the community today.

On Monday 28 January 1833 the Sussex Advertiser featured an article about 24-year old actor Eliza Edwards who was found dead. Edwards is taken to St Guys Hospital for an autopsy, where it is discovery that they were ‘a perfect man’. 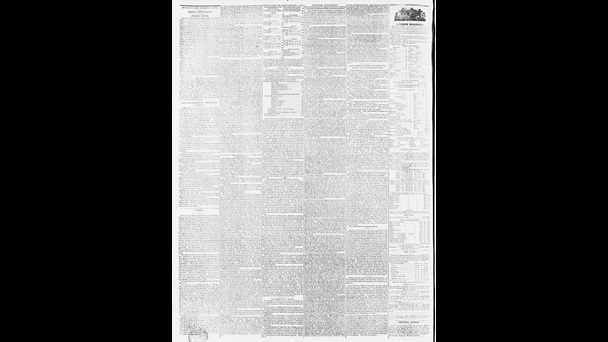 https://sounds.bl.uk/resources/lgbt/Anextraordinaryinvestigation-aconversation.mp3
Update Required To play the media you will need to either update your browser to a recent version or update your Flash plugin.

How would Eliza have described their gender and sexuality in 1833? How and why would we go back and claim this person from history? What language would we use to do this?

An erased and sensationalised life, 1901

In 1901 the Tamworth Herald published an article concerning a case of fraud heard at Marylebone Magistrates Court against an individual identified as 60-year old Catherine Coome. Coome had been married several times to a number of women and had worked as a cook on a P&O liner for several years ‘without [their] true sex being discovered’.

Throughout the report Coome is only referred to by a female identity. The male identity that they lived for 40 years is completely erased by the article.

The woman in man's attire 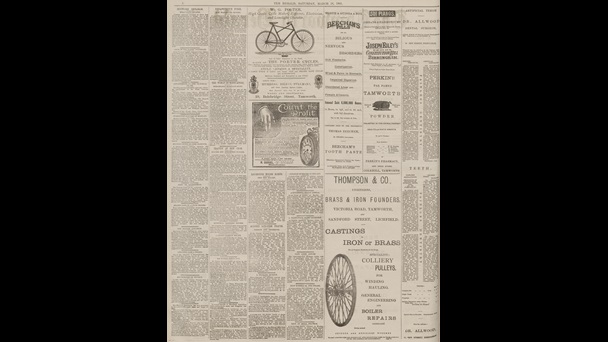 An erased and sensationalised life

http://sounds.bl.uk/resources/lgbt/Thewomaninmansattire-aconversation.mp3
Update Required To play the media you will need to either update your browser to a recent version or update your Flash plugin.

How have media representations of transgender and non- binary individuals changed in 117 years? What can this article teach us about the economy of gender both historically and today? How would this person have identified with contemporary language?

The role of museums and galleries

Museums, archives and galleries have a responsibility to ensure that all its patrons are represented and included in the histories that they create. Language is a problem, as is the ability to find consensus and work in the middle ground where narratives are open and have multiple points of access. In the last 50 years the vocabulary available to identify sexuality and gender has undergone a huge expansion. These challenges are not insurmountable, and the reward of enquiry can have a profound effect on our understanding of the past, how far we have come, and the battles left to fight.

http://sounds.bl.uk/resources/lgbt/Theroleofmuseumsinrepresentingtranslives.mp3
Update Required To play the media you will need to either update your browser to a recent version or update your Flash plugin.

What is the impact of museums and galleries neglecting to represent transgender lives?

Communities must be involved in the discovery, claiming and labelling of their past to help society better understand the boundaries of sexuality and gender in historical discourse.

Conversations, by definition are an informal talk in which news and ideas are exchanged between those taking part. We are extremely fortunate that E-J, Annie and Dr Stewart have given us their time and permission to share this conversation. The thoughts and feelings in the short clips above are fragments of a larger conversation, just as the newspaper articles are fragments from a much larger historical narrative of the UK.

00:00
36:37
Update Required - To play the media you will need to either update your browser to a recent version or update your {link}

Transgender identities in the past - full conversation

Both newspaper articles provide a stepping stone to consider a Trans reading of artefacts from the past. Though a way forward is far from clear, a seed is planted for others to find, consider and explore.

These two articles represent only a fraction of materials that can be found in our collections. What discoveries will you make?