When I was invited by Felicity Myrone to say a few words at the end of this symposium,[1] it was with the suggestion that I might like to summarise remarks I had made about the idea of topography in a review of the great Paul Sandby exhibition, curated by John Bonehill and Stephen Daniels in 2009,[2] and later developed in a chapter of my recent book on the Welsh artist and writer Edward Pugh.[3] To be brief, in these writings I had pointed out that in discussing representations of landscape, critics and historians of art had tended to assume that in the 18th century there was a widely recognised distinction between landscape and topography, or to put it another way, between landscape ‘proper’ – fine art landscape – and ‘mere’ topography. However, the terms ‘topography’ and ‘topographical’ were almost never used in the period in discussions of the visual representation of land and landscape; ‘topography’ was a genre of literature. 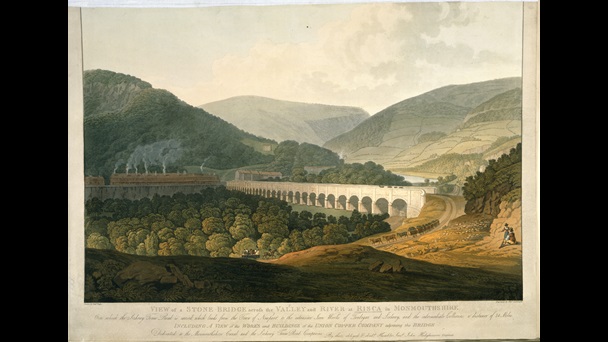 There are some apparent exceptions: the article for example on landscape painting in the 1790 edition of Encyclopaedia Britannica, where ‘topographical representations of particular scenes’, glossed as the ‘faithful representations of particular places’, are compared unfavourably with ‘ideal landscapes’, in terms reminiscent of Gainsborough’s distinction between landscapes which were the invention ‘of his own Brain’, and ‘real Views from nature in this country’, which are unworthy of being represented by artists with any claim to genius. There is also Fuseli’s famous academy lecture of the 1790s, in which he attacks ‘what is commonly called views’, the ‘tame delineation of a given spot’, as mere ‘map-work’, ‘little more than topography’, though it’s not clear here that he was thinking of topography in visual rather than, figuratively, in literary terms. In the 1820s a clear distinction between landscape art and topography was developed by the watercolourist and journalist W.H. Pyne, but for Pyne there was no question of either being inferior to the other: the difference between them was a difference in the subject-matter of the two. I argued too that the very firm distinction that developed between landscape and topography much later in the nineteenth century, which as Felicity has pointed out would be taken to justify the dividing up of the images of landscapes in the British Museum collection between the Department of Prints and Drawings and the map room, was based on a complete misreading of Pyne’s work.[4]

However on recently re-reading Archibald Alison’s Essays on the Nature and Principles of Taste, I came across an intriguing paragraph the significance of which I had missed when, six years ago, I celebrated the freedom offered by retirement by grinding my way through all the 3,000 and more 18th-century uses of ‘topography’ and ‘topographical’ in ECCO and British Periodicals. This quotation is very long, but I hope it’s worth it. ‘When a man of any taste,’ writes Alison, ‘first settles in a romantic country,

he is willing to flatter himself that he can never be satiated with its beauties, and that in their contemplation he shall continue to receive the same exquisite delight. The aspect in which he now sees them, is solely that in which they are calculated to produce Emotion. The streams are known to him only by the gentleness or their majesty, the woods by their solemnity, the rocks by their awfulness or terror. In a very short time, however, he is forced to consider them in very different lights. They are useful to him for some purposes, either of occupation or amusement. They become boundaries or land-marks, by which his knowledge of the neighbourhood is ascertained. It is with these qualities that he hears them usually spoken of by all that surround him. It is in this light that he must often speak and think of them himself. It is with these qualities accordingly, that he comes at last insensibly to consider them, in the common hours of his life.

‘It is with very different feelings,’ Alison continues,

that he must now regard the objects that were once so full of beauty. They now occur to his mind, only as topographical distinctions, and are beheld with the indifference such qualities naturally produce. Their majesty, their solemnity, their terror, &c. are gradually obscured, under the mass of unaffecting qualities with which he is obliged to consider them; and excepting at those times when either their appearances or their expressions are new [he’s thinking of weather and season], he must be content at last to pass his life without any perception of their beauty.

It seems worth quoting at length, as the occasions when topography is discussed in such detail in the eighteenth century are so rare. The more familiar you become with an area, argues Alison, the more it will cease to be appreciated aesthetically, as a landscape, and the more the objects in it will be thought of instrumentally; and that is for Alison the difference between landscape and topography, perhaps between a landscape and a place. The more we become familiar with the area, he suggests, the more inevitable will be the transition from the aesthetic to the instrumental, from landscape to place.

I’ve always been particularly interested in writers and artists who focused closely on their home places: John Clare originally, and, among visual artists, Constable, especially as studied by Michael Rosenthal, and, most recently, Edward Pugh, who began his career as a landscape artist by publishing six aquatints of views within a day’s walk of his birthplace, Ruthin, in the unsublime north-east corner of Wales. I’ll focus on Pugh: this passage suggests that as long as Pugh was content to depict the places familiar to him around his home town, he could not aspire to become a ‘romantic artist’, even if he wanted to; and that would have been the case as well as if he lived and worked in the sublime north-west as in the more homely north-east of Wales. Snowdon itself, where he was to experience the sublime of landscape as he experienced it nowhere else, would have become simply a topographical feature on a familiar face. I find this passage fascinating, but as much for what it does not say as for what it does. For it implies the terms for a counter argument that would claim that the very value of topography is that it is a way of knowing and understanding a place, not as it would have appeared to Sandby or Turner and the host of artists who poured into Wales every summer in search of romantic landscapes, but as it would have appeared, as it would have been known and understood, as a place, by the local inhabitants of Ruthin and district.

This essay is an edited version of a text first presented at the British Library’ s Transforming Topography conference, 6 May 2016, kindly supported by the Paul Mellon Centre for Studies in British Art. Films of the conference talks are also available here.

[1]Transforming Topography, a one-day conference held at the British Library 6 May 2016, with support from the Paul Mellon Centre for Studies in British Art.