David Avery examines the aims of the Chartist movement, considering to what extent their campaigns reformed the British electoral system.

Why did the Chartists campaign to reform the electoral system?

The electoral system in the early 19th century was radically different from the parliamentary democracy we have today. The system was not representative of the population in terms of wealth or region, and elections were open to corruption. Before 1832, just 10 per cent of British adult males were eligible to vote – and this portion of the population was the richest.

There were many efforts to reform this outdated system by people who used methods such as corresponding societies, pamphlets and mass meetings to spread their messages. The most notorious of the mass meetings occurred at St. Peter’s Fields in August 1819. Eleven people were killed and 400 wounded when a group of soldiers on horseback charged on the crowd. This event soon became known as the Peterloo Massacre and remained in people’s memories for many years to come, intensifying support for reform.

Reform of the electoral system finally arrived with the 1832 Reform Act, which increased the proportion of eligible voters in England and Wales to 18 per cent of the adult male population and 12 per cent in Scotland. Although the working classes had high hopes for the Reform Act, they eventually felt betrayed as despite the new legislation, the poor ultimately remained voiceless in the way their country was run. In the years following the Reform Act, the Chartists would begin to plan their campaign to try to effect real electoral change in Britain. 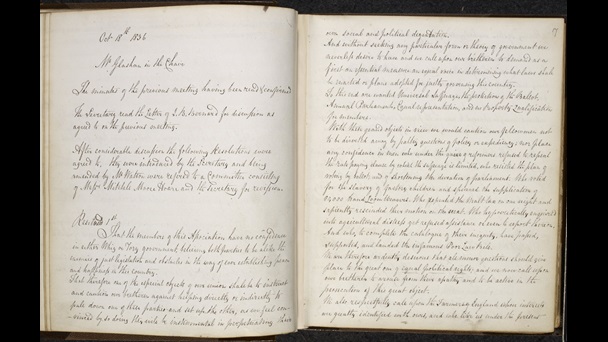 This minute book of the London Working Men’s Association from 18 October 1836 contains demands for 'Universal Suffrage, the protection of the Ballot, Annual Parliaments, Equal representation, and no property qualification for members'.

What were the aims of the Chartists?

In 1836 Cornish cabinet-maker William Lovett formed the London Working Men’s Association, along with publisher Henry Hetherington and printers John Cleave and James Watson. Besides disseminating information for the good of the working classes, the association wanted 'To seek by every legal means to place all classes of society in possession of their equal, political, and social rights.' With the help of Francis Place, Lovett composed the People’s Charter, which demanded the following changes to the British electoral system:

Although The People’s Charter did not advocate any new ideas, it created a central doctrine for radicals wishing to reform the political system. Support for the Charter spread rapidly and its advocates became known as the Chartists.

Although all Chartists believed in and campaigned for the six points of The People’s Charter, they were not an entirely unified group of people, and certain members pursued other aims to try and improve the life of working-class people in Britain. One Chartist, Feargus O’Connor even tried, unsuccessfully, to relocate the working classes from the cities to his rural utopia, O’Connorville. 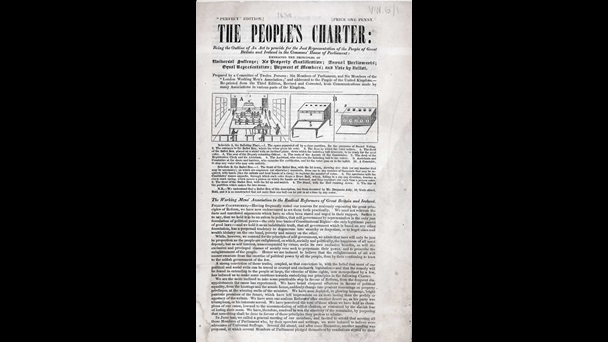 The People's Charter, written in 1838, stated the ideological basis of the Chartist movement. 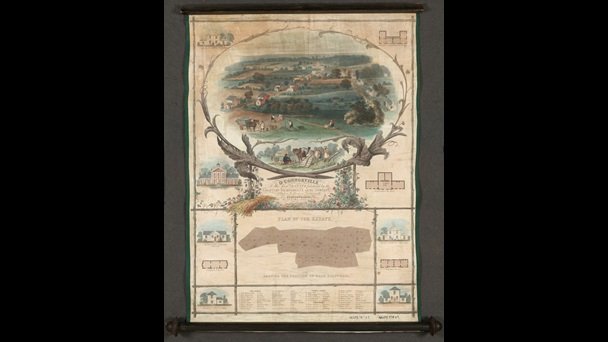 This map shows plans for a Chartist rural idyll in Hertfordshire, named O’Connorville after the Chartist leader Feargus O’Connor.

Who took part in the Chartist campaign?

Chartism was a mass movement that attracted a following of millions. Hundreds of thousands of people were sometimes reported to have attended their meetings and their three petitions amassed millions of signatures, although some were proved to be fake. Friedrich Engels wrote that '...in Chartism it is the whole working class which rises against the bourgeois', but it was more than simply a working-class movement; it attracted some rural support as well as more radical elements of the middle classes.

Although the People’s Charter did not advocate votes for women, Chartism was far from a male-only movement. William Lovett, the author of the People’s Charter, wrote in his autobiography that he was in favour of female suffrage. However, it was decided that calls for female suffrage would damage the prospects for the Charter’s success. Women may not have spoken publicly like the male Chartist orators, but many did attend meetings and mass demonstrations, and formed Female Charter Associations. Others actively challenged the Chartists to campaign for female suffrage.

How did the Chartists run their campaign?

The Chartist movement was not a completely unified organisation and its leadership was often fragmented. All members were decided on the end purpose of Chartism, but there were radical differences in opinion over the means to achieve it.

'Moral force' Chartists such as William Lovett believed that tactics such as holding public meetings, publishing pamphlets and newspapers, and taking petitions to government would succeed in convincing those in power of the moral right of electoral reform. However, many people believed that electoral reform would not be achieved through the use of 'moral force' alone. 'Physical force' Chartists, such as Feargus O’Connor, advocated the use of violence to demand the six points of the Charter be granted, should that not be achieved by peaceful means.

The more radical Chartists took part in riots in Newcastle, Birmingham and elsewhere round the country, at which leading members of the movement were arrested. The most infamous episode in the history of Chartism was the disastrous Newport Rising, which took place on 4 November 1839. A group of Chartists stormed a hotel and 22 of the protestors were killed by waiting troops. For a while the energy went out of the movement, though the National Charter Association was established in 1840 to coordinate its work across the country.

Eventually, the Chartists split into several factions and the movement's influence declined. The last big protest was at Kennington Common in April 1848, which was followed by a procession to Westminster to present another petition. The Chartist leaders claimed this petition had over 5 million signatures, but many were proved to be fake. There was a massive police and military presence, but the meeting was peaceful, with a crowd estimated by some at 150,000. The petition was defeated heavily. 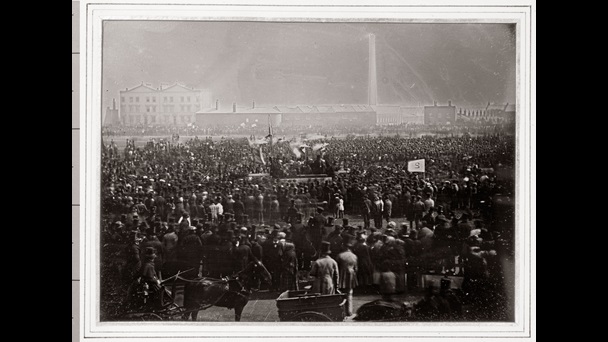 The Chartist meeting held at Kennington Common on 10 April 1848.

How successful were they?

Although the Chartists gathered enormous support in the form of signatures for their petitions, their demands were rejected by Parliament every time they were presented. By the time Chartism ended in 1858, not a single demand from the People’s Charter had become law. Although the Chartists failed to achieve their aims directly, their influence persisted and reformers continued to campaign for the electoral reforms advocated by the People’s Charter.

A new Reform Bill was passed in August 1867 that gave the vote to all male heads of households over 21, and all male lodgers paying £10 a year in rent. Further reform arrived with the Ballot Act in 1872, which ensured that votes could be cast in secret – a key demand of the People’s Charter. In 1884 the Third Reform Act extended the qualification of the 1867 Act to the countryside so that almost two thirds of men had the vote. Eventually, only one of the Chartists’ demands – for annual parliamentary elections – failed to become part of British law. At the time, Chartism may have been judged unsuccessful, but there is no doubt that the movement's campaign for electoral reform played an important role in the development of democracy in the UK.